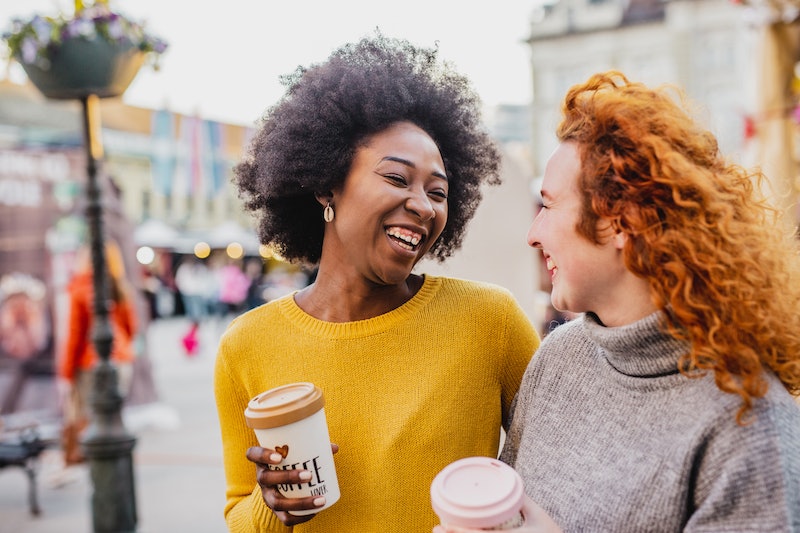 “Live, laugh, love” is a ubiquitous home decor proverb for a reason. Because who doesn’t love (and maybe even live) to laugh? The physical and emotional health benefits of laughter are well documented, so I think we can all agree that people with a good sense of humor are some of the world’s MVPs. But are LOLs written in the stars? Well, if you’re one of funniest zodiac signs, then astrology may have something to do with your comedy chops.

Some signs may be naturally funnier than others, but it takes more than being born on a certain day to spawn a killer sense of humor. If you want to get deeper into the astrology of comedy, you can look to a couple key planets while reading your birth chart. First up is Mercury, which is the planet that rules words, ideas, and how we express ourselves. Mercury is associated with things like jokes, wordplay, and riddles — so even though Mercury also rules over many serious matters, certain Mercury placements could indicate a strong wit. Another planet to check out is Jupiter, which rules everything from partying, being optimistic, and feeling jovial. This cosmic giant loves to have a good time, so a well-aspected Jupiter could indicate that someone has a fun and lively sense of humor.

Every zodiac sign has a unique way expressing comedy — meaning there aren’t any signs that are inherently doomed when it comes to making people chuckle. However, are some of your friends most likely to get you to un-ironically throw down the infamous laughing crying emoji? And might their gift for making you giggle have something to do with their zodiac sign? Here are the funniest zodiac signs of the astrological bunch so you can try to find out.

Aries are impulsive and fun-loving fire signs who have a serious goofball streak, and their silly sense of humor makes them one of the funniest members of the zodiac. Physical comedy is Aries’ strong suit, so they have no qualms with boisterously acting out a joke or making funny faces to get a laugh. Aries love to clown around and can even be a little mischievous, so you can always count on them to cheer you up and get your giggles going if you’re feeling down or in need of a boost.

Geminis are ruled by the clever and communicative planet Mercury, which is probably why they’re known for being so witty and sharp-tongued. Geminis excel at taking in details about the world around them and processing information as a fast pace, which is part of what gives them such a smart and observant sense of humor. Geminis are born tricksters and are great with words, so their never-ending arsenal of amusing puns, puzzling riddles, and brainy punchlines are sure to keep their friends laughing.

Leos are born performers who love to be the center of attention, so making people laugh and brightening up a room with their wit comes naturally to them. These gregarious fire signs are ruled by the glitzy and creative sun (aka the center of our solar system), which is part of what gives them such a warm and big-hearted sense of humor. As natural entertainers, Leos love stealing the spotlight with their good-natured jokes — so they usually have a charmingly humorous social media presence and make great comedians.

Sagittarius is ruled by the jovial planet Jupiter, which is one of the planets most closely associated with comedy — so it’s no wonder that these happy-go-lucky fire signs are one of the funniest in the zodiac. Sagittarians are worldly and adventurous, so they often have lots of hilarious tales to tell about their travels and experiences. They also aren’t afraid to say what’s on their mind, so even if their sense of humor borders on crude or offensive, they’re sure to get a good amount of laughs, and their good-spirited nature will ultimately shine through.