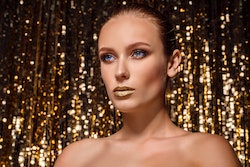 We live in a celebrity-obsessed culture, so naturally many of us enjoy reading about the astrology charts of famous people to glean some cosmic insight into their seemingly magical lives, talents, and relationships. All of this celeb astro talk might leave you wondering if there are certain zodiac signs more likely to be famous than others. While there are different factors to whether someone catches the world’s attention, the planets can definitely play a role in people’s path to stardom.

Zodiac signs are one easy way to categorize personality traits in astrology, but if you want to dig beyond that, there are plenty of other markers in our birth charts that can point toward fame, too. Start by checking for any major planetary aspects involving your Midheaven (which is located at the cusp of the tenth house) by using a virtual natal chart calculator or consulting an astrologer. Midheaven signs represent our public persona, career life, and the legacy we leave on the world — so depending on the relationship this point forms with other important planets, it could indicate more public notoriety or time in the spotlight.

Obviously it takes more than being born on a certain day of the year to propel someone into superstardom. But if you’re one of the few zodiac signs most likely to be famous, perhaps you’ll have a little extra luck on your side on your quest to fame and fortune.

Leo is the sole zodiac sign ruled by the sun, which is why people born under this sign naturally love being in the spotlight and taking center stage. These passionate and confident fire signs are the natural superstars of the zodiac, so they’re often drawn to the opulence, drama, and performative nature of celebrity life. Because the sun is the planet of self-expression, Leos are naturally creative and enjoy flamboyantly showing off their talents. The celebrity world is chock-full of notable Leos — Meghan Markle, Madonna, Dua Lipa, Jennifer Lopez, Kylie Jenner, Demi Lovato, and President Barack Obama. Whether it’s within politics, movies, music, social media, or even the royal family, no one can take their eyes off Leos’ glitzy and headline-grabbing public personas.

Libra is the air sign ruled by Venus, the romantic planet of art and beauty. Libras are known as one of the most charming and social signs of the zodiac, which can help them get connected to the right people (fame is about having connections, right?). And thanks to luxurious Venus always being in their corner, Libras are also highly aesthetically-inclined and fashion-forward, which enables them to build a unique and visually-appealing look that sets them apart from the crowd. Think of phenomenon Libra celebs like Kim Kardashian West, Cardi B, Gwen Stefani, Doja Cat, and Bella Hadid — all of whom dominate the celebrity world when it comes to everything from music and modeling to social media and sponsored deals.

Sagittarius is the fire sign ruled by Jupiter, which is the planet of luck and fortune. Because Sagittarius naturally has Jupiter's blessing, they've got a little extra sparkle on their side when it comes to taking risks and catching lucky breaks. Additionally, as a fire sign, they’re driven by their passions and have an unquenchable thirst for the adventures that celebrity life can bring. That said, it’s no surprise that there are so many world-famous pop stars who are Sagittarians: Taylor Swift, Britney Spears, Nicki Minaj, Miley Cyrus, Christina Aguilera, and Jay-Z.

Air sign Aquarius is the most innovative, forward-thinking, and visionary sign of the zodiac. Aquarius is also associated with the eleventh house of the zodiac, which corresponds with fans and popularity, as well as our dreams and wishes. People born under the sign of Aquarius are natural trendsetters who love to stand out from the crowd and challenge the status quo, so it makes sense that their unique energy would propel them into fame and notoriety. Think of groundbreaking celebrities like media mogul Oprah, style icon and pop star Harry Styles, and the original socialite Paris Hilton — all of whom are willing to make their own rules and think outside the box.

Water sign Pisces are some of the most creative and sensitive souls of the zodiac, which is why so many of them end up expressing their deep emotions through artistic avenues that could lead to fame — like music, performance, writing, or visual art. Pisces ruling planet is illusive Neptune, which rules things like cinema, acting, glamour, and the allure of fame. That said, it’s no surprise that superstar hitmakers like Rihanna, Justin Bieber, and Olivia Rodrigo are all Pisces. And the heartfelt contributions of many famed zodiac fish are celebrated posthumously, too: Kurt Cobain, Elizabeth Taylor, and Albert Einstein are all Pisces who remain household names, even years after their deaths.