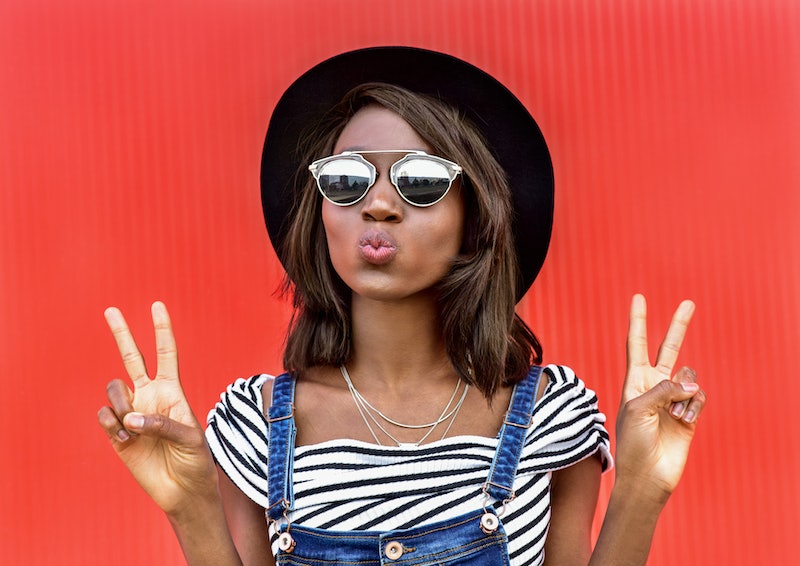 We can officially say we survived yet another Mercury retrograde period — and surviving just about anything in 2020 is cause for celebration. The summer's Mercury retrograde lasted for three weeks, bringing along with it the usual mix-ups, miscommunications, and malfunctions that we've come to expect from this transit, all tinged with an emotional splash of tears thanks to the retrograde cycle taking place in sensitive water sign Cancer. While we're all eager to get back to life as usual (whatever that means, at this point), we're not out of the woods yet. As soon as the retrograde ends, the Mercury retrograde summer 2020 post-shadow period (aka the retroshade) begins, and it's here through July 26, giving us two weeks of adjustment time to slowly integrate the lessons that the retrograde imparted.

In case you missed it, retroshades in astrology refer to the pre- and post-shadow periods of a retrograde cycle that take place just before and after a planetary backspin itself. During the pre-shadow phase, we begin to feel the slowed-down energy that the retrograde delivers, and we're reminded that it's time to tie up loose ends and prep for what's to come. During the post-shadow phase, which we're heading into with Mercury now, we'll feel the energy slowly start to shift out of retrograde mode — and this gives us a chance to reflect on the lessons we learned during the retrograde and move cautiously back into a more usual pace. Of course, knowing how to work with Mercury retroshade energy is going to be super helpful if you don't want to run into retrograde-esque snags over the coming weeks.

"Mercury turns direct July 12, [and this is the] period where Mercury starts to reverse course and inch forward as opposed to backward," astrologer Leslie Hale of Keen.com tells Bustle. "But after July 26, all systems are on go and we can move forward full steam ahead." Because this retrograde took place in watery Cancer, emotions really took the forefront. It's likely that we felt more sensitive to (and perhaps more easily offended by) other people's words and actions, and we're not going to be out of our feels just because the retrograde is over. During the retroshade (and really, through the duration of Mercury in Cancer on the whole), we're still going to be working through our sensitivities to other people's thoughts and ideas and trying to clarify our intent after realizing our own may have been misconstrued by others.

Here are all the do's and don'ts of Mercury retroshade summer 2020 that everyone should keep in mind as they navigate the latter half of July.

DO: Process The Retrograde's Lessons With People You Trust

Retrogrades aren't here to annoy us, contrary to popular belief — they're here to ask us to reflect on different areas of our lives and reevaluate things. In the case of this Mercury retrograde, we were being asked to reflect on our emotional foundations, examining the familial patterns that influence the way we think, communicate, and handle the little details of our lives, as well as trying to mesh our sensitivities with logic. If we want to make the most of a retrograde period, we absolutely must do our due diligence during the subsequent retroshade by putting time aside to actually process our feelings and reflect on what we've learned. Try journaling out the personal issues that have come forth over the past month, or have a heart-to-heart with a trustworthy family member or friend to sort through your feelings together.

Mercury in Cancer can make us feel more sensitive and easily offended — and during the retrograde in this sign, it was definitely likely that we took some things out of context or felt personally attacked by someone else's words or actions, even if their harm was unintentional. We should continue to check our emotional reactions to call-outs and other sensitive topics and make sure we're sprinkling a healthy dose of logic over our raw emotion. "Thinking will remain more emotional than logical, and our decisions may be based on emotional considerations as opposed to logical ones," Hale says. It's good to honor your emotions, but it's also important to understand that not everyone is out to hurt you. Bring some rationality to your sensitivities and think through why certain things trigger you. This is a great opportunity to learn more about why certain feelings surface when they do.

DO: Continue To Expect The Unexpected

During Mercury retrograde periods, most of us astrology lovers are a little extra cautious — like, it's advisable to triple-check your texts and e-mails for typos, confirm plans before heading out the door, and leave a little extra wiggle room in your schedule to account for traffic and timing snags. Well, don't stop these retrograde habits just because Mercury's gone direct. "[During the shadow period], things can change direction once again and the confusion may not be quite over quite yet," Hale says. "We can still receive unexpected news, and situations are still changeable and fluid." Don't let your guard down entirely when it comes to the Mercury ruled areas of your life, as there's still a higher likelihood of confusions and unexpected twists.

Once Mercury turns direct, we'll start to feel the forward motion of our plans and projects once more — but it's important to not move ahead too quickly. While now's definitely a good time to jump into your fresh ideas more tangibly and start getting the ball rolling on things in your love life or career again, it's best to wait until the retroshade clears to actually set anything in stone — whether that's signing a contract or booking a trip. While it's OK to dive into fresh discussions and projects and thinking toward the future, save putting your signature on the dotted line for the very end of the month, when the retrograde's shadow won't be casting a confusing haze over your ability to think clearly.

DO: Practice Empathy Toward Others — & Yourself

During this retrograde, everyone had a tendency to look at the world through a more emotional lens — and it's likely that because of this heightened sensitivity, we may have inadvertently offended someone else with our ideas or words, or vice versa. The best way to do undo any retrograde-induced drama that may have taken place is to embrace Cancer's sensitive communication style and really lean into empathy. By putting yourself in someone else's shoes and really working to change your perspective, you'll be able to make amends from a much more genuine and caring place. Don't be afraid to be vulnerable — this retrograde's drama offers you a beautiful chance to learn and grow in your emotional intelligence.

DON'T: Be A Daredevil

The post-retrograde shadow is definitely a time to play it safe, because on July 27, Mercury forms a tension-filled square aspect to aggressive planet Mars — which echoes back to the square that took place between them back on July 8, when Mercury was still retrograde. This energy can be really aggravating, and can even make us more accident prone — so it's a good idea to be extra cautious, especially while driving or doing any sort of physical activities. "Mercury’s square to Mars can be irritating, overly emotional, and combative, and it is a good idea to watch erratic driving on the part of both yourself and others," Hale says. Put up your defenses and watch for danger, as this aspect makes it hard to think clearly and can cause people to act more impulsively or let their rage and emotion dictate their actions.