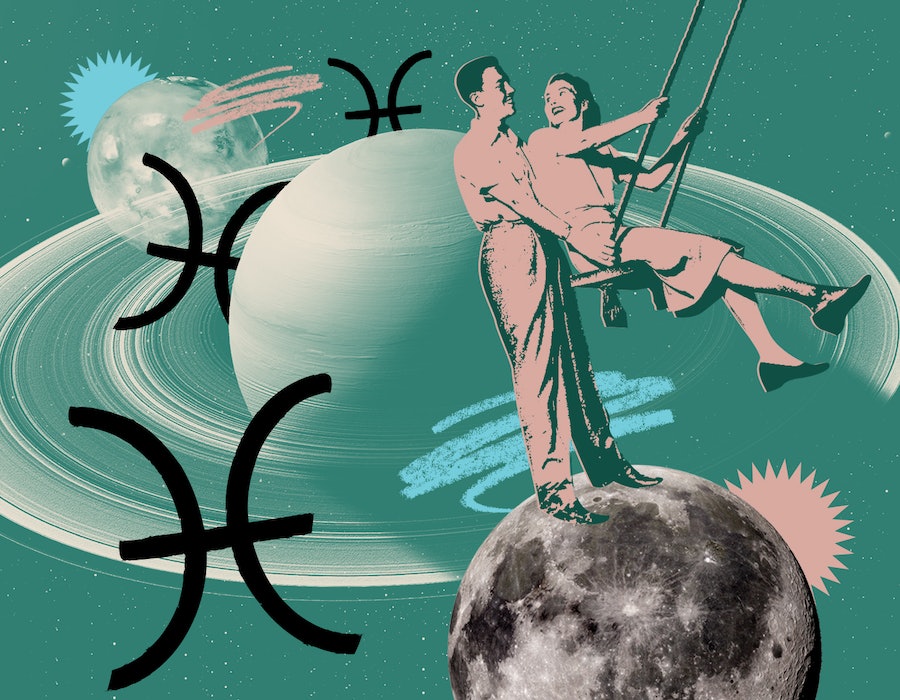 Water signs are the emotionally attuned empaths of the zodiac. That’s part of what makes dating a Pisces zodiac sign such a dreamy and heartfelt experience. While there’s more to relationships than zodiac signs alone, looking to the astrology of love can help us all get on a more cosmic wavelength when it comes to romance. If you were born under the sign of the fish, knowing the most common mistakes Pisces make in relationships and how to avoid them can make your love life flow a lot easier.

If you’re dating a Pisces, prepare for romance to reach a nearly transcendental level, because these sensitive souls love to forget about time and get lost in their feelings. Pisces is a water sign, which explains why they’re so sentimental and open-hearted when it comes to relationships. These dreamy fish are also highly emotional, so they appreciate a lover who’s deep and willing to be tender and vulnerable with them. Look forward to lots of artistic expressions of love from a Pisces — like personalized mixtapes or hand-written love poems — as they’re one of the most creative signs of the zodiac.

As an astrologer, I know that every zodiac sign has a unique way of approaching things in love and a different set of struggles to overcome when dealing with romance. And when it comes to astrological dating advice for Pisces, the best thing to do is to avoid making the following common mistakes in relationships.

To a Pisces, there’s no clear designation between where their feelings end and their partner’s begin. While this concept is romantic, it can also point to a major lack of emotional boundaries, which can result in unhealthy codependent relationships. Pisces should practice setting and honoring boundaries in relationships to up the lasting power and happiness levels.

As the zodiac sign ruled by illusive planet Neptune, Pisces are dreamers with creative imaginations. But their desire to live in a fantasy can sometimes lead to them being unrealistic about love. If a relationship isn’t working or a partner isn’t being true to them, Pisces should make sure they’re not ignoring the obvious signs, even if it’s painful to face. Being more realistic can help prevent deeper heartbreak in the long run.

Pisces are whimsical creatures who like to follow their hearts, be spontaneous, and go with the flow. Unfortunately, this fanciful attitude can sometimes come off as flaky if Pisceans struggle to stick to set plans or honor people’s time. Even though being schedule-oriented doesn’t come naturally to Pisces, they should make a concerted effort to be more on top of timing and plans out of respect for their partner and for the sake of their relationship.

As the zodiac’s mutable water sign, Pisces often change their minds about their ever-evolving feelings — and this emotional ebb and flow can sometimes cause Pisces to fall in love at first sight only to have the spell broken just as quickly. It’s OK to be unsure about committing, but Pisces should be clear about where they stand so they don’t end up coming off as wishy-washy.

5. Not Putting Feelings Into Words

Not everyone is as naturally intuitive as a Pisces, but these empathically attuned fish often forget that — so sometimes they have a tendency to expect their lovers to read their minds. To avoid miscommunications, Pisces should make an effort to put their feelings, suspicions, and intuitions into words instead of assuming that their partners are receiving their psychic messages.

As one of the highly emotional water signs of the zodiac, Pisces have a heightened sensitivity and often take things to heart — which can make it hard for their partners to bring up any issues or constructive criticism. Pisces should practice strengthening their communication so they can express when they feel sensitive and clear the air before things spiral into hurt feelings.

7. Changing Themselves For A Partner

Pisces are true empaths, so they can almost always pick up on the subtle needs and desires of their partners. However, morphing into a different version of themselves in order to please someone else is bad for a relationship. If you’re a Pisces, trust that what you’re authentically bringing to the table is more than good enough if you’re with the right person.

In traditional astrology, Pisces are ruled by abundant planet Jupiter rather than Neptune, and this influence imbues Pisces with boundless optimism. But when taken to an extreme, Pisces’ idealism can make them seem like space cadets who aren’t seeing things clearly. If you’re a Pisces, be sure to give your relationship some reality checks in relationships to ensure you’re being a down-to-earth partner.

9. Checking Out During Times Of Stress

If a Pisces is overwhelmed or stressed by a situation or a relationship, their escapist tendencies often lead them to “checking out” instead of buckling down to get their affairs in order. But shutting down, closing off, and leaving things disorganized can cause serious problems within partnerships. Setting aside time to connect with a partner during stressful periods is a must.

The sign of Pisces is associated with the twelfth house of the zodiac, which is all about solitude and restoration time — and that’s part of why it’s so important for Pisces to give themselves quality time alone, even if they’re in a committed partnership. It’s easy to get caught up in always hanging out with a significant other, but emotional Pisces really need to rest and recharge solo, too.