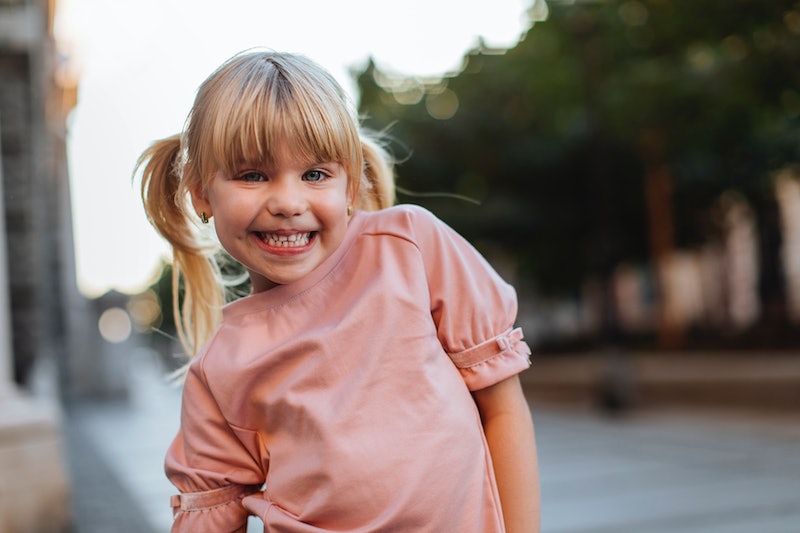 If you’re not yet a parent, have you ever wondered what it would be like to have the pressure of naming a child fall on your shoulders? Or, perhaps, what names your own parents fought over giving you in 1995 or whenever you were born? You want a name to be unique yet on trend, exciting and not too basic, and maybe you even want to manifest some personality traits for the child as they get older by naming them after one of your favorite celebrities or best friends. In 1995, some of the most popular baby names were clearly because of the latter.

It's impossible to disentangle baby name trends from the media and cultural trends, especially in the United States, so the top names of each year are clearly a sign of the times. In 1995, the very middle of a very good decade, for example, TLC and 2pac reigned, 90210 and Friends were on the air, and the fashion — well, it was, um, a lot. Similarly, the baby names that now signal "'90s baby! This person right here was born in the '90s!" were also a lot.

But before everyone decided on Michael and Jessica (the top baby names of the decade), they had to be considering other options. And in my very professional, baby-name-trend-following opinion, these were probably the names. If you're feeling very thankful right now, that's an appropriate reaction.

Sure, Cher may be a little on the nose in terms of naming your baby after an idol (and I'm talking both Cher the singer and Cher Horowitz, star of Clueless, the best movie ever, which happened to come out in 1995), but think of all the fun conversations it could lead to.

1995 was a prime year for Hulk Hogan and the WWF, I guess. It only makes sense that he would be a prime pick for a baby, if you wanted your baby to be big and tough and have a preference for the color yellow.

Yes, Mariah Carey is the ultimate diva, but her talent is undeniable. In 1995, her single "Fantasy" was topping the charts, she was pioneering the butterfly fashion trend, and your parents were probably quarreling about whether or not to name you Mariah.

It's no coincidence that Brandon is the number 11 most popular name for boys born in the '90s according to the Social Security Administration, and also the name of sensitive hot dude Brandon Walsh from the ultra-popular '90s staple 90210.

Oh, Amber. A name synonymous with the '90s and those crop tops you’d get with your name spray painted across them at the beach. Amber was perhaps too popular for parents intent on giving their kid a truly unique moniker. Or they just didn't want to name their baby after the poser-enemy from Clueless.

Is it possible to be named Tanner and not be a lovable jock love interest? Will the universe just invert?

Did you just start singing the theme song to Doug, or...

Let's be real: The 1995 BBC miniseries of Pride and Prejudice is one of the top five best adaptations ever. I still own a VHS box set of it. Someone wanted to name their kid Darcy. (But definitely no Fitzwilliam.)

Whitney Houston singing the "Star-Spangled Banner" at the 1991 Super Bowl is something to name your baby after.

I mean like, yeah, Alec Baldwin was kind of everywhere in the ‘90s. But the name “Alec” sort of sounds like you got confused about the name "Alex." Maybe that’s why it was the number 137 popular name during the '90s decade? Sorry to be a hater.

Why would you not want your daughter to be exactly like Topanga Lawrence from Boy Meets World? But also, fair that you can raise a Topanga without actually naming her... that.

Which Mowry twin from Sister, Sister would you pick though? Can you even have one without the other?

Are you a Mario Lopez or a Mario and Luigi? No one wants that much pressure put upon their shoulders.

Ashley was the second most popular name of the '90s, but Mary-Kate? Nowhere to be found in the top 100. Why? They were both in their prime in 1995.

Three different variations of this name were in the Top 150 names in 1995 (the other two being Jonathan and Jonathon). This one looks the most like you adored Jonathan Taylor Thomas, but made a spelling error on the birth certificate.

This article was originally published on Aug. 30, 2016