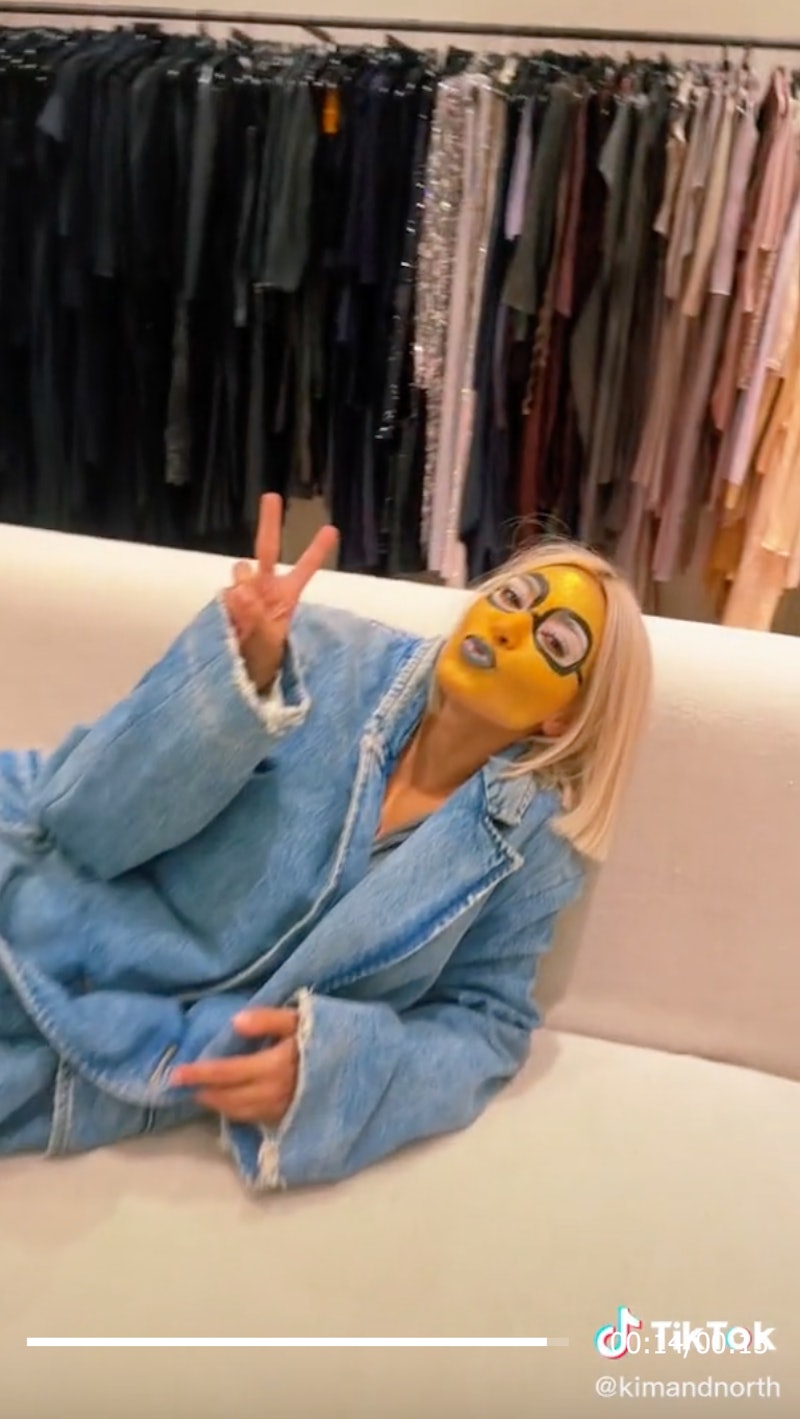 The Minions: Rise of Gru has held a surprising amount of real estate in the zeitgeist this summer. It’s not every day that an oddball kid’s animated franchise boasts a soundtrack stacked with celebrity cameos from the likes of Diana Ross to Phoebe Bridgers. Not to mention, the Minions sequel is the highest-grossing animated film of recent years. Not so surprisingly, the internet has been churning out hilarious Minion-centric content surrounding the movie’s release. And, just when you might have thought things would quiet down after the “#GentleMinions” theatergoing trend, TikTokers have found another way to keep the gibberish-speaking yellow creatures on your For You Page with a new Minions makeover prank.

The trend seems to have picked up on TikTok some time in July, as videos of users pranking their loved ones by putting Minions makeup on them began to take off. The trend’s sound, a hilarious Minions cover of All-4-One’s “I Swear,” now has over 168.9 thousand videos. Hashtags like #minion and #minions have continued to rack up billions of views, while #minionmakeup now has over 59.8 million views.

Whether you’re itching to pull the prank on your own younger sibling, or just need a wholesome laugh, here are some of the best Minions makeup pranks on TikTok.

How Are TikTokers Using the Minions Makeup Prank?

It seems that the most common way TikTokers are pulling off this trend is by convincing family members to let them do their makeup. Expecting a typical makeover – or in the case of many little ones, expecting their faces to be painted like Spiderman – the prank-ee obliges. It’s not until the grand reveal in a mirror that most victims realize that their face is covered in yellow eyeshadow and painted-on glasses.

More often than not, the prank is pulled on little kids. And a quick scroll through the trend’s sound will show you that the prank also often ends in tears. The eyeshadow may fade, but the trust issues may last forever.

As the trend has taken off, many have just used the trend as an excuse to try out Minion-inspired makeup – no pranking required. Most notably, Kim Kardashian and her daughter North posted their rendition of the trend on their join account.

And JoJo Siwa recently posted a dazzling take on the trend.

Of course, as always, TikTokers are always ready to push the envelope on trends. And many have taken the trend a step further by choosing to “prank” their unsuspecting toe.

Or, their pet axolotl.

Whether you’re an avid makeup tutorial guru, or barely know how to contour, the trend is pretty straightforward. So, grab your yellow, black, and white makeup tools and go recruit an unsuspecting relative.