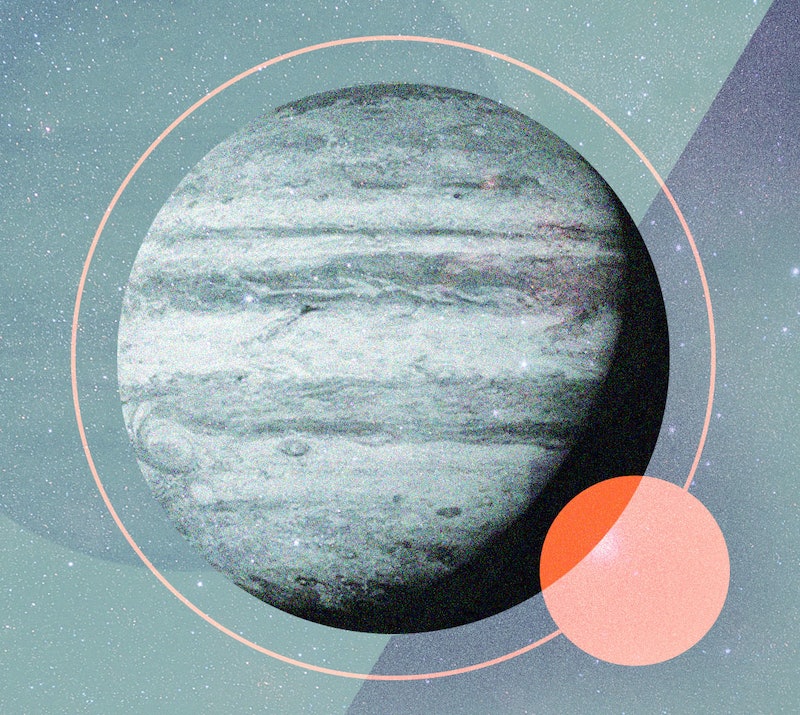 If you’ve heard gossip about a mysterious 13th zodiac sign floating around the astro-sphere and threatening to upend your understanding of astrology entirely, you’re not alone. The idea that the constellation Ophiuchus might be the 13th zodiac sign has gone viral in recent years, leading people to think that their zodiac signs may have changed. However, this theory is based on astronomy, not astrology, and it has been dismissed by modern astrologers. After all, not all constellations are zodiac signs! Ophiuchus doesn’t have an official place in the tropical zodiac used by most western astrologers, and therefore hasn’t been assigned an element, modality, or ruling planet, as the other zodiac signs have.

However, that hasn’t stopped the mysterious 13th zodiac sign from captivating people’s attention. Ophiuchus is a real constellation that’s nestled between Scorpio and Sagittarius. From our vantage point here on earth, celestial bodies pass through it the same way they do through the zodiac signs’ constellations — so from an astronomical perspective, it makes sense to wonder if it should be a zodiac sign. However, ancient Babylonians intentionally omitted Ophiuchus from the zodiac wheel as a way of keeping the 12 zodiac signs aligned with the number of months in the year. The mainstream types of astrology practiced in the western world are based on these teachings, which is why you won’t be reading a horoscope for Ophiuchus anytime soon.

While tropical astrologers don’t acknowledge Ophiuchus as being part of the zodiac, there are many branches of astrology that view the zodiac differently, and some sidereal astrologers are open to the concept of Ophiuchus joining the zodiac. Regardless of what side you’re on, Ophiuchus has certainly piqued people’s curiosity, and it’s interesting to theorize about what Ophiuchus’ ruling planet would be if it were to join the ranks of the other 12 signs.

The Case For Chiron As Ophiuchus’ Ruling Planet

In astrology, each zodiac sign is ruled by a different planet — and the planet’s cosmic qualities have a big influence on the energy of the signs they govern. Most astrological archetypes are loosely based on mythology, so it makes sense to look to the ancient lore behind Ophiuchus’ name in order to create theories about its would-be ruling planet. The constellation is represented by the symbol of a serpent-bearer or serpent, and is associated with Asclepius, the Greco-Roman god of medicine. According to myth, Asclepius was a gifted doctor who possessed otherworldly healing abilities, and he could even bring people back from the dead. Asclepius is said to have been raised and mentored by the skilled centaur Chiron, who taught him the power of healing and the ways of medicine.

Chiron’s presence in Ophiuchus’ mythology is notable, given that in modern astrology, there’s a minor planet named after him. Chiron in astrology is known as the “wounded healer,” and it represents our ability to turn pain and vulnerability into the gift of strength. This mythological connection between Chiron and Ophiuchus — as well as the shared themes of healing associated with both figures — has led some astrologers to theorize that Chiron would be Ophiuchus’ ruling planet, if it were to be factored into the zodiac.

“In mythology, Ophiuchus and Chiron are inherently linked, so it would make sense that Chiron would be the ruling body of Ophiuchus, as they are both healers” astrologer Sachi the Scorpio, who practices true sidereal astrology, tells Bustle. “In the tropical algorithm, Chiron is know as ‘the wound that does not heal,’ and I believe this mentality comes from the fact that Chiron can never be ‘home’ — since transits through Ophiuchus are wholly ignored.”

Unlike the other major planets in astrology, Chiron does not have any sign of rulership to call home as it transits through the zodiac. However, unlike most of those planets, Chiron is classified as a comet or minor planet, and it wasn’t discovered until 1977 — making it a relatively recent addition to the modern astrological canon. That said, as celestial discoveries are made, the practice of astrology can evolve, too. “Every orbiting body on a basic natal chart has a sign associated with it, except Chiron,” Sachi says. “Chiron is the most famous orbiting mass other than the planets, [and it’s] used in nearly every single chart calculator — therefore it makes sense Chiron would have a constellation to be home in.”

The Influence Of Jupiter & Pluto On Ophiuchus

Because the constellation of Ophiuchus resides between the constellations associated with Scorpio and Sagittarius, it’s been theorized that the so-called 13th zodiac sign might possess some of the traits of its zodiacal neighbors. Because of that, people who are interested in exploring Ophiuchus in astrological sense might want to check out Scorpio and Sagittarius’ ruling planets for inspiration. Scorpio is ruled by transformational planet Pluto in modern astrology, and this spiritually deep and powerful energy aligns with some of the theories about Ophiuchus’ healing abilities. Sagittarius, on the other hand, is ruled by expansive planet Jupiter, which is all about growth, knowledge, and higher education. This, too, aligns with the mythology of Ophiuchus being a well-studied healer and doctor.

Interestingly, both Pluto and Jupiter’s mythological counterparts happen to make major appearances in Ophiuchus’ ancient backstory, making its would-be location in the zodiac wheel even juicier. “In mythology, Pluto (ruler of Scorpio) has Jupiter (ruler of Sagittarius) murder Ophiuchus, because his ability to raise the dead was bad business for the underworld,” Sachi tells Bustle. The gods that these planets were named after play a significant role in the myth of Ophiuchus, so if it were to someday become a zodiac sign, it’s fair to consider the influence these celestial bodies may have on potential Ophiuchius zodiac traits, too.

More like this
Here's Your Daily Horoscope For May 26, 2022
By Mecca Woods
Here’s Your Horoscope For June 2022
By Alexandria Lettman
5 Crystals To Manifest More Self-Love
By Megan McCarty
4 Zodiac Signs Least Affected By The May New Moon
By Brittany Beringer
Get Even More From Bustle — Sign Up For The Newsletter

This article was originally published on Jan. 14, 2022