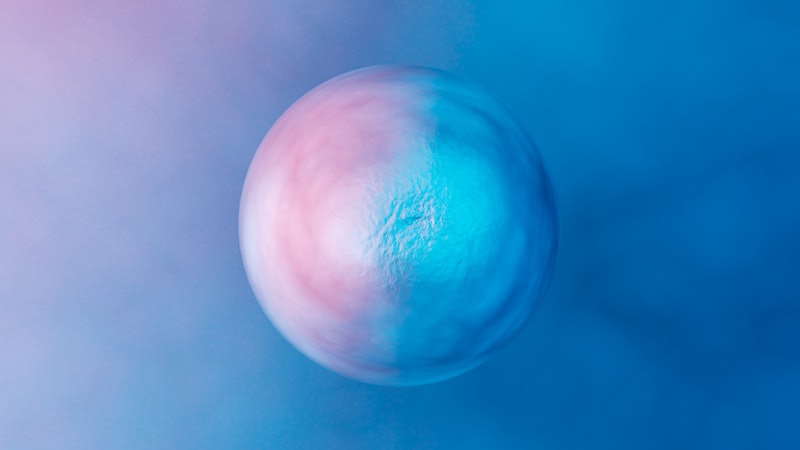 Astrology is more than just our sun, moon, and rising signs. Every point and planet in the zodiac represents different parts of who we are and how we operate, no matter how big or small they are. But right now, let’s focus on the big — like, largest-planet-in-the-solar-system big. That title goes to Jupiter, the planet of good luck and expansion in astrology. Understanding the meaning of Jupiter in astrology and knowing what your Jupiter sign represents is a great way to explore your relationship to luck, learning, and living in line with your ethics.

The personal planets in astrology (which include the sun, moon, Mercury, Venus, and Mars) tell us a lot about our personalities and the way we respond to things. But as one of the transpersonal social planets (which are further away from the sun than the personal planets and have a more collective influence), Jupiter in astrology tells us more about how we relate to larger themes within ourselves and society as a whole. Things like philosophy, spiritual beliefs, morality, and higher learning are all Jupiter-ruled themes, so this planet encourages us to think big and explore the far-reaching corners of the human spirit. As far as the zodiac goes, Jupiter is the ruling planet of Sagittarius, as well as the traditional ruler of Pisces — so its energy is extra important to people born with a lot of Sag or Pisces energy in their astrological birth chart.

While its themes can get pretty philosophical, there’s a reason why Jupiter is often known as the planet of good luck, too. Read on for a deep dive into the astrology of lucky Jupiter.

Why Is Jupiter Considered A Lucky Planet?

Jupiter is named after the “King of the Gods” in Roman mythology (also known as Zeus in Greek mythology), so it’s no wonder this planet is known for being such a mighty astrological force. Like its divinely royal namesake, Jupiter in astrology is all about fortune, abundance, and expansion. Think of Jupiter as the wealthy, intelligent, and fun-loving maximalist of the zodiac — it wants to take up space, have a good time, and do the most at all times. This go-big-or-go-home attitude is what makes Jupiter such an optimistic and fortune-bringing astrological force. It was actually was known as the “greater benefic” in traditional astrology — which alludes to the great benefits that it brings wherever it travels in the zodiac.

While no planet in astrology is inherently “good” or “bad” (the way cosmic energy manifests all depends on the placements of and relationships between the planets), Jupiter is often celebrated for its powerful ability to bring a positive outlook and an extra bit of prosperity to any situation. As the largest planet in astrology (next to the sun, of course), Jupiter also expands things. On a bad day, this energy could exacerbate a negative situation or cause us to go overboard on something — but more often, the expansive vibes help us in opening our minds, broadening our horizons, and manifesting abundance in our lives. Jupiter’s natural auspiciousness inspires us to chase our dreams, no matter how lofty they are.

What Happens When Jupiter Retrogrades?

Since Jupiter is the planet of good luck, it makes sense to worry that Jupiter retrograde would bring the opposite (given the murky reputation of retrogrades in astrology) — but thankfully that’s not the case. Jupiter retrograde periods (which happen once a year and last for about four months at a time) give us a chance to reflect on our personal philosophies, align ourselves with our belief systems, and integrate some of the paradigm shifts and spiritual upgrades that we’ve experienced recently. There’s nothing unlucky about them! Because of the good vibes usually associated with this planet, Jupiter’s backspin is considered one of the chillest retrogrades in astrology.

Your Jupiter sign in astrology represents your philosophies on life, your spiritual and educational growth, and the areas in life where you have the most luck and abundance. Things like world travel, higher learning, and personal ethics also fall under Jupiter’s astrological rulership, so our Jupiter signs can tell us a lot about how we pursue knowledge and approach matters of morality. This planet is always encouraging us to seek more knowledge, take more risks, and look at the bright side. For Jupiter, there’s no satiating the ever-rumbling appetite for growth.

In order to calculate your Jupiter sign, you'll need to use your birth date and year. You can look up Jupiter's location in the zodiac on the date and year of your birth using an online Jupiter transit table, if you don't mind scrolling through many dates. But your astrological birth chart will also show your Jupiter sign, so dig up your birth certificate and consult a professional astrologer to get the details, or use an online birth chart calculator to figure it out at home. If you already have a copy of your birth chart or an astrology app with a table of the planets in your chart, take a look there.

The abundant and auspicious energy of Jupiter in astrology has the power to bring good fortune and new opportunities wherever it goes in the zodiac. Working with the energy of lucky planet Jupiter can help us align with our higher-minded aspirations and broaden our horizons, reminding us that there’s always room to expand and grow.

More like this
These 4 Zodiac Signs Will Be Extra Lucky In October
By Brittany Beringer
The Temperance Tarot Card Wants You To Connect With Yourself
By Kristine Fellizar
The Fool Tarot Card Meaning, Explained
By Nina Kahn
The Law Of Assumption Manifestation Method, Explained
By Brittany Beringer
Get Even More From Bustle — Sign Up For The Newsletter