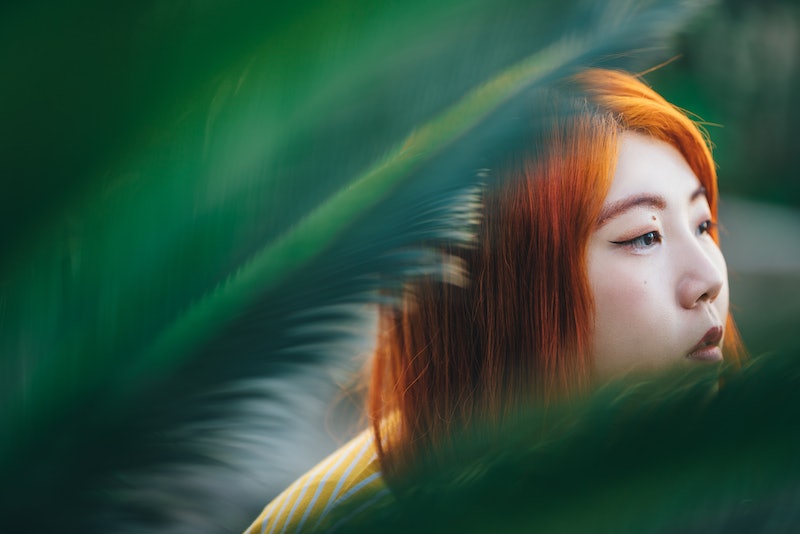 If you’ve been on the internet lately, there’s a chance you’ve come across the claim that there’s a mysterious new zodiac sign being factored into the astrology sphere — and that your zodiac sign may have changed because of it. The idea that a constellation called Ophiuchus is suddenly the 13th zodiac sign can be traced back to a viral astronomy-related article written for kids, but the theory has since been debunked as having no astrological basis. After all, there are lots of constellations, and not all of them are zodiac signs! As an astrologer, I’m happy to officially dismiss this internet theory — but the mystique of a possible new zodiac sign has captivated people’s imaginations nonetheless.

So let’s humor the idea, just for funsies. Based on the sun’s movement through various constellations, it technically passes through Ophiuchus’ territory between approximately Nov. 29 and Dec. 17 each year. In tropical astrology (which is the basis for mainstream western astrology), people born during this timeframe are considered Sagittarians. However, if this elusive 13th zodiac sign were to be factored into the astrological equation, these people might be Ophiuchans instead.

If your zodiac sign were indeed to shift from Sagittarius to Ophiuchus, would that mean you’d have been living an astrological lie? Not necessarily — it’s presumed that Ophiuchus traits are likely similar to Sagittarius traits, as it’s nestled next to that sign’s constellation. “Ophiuchus is dynamic, powerful, funny, honest, and intellectual — all of the good parts of Sagittarius,” astrologer Lisa Stardust, author of The Astrology Deck, tells Bustle. “They also have a healing vibe that can help others grow.” Because this constellation is also situated next to watery Scorpio, it’s thought that if Ophiuchus were a sign, it may be influenced by some Scorpio-like qualities as well.

However, at this point, any assertions about Ophiuchus’ zodiac strengths are nothing more than imaginative theories — as this alleged new sign doesn’t have an element, modality, or ruling planet assigned to it, as all the other zodiac signs do. But for the sake of entertainment and curiosity, here’s a look at what could be considered the most positive Ophiuchus personality traits if this constellation were to actually become the 13th sign.

1. They Have A Strong Presence

Ophiuchus is represented with the symbol of the serpent or serpent-bearer, which paints a striking image that flirts on the brink of dangerous. However, that doesn’t mean that Ophiuchans would need to be feared — it simply implies that they’d have a strong and powerful presence that captivates people and grabs their attention.

Both Scorpio and Sagittarius, Ophiuchus’ neighboring zodiac signs, are known for having lots of heart and passion — and this combination of intense emotion and free-spirited energy would make Ophiuchus one of the most passionate signs of the zodiac. These serpents would have strong feelings and opinions, and be zealous about chasing their dreams.

3. They Speak Their Minds

Speaking of having strong opinions, it’s likely that Ophiuchans would be very comfortable speaking their minds — no matter how controversial their thoughts on a matter may seem. Like Sagittarians and Scorpios, Ophiuchans are thought to value honesty, and they care deeply about being real with others. They wouldn’t want to hold back on sharing their theories with others.

The constellation of Ophiuchus is associated with Asclepius, the Greco-Roman god of medicine. According to myth, Asclepius was able to heal the sick and even bring people back from the dead — a talent that wound up having him banished to the stars by Hades himself. Because most astrological archetypes are build on mythology, it would be only natural to consider Asclepius’ healing energy as one of Ophiuchus’ zodiac qualities.

5. They Have A Sharp Sense Of Humor

Stardust describes Ophiuchans as being “funny, with a dry sense of humor,” and they’re generally believed to have a cunning and witty edge. Taking after their neighboring zodiac signs, Ophiuchans would likely be sarcastic and dry like a Scorpio, but also gregarious and comedy-loving like a Sagittarius. Either way, they’d know how to make people laugh.

Like Sagittarians, it’s thought that Ophiuchans would be quite philosophical in the way they think. As Stardust notes, they’re both intellectual and dynamic — so they’d likely be eager to challenge their belief systems and think outside the usual box.

7. They’re In Touch With Spirituality

In the mythology behind Ophiuchus’ name, this serpent-handler was believed to be able to heal people through their dreams. That said, it’s likely that if Ophiuchus were a zodiac sign, they’d be naturally mystical people who are in touch with their spirituality. While they may not actually be able to cure people while they sleep, they may be drawn to life’s deep mysteries or good at interpreting other-worldly symbols.

9. They Thrive On Adventure

Some astrologers posit that Ophiuchans would likely be free-spirited adventurers who love to explore new ideas and try new things. This would make them exciting friends or partners who are good at finding the spice in life. Of course, these qualities are also typical among happy-go-lucky Sagittarians, so that would be one of many things the two signs have in common.

As the constellation associated with the symbol of the serpent-bearer, Ophiuchus would likely be one of the most seductive signs of the zodiac. Like a snake charmer, who is able to beguile even the most poisonous of reptiles and put them under their spell, Ophiuchans are able to use their mysterious allure to drawn people in and attract others like a magnet.

More like this
These Are The 3 Most Mellow Zodiac Signs
By Kristine Fellizar
Are Capricorn & Aquarius Compatible In A Relationship? Astrologers Weigh In
By Kristine Fellizar
Here’s Your Daily Horoscope for December 5, 2022
By Mecca Woods
The Spiritual Meaning Of December 2022's Full Cold Moon
By Nina Kahn
Get Even More From Bustle — Sign Up For The Newsletter