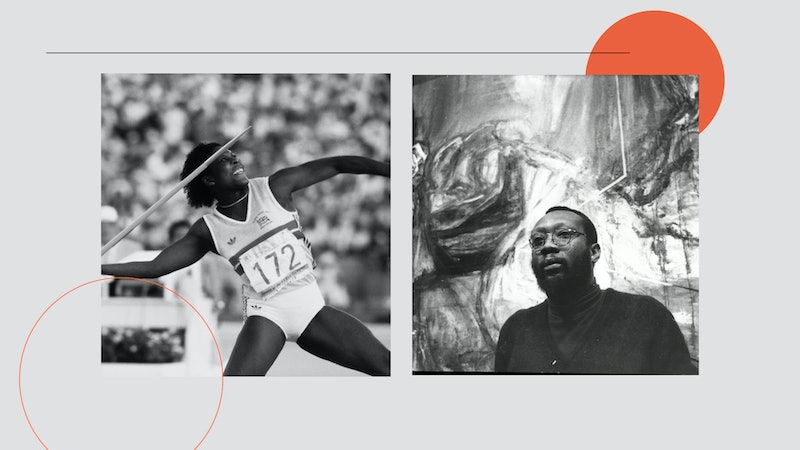 As the statues of slave traders Edward Colston and Robert Milligan are removed from Bristol’s city centre and Museum of London Docklands respectively, non-Black Brits must pause to remember where the country currently stands. In the time since Britain erected a memorial glorifying a man who made his fortune from the oppression of Black people, Black communities and individuals have continued to face extreme racial discrimination, anti-Blackness, and systemic racism reinforced daily by those wielding power in the UK. Though the optics of oppression have shifted, the methods are still very much there – Colston and Milligan's removal are just the first in a long line of changes that need to be made in a country failing to address its deeply entrenched racism.

Black Lives Matter marches across the globe have sparked petitions calling for increased education on the legacies underpinning statues like Colston's. In the UK, where the country's commanding role in the global slave trade and pervasive history of colonialism have been continuously underplayed by governments and the schooling system, these calls are rightly louder than ever. Alongside these calls are campaigns for better Black History education in schools, something that is currently absent at all levels of teaching. These much needed across-the-board updates to national curriculums cannot be understated – without such changes, the individuals with power will continue imposing their "out of sight, out of mind" attitude towards racism and inequality in the UK. Challenging these systems of power is vital.

While we push towards future generations' right to a comprehensive education on Britain's shameful past, and real learning about Black Britons' immeasurable impact on the country's history, non-Black allies must do the reading now. Learning about and amplifying the voices of those that fought for change and racial equality long before they were listened to – and the voices of those still fighting today – is just one step towards achieving an anti-racist society in the UK. A commitment must be made to celebrate the achievements, the victories, and the breakthroughs of our Black communities where those before us insisted on memorialising their oppressors.

The below list features only a handful of the heroic Black changemakers that have played a part in British history, many of whom were firsts in their fields – no matter how their legacies are honoured, we must know their names.

Lobbied for the abolition of the British slave trade – Equiano and his sister were abducted from their home (now Southern Nigeria) by slave traders and taken across the Middle Passage.

Community activist and co-founder of Brixton Black Women’s group, Morris was known for her work supporting Black women and advocating for feminism, as well as her central role in the British Black Panther Party.

Artist specialising in abstract expressionism, twice awarded the Guggenheim Fellowship and the first Black artist elected to the Royal Academy Of Arts.

Writer, editor and co-founder of Allison & Busby (founded 1995), which made her the youngest and first Black woman publisher in the UK.

A key figure in 19th century scientific research, Edmonstone was born into slavery and learnt taxidermy upon gaining freedom – he went on to lecture at Edinburgh University where he taught Charles Darwin.

Led the Bristol Bus Boycott of 1963, a reaction to Bristol Omnibus’ refusal to hire Black and Asian bus crew. The boycott is considered influential in passing the Race Relations Act 1965, which made “racial discrimination unlawful in public places”.

Known as Britain’s Florence Nightingale, Seacole established the British Hotel which cared for sick and injured soldiers in Crimea – she funded her trip to Crimea independently.

Fashanu was the first openly gay Black footballer in the UK, coming out in 1990 despite being paid £75k by his brother to stay in the closet. Fashanu died by suicide in 1998.

Founder of The Voice, Britain’s only Black-owned national newspaper

One of the most influential pre-Raphaelite muses, Eaton came to the UK soon after the abolition of slavery and sat regularly as a model at the Royal Academy. Her involvement was groundbreaking for a style of painting that favoured white women.

Abbott became the first Black woman elected to parliament in 1987 and has served as the Labour Party MP for Hackney & Stoke Newington ever since. When asked about why she when into politics, Abbot said "I knew how hard Black people’s lives are generally and I wanted to do something about it.”

Writer, activist and radio producer who became the first Black woman to work for the BBC during World War II.

One of the founders of Black Cultural Archives, Garrison dedicated his life’s work to educating on and preserving Black British History. He also founded the African and Caribbean Educational Resource whose schemes helped launch the careers of many Black writers.

More like this
Gen Z Are Twice As Likely To Identify As Queer, According To New Data
By Sam Ramsden
What The UK Blocking Scotland’s Gender Recognition Bill Means
By Sam Ramsden
Here’s Where The NHS Nurses’ Strike Currently Stands
By Sophie McEvoy
Watch Jacinda Arden’s Devastatingly Honest Resignation Speech
By Sam Ramsden
Get The Very Best Of Bustle/UK
Sign up for Bustle UK's twice-weekly newsletter, featuring the latest must-watch TV, moving personal stories, and expert advice on the hottest viral buys.

This article was originally published on June 10, 2020