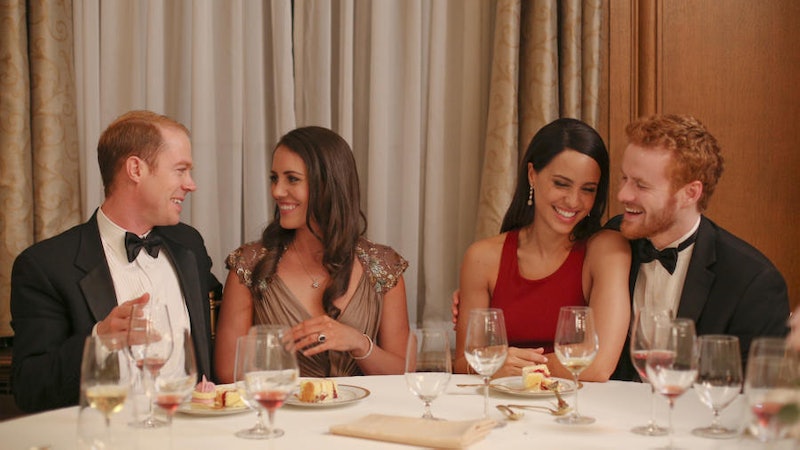 With the wedding between Prince Harry and Meghan Markle coming up, everyone's got royal fever. If you're a bit of a monarchy devotee, you're in luck, because 2018 will be packed with movies about royals. So in addition to getting to tune in to the celeb wedding taking place this May, you'll also get to tun in to the films coming out that also feature royalty. Whether it be the actual movie about Markle and Prince Harry, or a Hallmark film about a fictional romance between a prince and non-royal woman, 2018 has got all of your royal needs covered.

If Meghan Markle and Prince Harry aren't the causes of your royalty obsession, you will still have plenty of other options that don't necessarily involve fairytale romances. For fans of The Crown, who mourn the fact that Season 3 won't air until 2019, you will be ever to revel in the dramatic retelling of historical events with the film Mary Queen of Scots. And if it's the glitz and the glamour of royalty that inspires you to flip through endless photos of Princess Diana's fashion choices, you will also have plenty of material to work with in 2018 with the release of movies like Crazy Rich Asians and Generation Wealth. You may not have the riches of a royal whose wealth has been passed down over centuries, but you definitely will have a wealth of royal-themed movies in 2018. Make sure not to miss any of them.