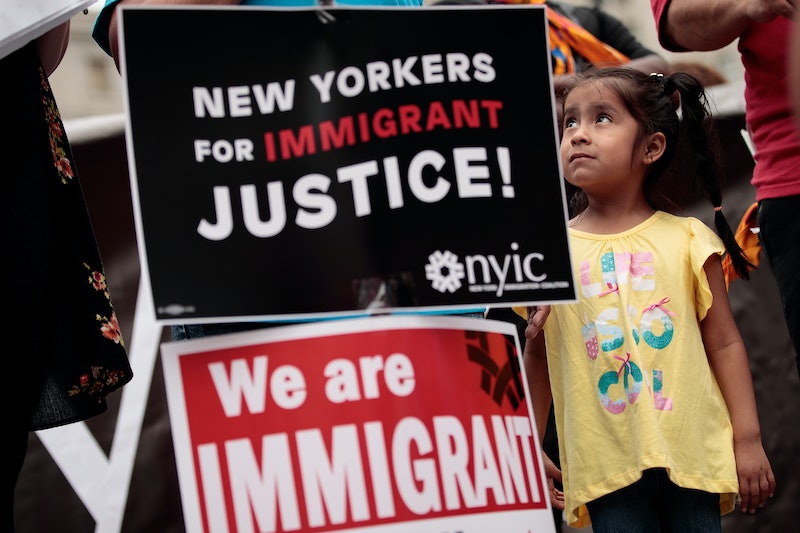 Latinx communities are often the target of social, racial, and political injustice in America. Trump’s campaign normalized hateful rhetoric and discrimination: He referred to Mexicans as rapists and drug dealers, called them "bad hombres" during a presidential debate, and routinely repeated his ever-changing plan to build a wall to keep undocumented immigrants out of The United States. Since winning his bid for presidency, Trump's racism toward Latinx communities has only grown more vehement, more explicit, and more actionable. Trump's two most recent attacks — his pardon for Sheriff Joe Arpaio, who was ran what he himself called "concentration camps" for Latinx people in Arizona, and the recent decision to end the Deferred Action for Childhood Arrivals (DACA) program — have only proven Latinx activists need to fight for their basic rights now more than ever.

From Sylvia Rivera, a pioneer of trans and queer liberation, to congresswoman Nydia Velazquez, Latinx people have long been on the forefront on sociopolitical activism. They have been leaders, movers, and shakers inspiring revolutionary change for decades. Luckily, in the digital age, modern day Latinx activists not only have the means to reach their local communities, but their advocacy spans across the entire United States and beyond. Here are just some of the Latinx activists and groups you should be following on social media.