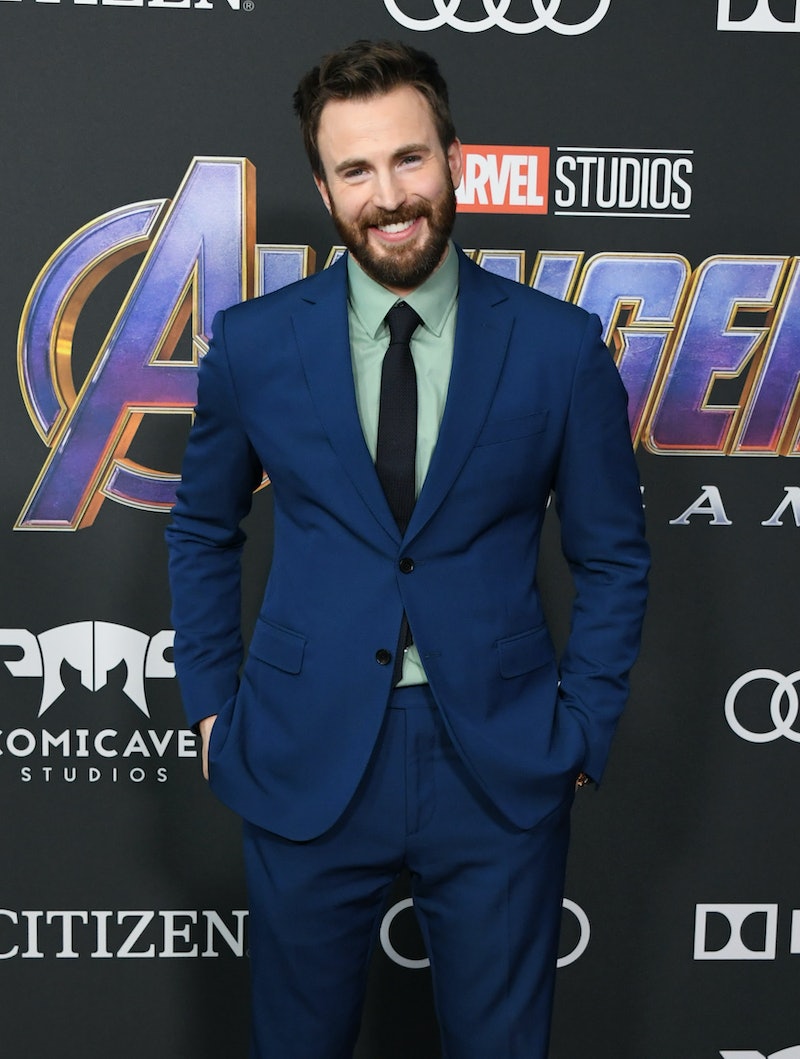 Captain America fans, this one's for you. It's time to dive into Chris Evans' best quotes about his personal life. Whether he's proving himself to be a real-life Steve Rogers, standing up for what he believes in by voicing his political beliefs, or just being an all-around good guy, the 37-year-old actor is beloved by, well, pretty much everyone. And if Avengers: Endgame fans thought they couldn't adore Evans even more than they already do, just wait until you read the following quotes listed below.

In multiple interviews, the Marvel star has discussed quite the range of topics. Whether it has to do with his favorite hobbies, what he wants in a significant other, starting a family and getting married, or admitting how much he seriously loves Disney, Evans has talked about it all. He's never been one to shy away from opening up or revealing certain characteristics about himself that make fans constantly swoon over him.

Evans may be a famous actor who is known for his playing a Marvel superhero, but as you'll soon learn (if you didn't know already), he's just a so-called normal guy who seems extremely down-to-earth. Evans wants the same things in life that so many other people do. And with that, let's spend some time getting to know Evans even better with these quotes about his personal life.

1. "I love to rollerblade. It’s a bummer that rollerblading became uncool, because it’s f*cking awesome. You have wheels on your fucking feet. Come on! My friends make fun of me, but I f*cking love it.”

This fantastic quote about Evans' love for rollerblading was uttered during his interview with Men's Journal that was published in April.

2. "I'm the one who fears being enveloped. I was always a really autonomous guy my whole life. Camping by myself is one of my favorite things."

Evans revealed his love of camping in a March profile with The Hollywood Reporter.

While also chatting with THR, Evans opened up about what he wants in a partner. As you read above, individuality is important to him when it comes to a relationship.

4. "But honestly, I really want kids, and between Hemmy [Chris Hemsworth], Scarlett [Johansson] and [Jeremy] Renner, it’s been really cool watching them turn into parents and watching them be parents. It’s nice watching your friends evolve and go on that journey."

And there you have it. Evans admitted to People in April that he's ready become a father and start a family.

5. "It sounds like a gross statement because I hear it overused in L.A. a lot, but I do meditate every day."

Here's yet another fun tidbit about the actor that he admitted to Men's Journal.

6. "I really want kids. Yeah, I do. I like pretty pedestrian, domestic things. I want a wife, I want kids. I like ceremony. I want to carve pumpkins and decorate Christmas trees and sh*t like that."

This quote is also from his interview with Men's Journal. It sure sounds like Evans is ready to begin a new chapter in his life that involves marriage and children.

7. "is it normal for a 30 year old man to be as excited about going to disney world with his family as he was when he was 8?"

Who else loves this tweet from Evans that he posted in May 2012? He's seriously the best, and so is his Disney obsession.

See? Even Evans goes down the YouTube rabbit hole, as he divulged at the 2015 D23 expo.

9. "I was never much of a 'I can’t wait to leave this town; kind of kid.' This is home to me. I have no desire to lay down roots somewhere else."

One might think that since Evans is a huge celebrity, Los Angeles is his forever home, but that's not the case. As he made clear to Men's Journal, Massachusetts is where he belongs. He even has a renovated farmhouse outside Boston.

10. "It's a wicked lucky thing. We have a real tight group of eight or 10 guys. The majority of them are in the suburbs, and they all have kids. Now on the weekends, they come over here. We just drink, you know, and bullsh*t."

And, yes, Evan also gushed to Men's Journal about how close he still is with the friends he grew up with.

11. "I want to do a musical so badly, man. Someone told me they're [remaking] Little Shop of Horrors and I was like, 'Oh, can I be down? Please? Can I be the dentist?'"

Did you have any idea how much Evans is obsessed with musicals? Thank goodness he opened up about his love for them with The Hollywood Reporter. Here's hoping he gets to star in one, stat.

Like he told The New York Times in a March 2018 profile, Evans is a tap dancer and he considers the style of dance "awesome." Maybe he can tap dance in whatever future musical he'll most likely be a part of.

There you have it. Who else wants to hang out with Evans even more now? He for sure sounds like such a great and fun person to be around.