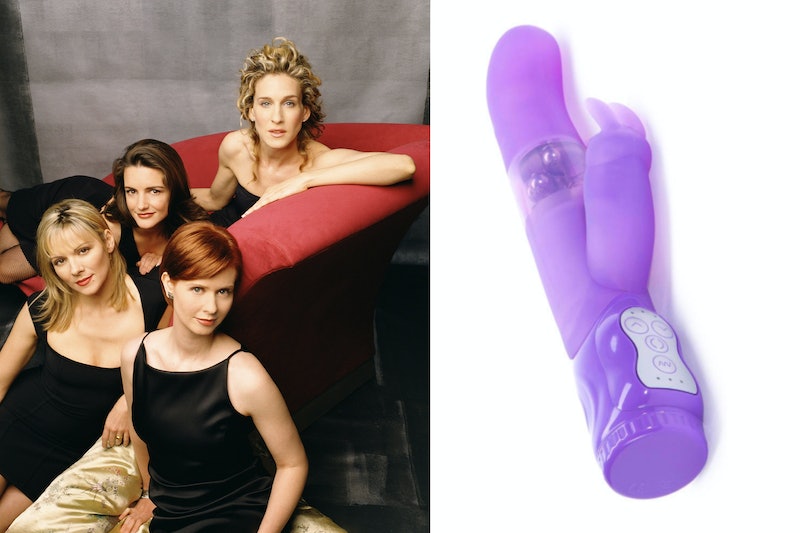 When the classic HBO series Sex and the City debuted in June 1998, it was instantly groundbreaking. For the first time, women owning their sexuality and having sex on their own terms was front and center of a major television show. While there were many male characters in there, who were equally sexual, it was how the women were portrayed, in regards to sex, that made the show what it was. Sex and the City also, in its own way, normalized things like women using sex toys to get off, as well as sex acts like analingus, anal sex, and threesomes, with ease and humor.

Surprisingly, there are a lot fewer sex toy appearances than you'd think. While, when you watch the episodes now, SATC is outdated in many ways, like how it handles sensitive issues like LGBTQ representation or body-positivity, it was still, for some, a sexual awakening. An awakening that was necessary to break down stereotypes, taboos, and sex-related social norms.

Here are the 13 sex toys from Sex and the City and where you can buy them — or at least the modern equivalent to them.

More like this
The 19 Best Tweets & Memes About Bisexual Awareness Week
By Lexi Inks
20 Smart Devices Under $35 That’ll Change The Entire Vibe Of Your Home
By Emma Carey
Are Quality Time & Gift-Receiving Love Languages Compatible?
By Lexi Inks
12 Easy Halloween Costumes You Can Wear With A Denim Jacket
By Kirsten Nunez and Bustle Editors
Get Even More From Bustle — Sign Up For The Newsletter