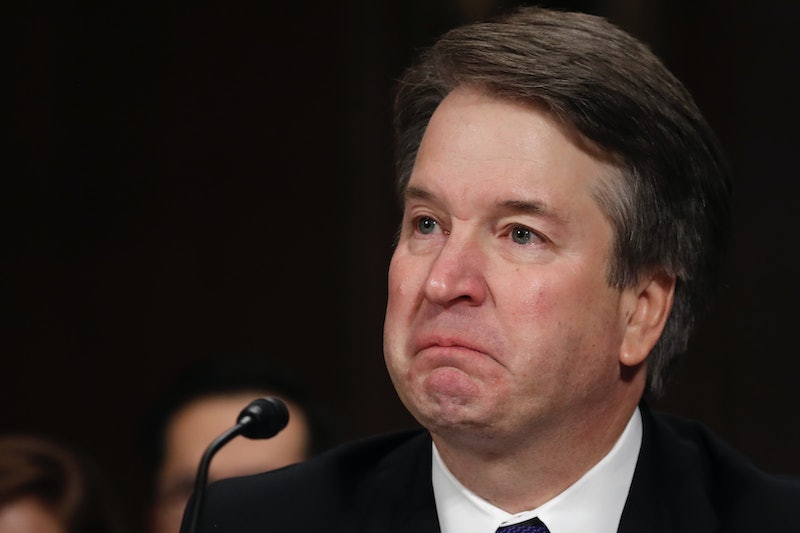 As senators reviewed the FBI's final investigation into sexual assault allegations against Brett Kavanaugh on Thursday, more than 1,500 law professors signed a letter opposing Kavanaugh’s confirmation to the Supreme Court, The Washington Post reports. The law experts' criticism of Kavanaugh had less to do with the accuracy of the allegations and everything to do with how the judge handled the high-pressure situation.

"Judge Kavanaugh exhibited a lack of commitment to judicious inquiry. Instead of being open to the necessary search for accuracy, Judge Kavanaugh was repeatedly aggressive with questioners," the letter, addressed to the U.S. Senate, read. "Instead of trying to sort out with reason and care the allegations that were raised, Judge Kavanaugh responded in an intemperate, inflammatory, and partial manner, as he interrupted and, at times, was discourteous to questioners."

When Kavanaugh testified before the Senate Judiciary Committee last week to deny Christine Blasey Ford's allegation that he attempted to sexually assault her in the 1980s, his temperament was described as angry and aggressive by The Guardian. He called the allegation "a calculated and orchestrated political hit" rather than expressing an understanding for the Judiciary Committee's responsibility to investigate claims that a Supreme Court nominee behaved inappropriately — a stance the law professors took issue with.

The law requires judges to recuse themselves if there's a risk that they'll be perceived as impartial, and the hundreds of professors opposing Kavanaugh believe he showed the nation last week that he can't remain unbiased. Bernard Harcourt, a professor at Columbia Law School, told The Post that law experts nationwide began discussing "with great distress, the unprecedented and unfathomable demeanor of Judge Kavanaugh" after his heated testimony.

"We have differing views about the other qualifications of Judge Kavanaugh," the letter said. "But we are united, as professors of law and scholars of judicial institutions, in believing that Judge Kavanaugh did not display the impartiality and judicial temperament requisite to sit on the highest court of our land."

Professors from more than 160 law schools signed the letter within hours, Harcourt told The Post. They plan to present it to the Senate for consideration on Thursday afternoon.

After reviewing the FBI's investigation into the Kavanaugh allegations, Senate GOP leaders said on Thursday that the bureau didn't uncover any new information corroborating Ford's account.

"These uncorroborated accusations have been unequivocally and repeatedly rejected by Judge Kavanaugh, and neither the Judiciary Committee nor the FBI could locate any third parties who can attest to any of the allegations," Senate Judiciary Committee chair Chuck Grassley (R-Iowa) said in a statement. "There's also no contemporaneous evidence. This investigation found no hint of misconduct and the same is true of the six prior FBI background investigations conducted during Judge Kavanaugh's 25 years of public service."

Democratic senators, on the other hand, claimed the investigation wasn't thorough enough. But regardless of what the FBI found — or didn't find — the law professors opposing Kavanaugh argue that his response to Ford's testimony and the subsequent investigation should disqualify him from serving on the nation's highest court.