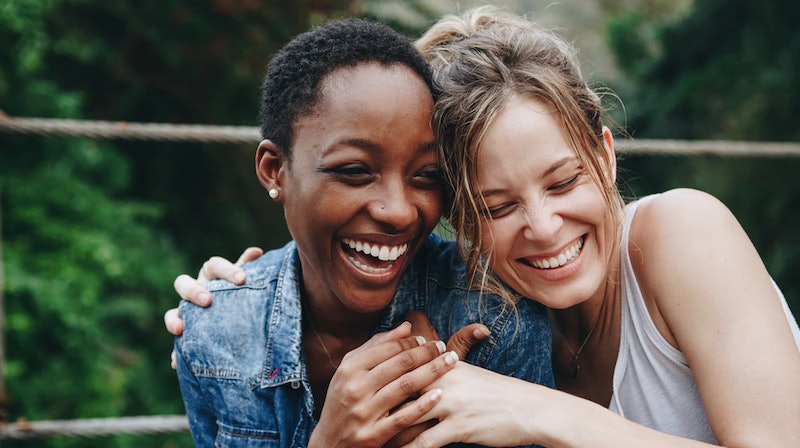 June is Pride Month, and while the spotlight is on the LGBTQ community, allies are welcome to participate in the celebrations. That can include attending a (virtual) parade, wearing rainbows, and displaying flags. But if you really want to show your support, you can also work on becoming a better ally.

Often, the best place to start is by recognizing the struggles of being LGBTQ. After all, discrimination is the reason Pride Month exists in the first place. Pride marches actually began as a way to commemorate the Stonewall riots more than 50 years ago. Back then, LGBTQ discrimination was encouraged in many circles, and gay-friendly bars in cities like New York were frequently shut down on the flimsiest excuses.

When police raided Manhattan's Stonewall Inn one too many times in the summer of 1969, riots erupted on June 28, sparking a series of demonstrations that some consider being the foundation of the modern LGBTQ rights movement. Over the years, it's become customary to celebrate LGBTQ pride in June in honor of the riots.

These days, Pride Month is a chance to look back on how far we've come in a relatively short time. But there's still progress to be made, as demonstrated by President Trump's constant failure to acknowledge Pride month, as well as the fact he's rolling back transgender health care protections. So while you're celebrating, be sure to make an effort to be a better ally to the LGBTQ community. Here are 19 little ways to do so.

1. Learn what the letters in LGBTQ mean. They stand for lesbian, gay, bisexual, transgender, and queer. There can also be a plus sign added at the end, as well, to further include those who don't identify with any of these letters, like intersex and asexual.

2. Pay attention to how much space you take up in conversations online, as well as physically. If you're usually the one doing the talking, let others hold the metaphorical microphone. And if you're attending Pride events, take a step back and make sure there's room for LGBTQ people. Marches and parades are often the only safe space they have to celebrate. As an ally, you won't want to buy the last ticket or take the last bar stool.

3. Don't assume friends and coworkers are straight. By keeping an open mind, you'll make it easier for them to ask for help if they're looking for support, or if they're considering coming out.

4. Do not take offense if someone corrects you or criticizes you. Part of being a good ally is remaining openminded, and being willing to learn and change.

5. Listen to people when they talk about being LGBTQ. You won't, for example, want to assume you know everything about a friend's experience just because you've been there for part of it.

6. Shop at LGBTQ-friendly businesses. Or better yet, buy from ones that are owned by members of the community.

7. Donate time and/or money to LGBTQ-focused nonprofits like the It Gets Better Project, which reminds people hope is out there or The Trevor Project, which features a crisis hotline for those who need support.

8. Don't be afraid to correct people if they're perpetuating falsehoods.

9. Don't let your friends, family, and coworkers get away with making offensive LGBTQ comments and jokes.

10. Confront your own prejudices and bias, even if it is uncomfortable. One way to do so is by making a point to speak with LBGTQ folks more often than you already do. Taking note of your own assumptions is another great way to become more aware of your internal dialogue.

11. Support an LGBTQ person by following their social media, buying their book, or downloading their single. If you don't already, listen to King Princess, Mila Jam, and Lauren Sanderson.

12. If you see LGBTQ discrimination in action, say or do something to stop it, such as speaking up online if you see someone being bullied.

13. Encourage your friends to be better allies as well. Ask if they'd like to join you in donating to an LGBTQ charity, recommend music to them, and help them confront their own biases.

14. Read up on LGBTQ history, even if it's just a few Wikipedia articles. Go further in-depth with the history of Stonewall, read about the Daughters of Bilitis (DOB) in San Francisco, and learn more about the history of same-sex marriage.

15. Keep asking questions in order to become better acquainted with the many issues that still impact members of the LGBTQ community. For example, ask a transgender friend about the new federal rule erasing their health care protections, or follow someone online who's been speaking up about it.

16. Invite LGBTQ friends and family to parties and get-togethers, including virtual events.

17. Ask everyone's pronouns when speaking with them for the first time, or wait for them to say what they use. And while you should always let a transgender or non-binary person speak for themselves — due to safety and comfort concerns — you can ask if they'd appreciate your support in correcting others if they're misgendered in public.

18. Read a book by an LGBTQ author. Better yet, read several. Check out The Year of Blue Water by Yanyi, Meanwhile, Elsewhere by various transgender writers, and Freshwater by Akwaeke Emezi.

19. Put these tips into practice outside of Pride Month. Your LGBTQ friends and family deserve respect year-round!

More like this
Footballer Jake Daniels Shared His Thoughts On A World Cup Boycott
By Sam Ramsden
Kit Connor Speaks Out On “Shocking” Lack Of Bisexual Representation
By Sam Ramsden
The Indigo Girls Taught Me Queer Relationships Could Be Messy, Too
By Hannah Soyer
Buckingham Palace Aide Resigns Over “Unacceptable” Comments To A Black Guest
By Shahed Ezaydi
Get Even More From Bustle — Sign Up For The Newsletter

This article was originally published on June 9, 2017