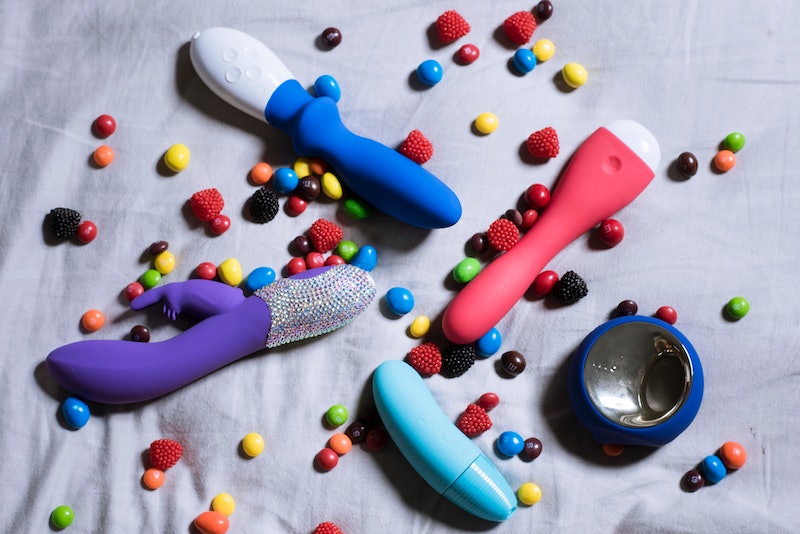 To say that sex toys have come a long way, would be an understatement. If we look at the world’s oldest sex toy — a 20-centimeter-long dildo created roughly 28,000 years ago — and look at the high-tech sex toys we have now to pleasure ourselves and our partners, the evolution of sex toys isn’t just impressive AF, but fascinating. Even in the last decade or so, as sex toys managed to escape the taboo surrounding them and joined the ranks of the mainstream, they've come even further. Did women in the ‘70s ever think they’d see the day when sex toys no longer needed to be plugged into the wall, but were wireless and could be used by partners a world apart?

With every year comes new sex toy technology and, honestly, not only are our sex lives better for it, but so is the world. Each new innovation takes us further from the archaic taboo that was associated with sex toys for far too long and that's a really important thing. Human sexuality is meant to be explored and celebrated; not locked up in a dark room like a dirty secret.

“We expect to continue to see the rise of vibrators you can leave out on your dresser without feeling mortified,” Polly Rodriguez, CEO of Unbound, a sex-positive quarterly subscription of boxed sexy toys, tells Bustle. “Like all consumer products, customers value objects that are aesthetically pleasing."

Here's what the sex toy industry has to say about what's on the horizon for 2017. (Spoiler alert: this is going to be an orgasm-induced year for sure.)