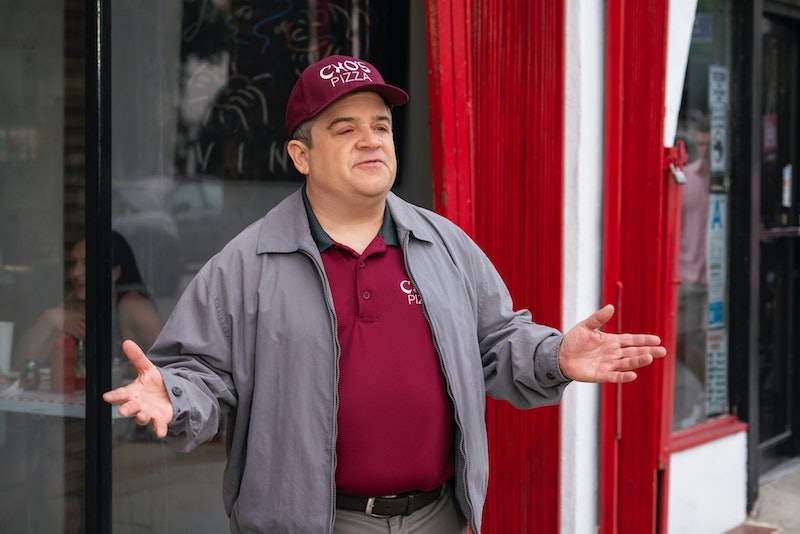 The most shocking twist of Veronica Mars Season 4 has to be the end, where it's revealed that Patton Oswalt's Penn Epner, founder of the crime-conspiracy Murder Head group, is also a literal criminal himself. A bullied pizza guy, Penn went from Serial listener to actual serial-killer after he was once nearly drowned by frat guys and decided to take revenge on all the young, affluent spring breakers. And while Penn is fictional and his Murder Heads group is not real, the group and parts of Penn's crime obsession does draw inspiration from real life.

The name Murder Heads is likely a reference to the wildly popular My Favorite Murder podcast, whose highly dedicated fans are called "Murderinos". Podcasts like My Favorite Murder and Serial, alongside shows like Making a Murderer and An Innocent Man, have created a new wave of "armchair detectives" — online communities of true crime nerds who just dig endlessly into the who, what, and why of an unsolved crime in the hopes of spotting a clue that professional detectives missed.

Law enforcement is split on whether these internet sleuths are always helpful, and thankfully, none have gotten as involved as Penn. But it is true that putting a long forgotten case on the radar can reinvigorate interest, as many saw with Adnan Syed getting a new trial after Serial.

The most significant reference Veronica Mars makes with the Murder Heads though is to Oswalt's own life. While Oswalt is typically known for his comedic acting, his role in Veronica Mars — as a true crime aficionado who ends up playing a major role in the solving of the crime itself (in a way) — is particularly meta here. Oswalt was married to the late Michelle McNamara, a true crime investigative journalist-turned author who played a part in catching the IRL Golden State Killer.

McNamara started the popular True Crime Diary blog in 2006, a favorite of Gone Girl author Gillian Flynn. McNamara eventually coined the name "Golden State Killer," and revitalized interest in the decades-old case through her tireless work to bring the killer to justice. In 2016, McNamara passed away suddenly, so Oswalt and true crime author Paul Haynes finished and posthumously published her deeply researched book, I'll Be Gone in the Dark: One Woman's Obsessive Search for the Golden State Killer.

McNamara was aware that the book, and the nature of the unsolved crime, would likely turn readers into armchair detectives. "If the challenge here, or perceived weakness, is that the unsolved aspect will leave readers unfulfilled, why not turn that on its head and use it as a strength?” McNamara wrote to her editor, which was later included in the book.

The book was released February 2018 and was on the New York Times bestseller list for eight weeks when, in April 2018, Joseph James DeAngelo was apprehended as the Golden State Killer. A former Auburn policeman, his DNA was a match. Sacramento sheriff Scott Jones did not thank McNamara directly, but did admit that her book "kept interest and tips coming in."

As a result of all this, creator and executive producer Rob Thomas was very aware that Penn's plot had to be approached respectfully. "I sent Patton a very lengthy email saying exactly what we were doing with the show because I was worried about that very thing. And he wrote a note back saying thank you for being so considerate and that [he was OK] as long as some people in the group are not knuckleheads," Thomas told CNN. "He said his wife felt like there were people who were really good in that world and people who are less credible. As long as we showed the people who were doing some good work, he was fine with it."

All in all, McNamara's work will never be forgotten, in the same way that Penn and his actions will forever be remembered by Veronica Mars fans.