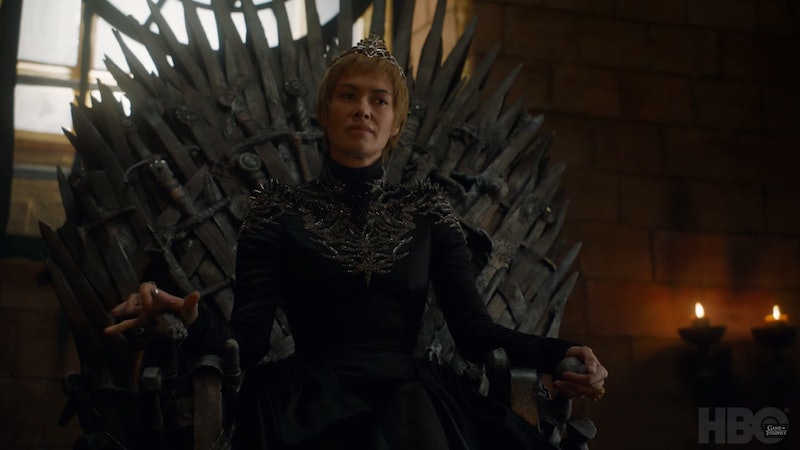 If you aren't ready for HBO's big Sunday premiere, you will be after this. I've got 10 Game of Thrones Season 7 clues from the books to whet your appetite for more murderous fun with the Targaryens, Starks, Lannisters, and Greyjoys. The HBO series surpassed the books' narrative at the end of Season 5, but that doesn't mean George R.R. Martin's novels have no comment on the show's next chapter.

Spoiler warning: Major spoilers for both Game of Thrones and the A Song of Ice and Fire novels ahead. If you aren't caught up on either the show or the books, you could be walking into ruinous territory by reading past this point. You have been warned.

The Game of Thrones Season 7 premiere is right around the corner, which means the ASOIAF fan community is scouring HBO trailers, the books, and interviews with the show's cast and crew for hints as to what will happen in the next round of episodes. So far, they've come up with some amazing fan theories, from Arya finally killing Littlefinger to Nymeria leading a wolf army into the North.

HBO's Game of Thrones television series has diverged from Martin's novels since the beginning, but that doesn't mean the books don't have clues to give about Season 7. Game of Thrones showrunners have condensed and reshaped Martin's original material over the course of the series, so it's safe to say that something from the ASOIAF books will show up this season.

Check out the 10 Game of Thrones Season 7 clues from the books I've picked out for you to enjoy below, and share your favorite fan theories with me on Twitter!

More like this
'Bridgerton' S3 Teases Exciting Social Season For Penelope Featherington
By Bustle
This 'White Lotus' Symbol Could Hint At A Major Character's Death
By Grace Wehniainen
Matt Smith Proves He's Daddy Daemon In This Viral 'House Of The Dragon' Video
By Marina Watts
The 'Firefly Lane' Book Ending Teases Way More Tears To Come In 2023
By K.W. Colyard
Get Even More From Bustle — Sign Up For The Newsletter