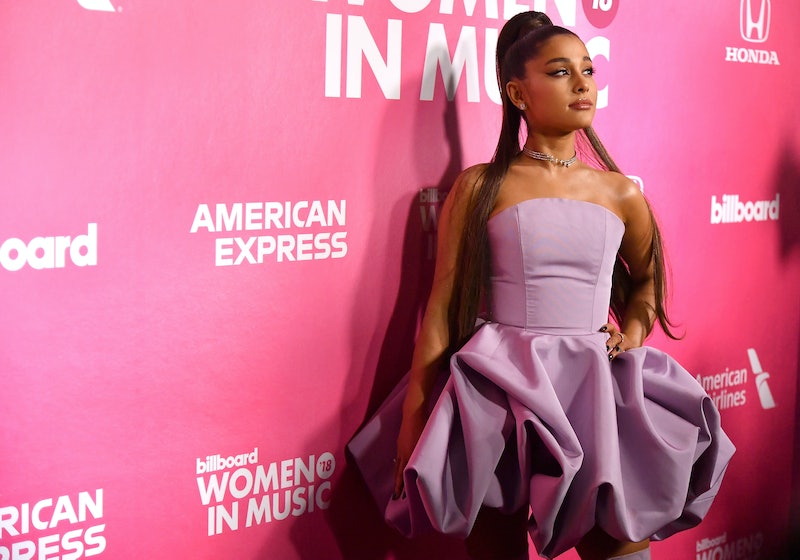 After months of hints and teases on social media, Ariana Grande released Thank U, Next, her highly-anticipated fifth album, on Friday, Feb. 8 — just six months after the release of her last album, Sweetener. And fans are already freaking out about the record in the best possible way.

Grande began teasing the album as far back as November of 2018, when she dropped hints about the track listing in the music video for her single, "Breathin.'" After surprising fans with her smash single, "Thank U, Next," the same month — which earned the singer her first No. 1 single on the Billboard Hot 100 Chart — Grande continued to tease her upcoming album. Her massively popular video for "Thank U, Next" was riddled with clues about the album, including a tiny snippet of her second single, "7 Rings."

"This [album’s] not particularly uplifting," Grande told Billboard back in December. The singer added that the album was heavily influenced by this past year, which included the death of her friend and ex-boyfriend Mac Miller and the end of her engagement with Pete Davidson. "A lot of it sounds really upbeat, but it’s actually a super sad chapter," she continued. In the interview, Grande also revealed that she wrote the entire album in just one week, and recorded all of the main vocals in two weeks.

According to the singer, the process of making and releasing Thank U, Next has marked a major step forward in her quest to produce music the way she wants to, rather than the way her label expects. "My dream has always been to be — obviously not a rapper, but, like, to put out music in the way that a rapper does," she told Billboard. She continued,

"I feel like there are certain standards that pop women are held to that men aren't. ... It’s just like, 'Bruh, I just want to f*cking talk to my fans and sing and write music and drop it the way these boys do. Why do they get to make records like that and I don’t?’ So I do and I did and I am, and I will continue to."

In addition to releasing the album on Feb. 8, Grande also dropped another surprise music video, for the song "Break Up With Your Girlfriend, I'm Bored." "this too..... album and 1 more video .... tonight," she tweeted earlier in the day, along with a still from the music video, which featured Riverdale star Charles Melton as the center of a love triangle between Grande and model Ariel Yasmine.

Naturally, the video — which was released at the exact same time as Thank U, Next — also received an enthusiastic reaction from Arianators, who celebrated the release with the same excitement as they had for the album as a whole.

"We started at home base — me," Grande told Billboard about the evolution of her music from Yours Truly to Thank U, Next, "and then we went in this place where I kind of played the game for a little bit, and did the big, big, big pop records. Then we slowly started incorporating my soul back into it — and that’s where we’ve landed again with ‘Thank U, Next.'"

And after that evolution, it seems as if Grande is happy to be at this new juncture in her career. "I got myself to a place where I would be able to do things like drop a surprise record and have it be the biggest single I’ve ever had," she told the outlet. Based on the reaction to Thank U, Next, it seems as if Grande's fans are just as excited about the singer's musical evolution as she is.