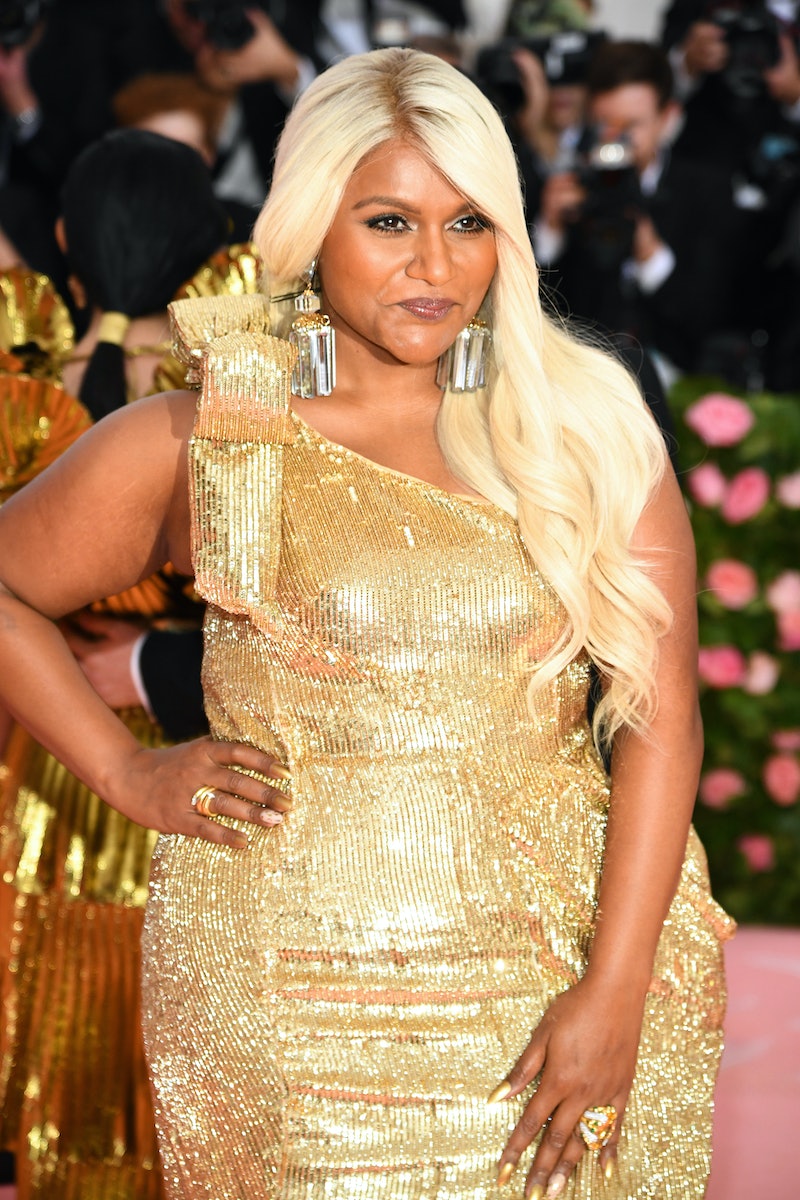 While outfits certainly took center stage on fashion's most extravagant night with an even more lavish theme, all the celebrity hair color changes at the 2019 Met Gala made their own mark on the pink carpet. And ultimately, the hair looks took on a life of their own.

Stars in fashion and entertainment gathered at the Met Gala on Monday night to show off their interpretation of this year's "Camp" theme with enormous gowns, dramatic headpieces, and more gold sequins than you would have thought could possibly exist in one outfit. To help their over-the-top outfits make even more of a statement, many stars also opted to switch up their hair color for the evening.

Usual brunettes — like Mindy Kaling and Zendaya — went bleach blonde. Lucy Boynton, Laverne Cox, and many others opted for pastel shades. Kristen Stewart and Charli XCX went the opposite direction, adding pops of bright red and orange to their shorter hair. Of course, there were plenty of wigs on the pink carpet, but lots of these looks seem like they could have been the real dye deal, too.

Here's every single person who appears to have changed up their hair color just for the Met Gala.

On April 1, Kaling posted a photo of herself with blonde hair — and fans were obsessed. Could their positive reactions have inspired this look?

Kris Jenner made a complete hair transformation for the Met Ball. The KarJenner Momager has been known to sport her classic short and wavy brunette look, but she took the world for a spin, rocking a platinum bob. Apparently, Kylie was behind the new 'do.

The country singer went full Barbie for her walk down the pink carpet.

Hadid's new shade is only a bit darker than her usual brunette, but the pixie cut makes it so dramatic.

It's not exactly a surprise that Jenner would try out a funky hair color for this event, but that purple is still amazing.

OK, but how perfect is Zendaya's Cinderella-inspired look?

Matching your hair to your eyeshadow = an automatic win.

Boynton's red carpet looks always slay, but this pastel blue is new. Suave Celeb Stylist Jenny Cho and colorist Eddie Cook worked together to create a teal hue that was basically begging to be styled into tousled waves.

This red is so delightful on Charlie XCX's tips.

Love that this pink perfectly matches her sleeve.

Not sure what's better: Haddish's new blonde hair, or the fact that she brought chicken in her purse.

While pink was the most popular color of the night, Lizzo was one of the few people to extend that trend to her hair.

With so many amazing hair changes, you almost forgot to look at the fashions, right? As if.