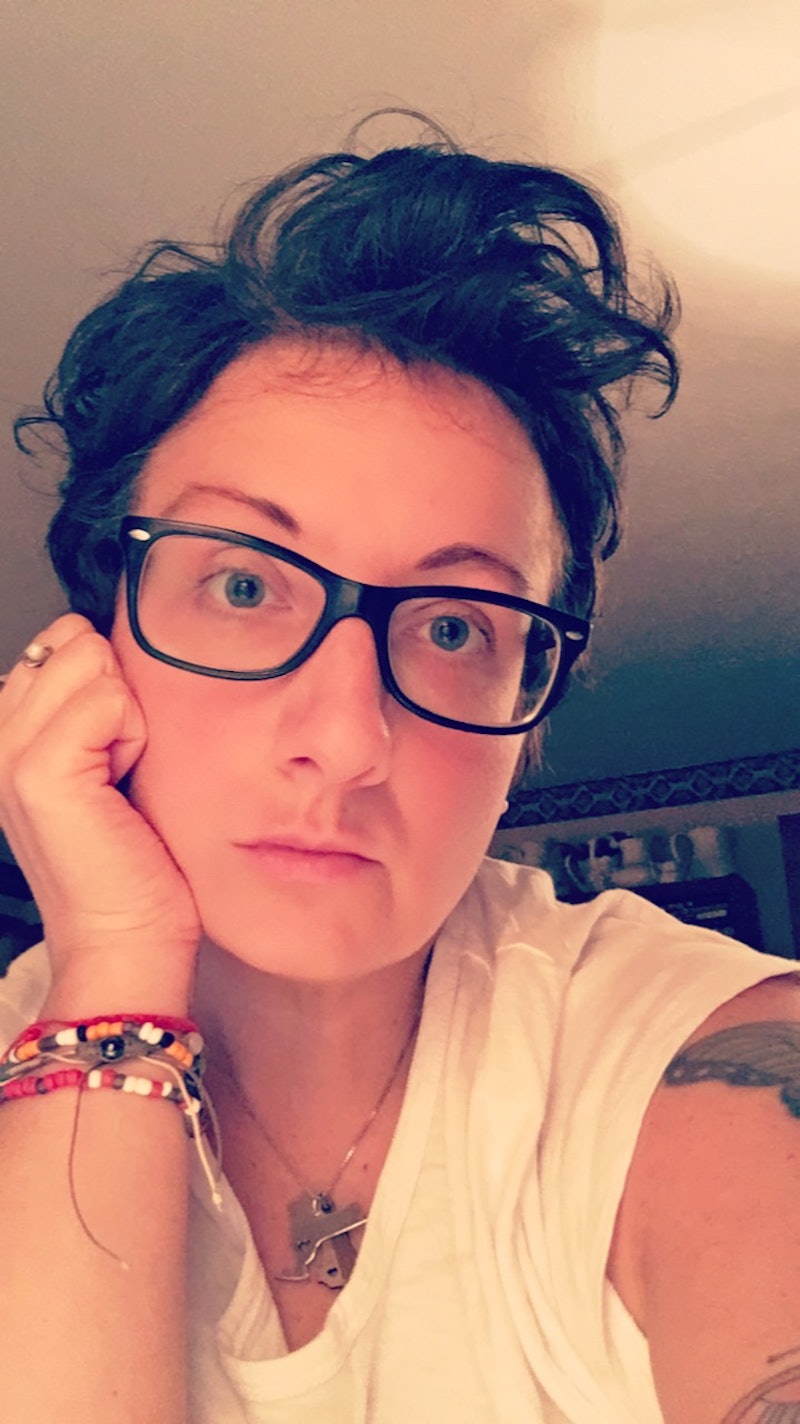 I didn’t try out my new sex toy — the first I'd used since that blue vibrator crapped out — until that weekend. But when I finally did, I couldn’t put it down. For me, the Babeland Silver Bullet had everything I didn’t realize I wanted in a sex toy. Unlike my blue monster from college, this toy was small, powerful, discreet, and got the job done. With the bullet vibe, I was able to explore stimulation that wasn't just clitoral. Because it fit in the palm of my hand, making it less bulky and awkward, I could seamlessly move it around my vulva and find what felt best. It was with this particular sex toy that I discovered that the upper left part of the external portion of my clitoris is the most sensitive — an extremely important discovery that has been the foundation of many epic orgasms, both solo and with a partner. It was also with the bullet that I dared to incorporate it in sex with a partner — and that partner was more than willing to accept the extra help.

Since then, a lot of sex toys have come and gone from my life. Some vibrators I've loved — and even told them I loved them out loud — while others were forgettable. Although what I desire now in a sex toy is different from what I needed back in 2008 to 2011, I still think of my bullet vibe fondly, though I firmly believe that the sequel is never as good as the original.

The sense of empowerment that came with rounding up those women in my office to get our vibrators threw my life in a different direction.

These days, my sex toy arsenal doesn't even have a bullet vibrator in it. I've graduated to a Le Wand Petite Massager and vibrators by Dame Products. But, oh, how I loved my Babeland Silver Bullet. In fact, I wonder if I'd have the career I have today if I didn't have such a positive and eye-opening experience with it. While I had always wanted to be a writer, before I moved to New York City, I never thought that I'd be writing about sex (no matter how much I watched Sex and the City). But the sense of empowerment that came with rounding up those women in my office to get our vibrators threw my life in a different direction than it would have gone otherwise.

So when I was let go from that job because of downsizing, I decided it was time to finally pursue writing full time. My first assignment? To take a blow job class at Babeland and write about it. From there, I just continued to write about sex and female sexuality — all thanks to that bullet vibe.