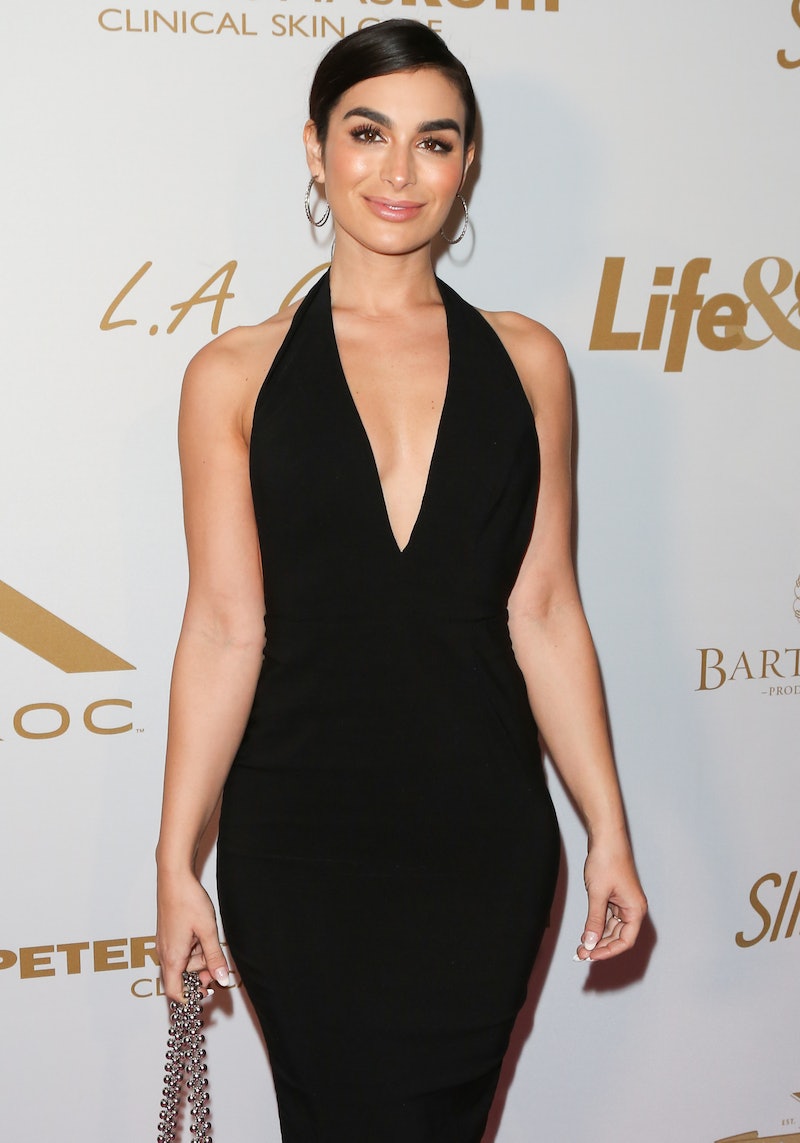 Move over, upcoming wedding date. Step aside, new children’s book. The Jonas Brothers referencing Ashley Iaconetti of Bachelor Nation fame in an interview is and will probably always be the most major thing to happen to the Bachelor In Paradise star this year. While promoting their reunion and new single, "Sucker," in a recent interview with PopBuzz, Nick Jonas, Joe Jonas, and Kevin Jonas addressed their "reactivated" Instagram that was actually never not activated to begin with. When asked about last year's hullabaloo over their IG account, they mentioned “the crier on The Bachelor” who is an “outspoken huge Jonas Brothers fan." If this was a question on Jeopardy, the answer would be "Who is Ashley Iaconetti," duh.

Sure, a lot of Bachelor/Bachelorette/Bachelor in Paradise/Bachelor Winter Games/Bachelor Pad contestants have shed tears on camera, but Ashley I. may be the most notorious crier of them all. Also? She really loves the JoBros. She's been to over 20 of their concerts. She's attended meet-and-greets. And last January, she tweeted what she believed to be an update regarding the Jonas Brothers' IG account, and the post created quite a bit of buzz among some fans.

Nick, Joe, and Kevin did not say her name, but they didn't have to. All signs point to Ben Higgins's podcast co-host. What an honor.

Naturally, Ashley I. preserved the moment in internet amber, i.e, she shared a clip of the interview on Instagram. “OMG!!" the caption began. "I cannot even handle the credit the @jonasbrothers just gave me!!” And who can blame her? A shoutout from the JoBros is an S.O.S., don’t want to second guess.

The Jonas Brothers told PopBuzz that the account has been here this whole time, but it apparently just took some of us a little while to realize it was still around. Joe explained,

“It just was sitting there. No one reactivated it. I think that a fan noticed that it was just kind of, like, around, and then they said, ‘I think it’s back’ … The year we broke up was the year Instagram really came around, so we didn’t really have time to grow that. So it’s got like 200 and some thousand followers. And we don’t even have the blue check mark, which we’d really appreciate, Instagram, if you could give us the verification.”

That fan, as Nick went on to point out, was none other than Ashley I. (Oh, and fear not, the JoeBros now have that blue check, as well as over two million followers.)

While their Instagram has been active for years, their band has not. The Jonas Brothers broke up in 2013, and it seemed like they may never get back together. But this week, that changed.

This week, the three brothers teased a reunion, and then released “Sucker,” their first single in six years. A little over a year after Ashley I. tweeted about their IG account and everyone thought they were getting back together, the JoBros really did reunite. The reunion chatter tables really have turned.