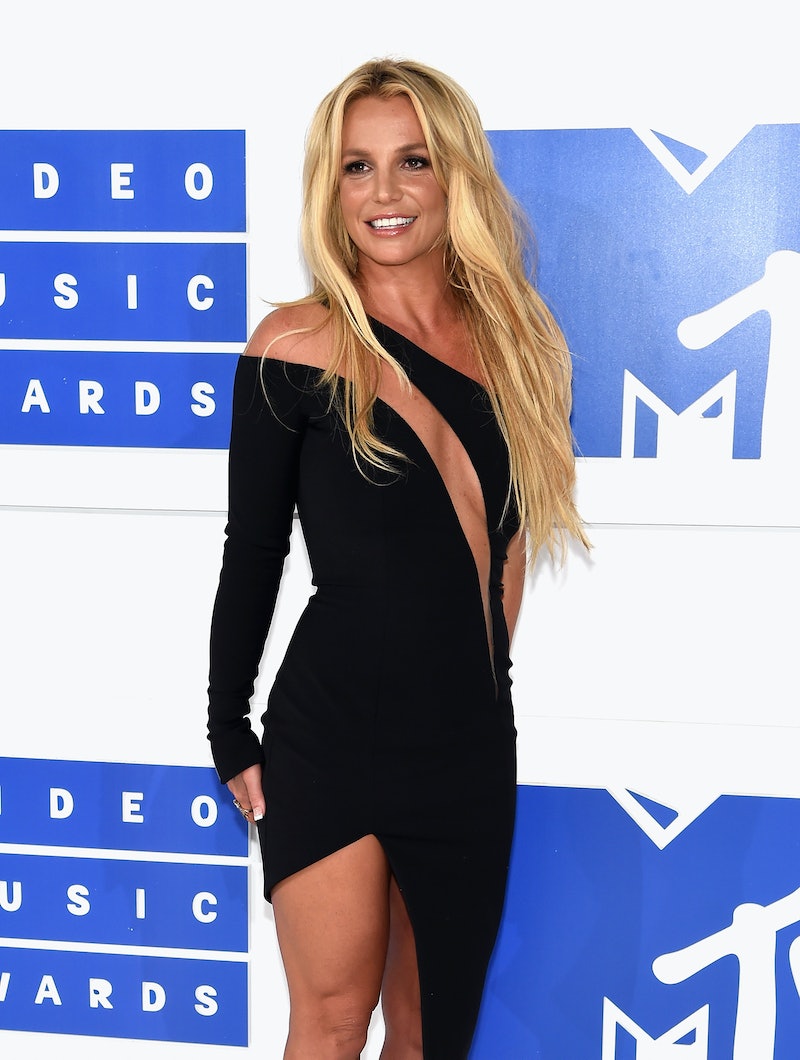 When the news broke on Wednesday, April 3, that Britney Spears was reportedly seeking treatment to cope with her dad's recent illness, fans applauded her decision. (Jamie Spears reportedly suffered from a colon rupture, according to People, and has undergone several surgeries in recent months.) "We all need to take time for a little 'me time,'" Spears wrote on Instagram, and supporters full-heartedly agreed.

This overall gracious and kind public response to Spears' reported decision to get help is a reminder of how far we've come in our understanding of mental health, thanks in part to Spears and other pop culture icons who have publicly battled mental illness. No longer is a celebrity seeking mental health treatment treated as tabloid fodder. For the most part, it is recognized as a sign of strength that could help others get the help they need. What a difference a decade makes.

Back in 2007, when Spears was struggling with her mental health in the public eye, it was treated with little sensitivity or empathy. Moments of instability — the shaving of her head or umbrella attack on the paparazzi following her every move — were played for shock and awe with headlines that included derogatory terms like "meltdown" and "breakdown." And it wasn't just tabloids. News organizations like CBS added to the stigma of Spears seeking treatment, posting a timeline of "Britney's meltdown" in 2007, while MTV went further with a 2008 post titled, "Britney Spears' Downward Spiral: A Timeline of Tumult." And it wasn't just Spears who was attacked. This was unfortunately how mental health was covered back then — in 2010, Gawker ran a "A Visual Timeline of Lindsay Lohan's Fall From Grace" that included mentions of her time in rehab.

It's surprising to look back now and see how Spears was covered in the late 2000s by the news, especially considering the fact that the singer herself attempted to tell her story in 2007. Three months after Spears' bald head was splashed across every magazine cover in February of 2007 and after a trip to rehab, she wrote a letter to fans on her website about what led her to seek treatment. "I confess," the then 25-year-old Spears wrote, according to MTV. "I was so lost."

"Recently, I was sent to a very humbling place called rehab," she wrote. "I truly hit rock bottom. Till this day I don't think that it was alcohol or depression. I was like a bad kid running around with ADD." (In 2016, Spears told Marie Claire UK that she suffers from severe anxiety that led to the 2007 incident. “If a hair was out of place, I’d be so anxious," she said of what it was like for her then. "I would get very anxious about so many things.”)

Spears should have never felt as if she needed to explain herself, but it's understandable why she would. Spears' troubles were played for laughs on late night shows making fun of her mental health and her parenting. "Britney Spears's two-and-a-half year old son, Sean Preston, was photographed holding a pack of cigarettes and a lighter. Did you see that?," Tonight Show host Jay Leno said in 2008. "Pretty shocking. Britney said it's not as bad as it looks. She said the kid only smokes when he's been drinking."

Late Late Show host Craig Ferguson was the exception. In early 2007, he delivered a monologue explaining that he wouldn't poke fun at Spears because comedy "should be about attacking the powerful — the politicians, the Trumps, the blowhards — going after them. We shouldn’t be attacking the vulnerable.”

And that's what Spears was at that time — vulnerable. Jokes were being made at her expense while she was experiencing something serious, despite few people in the press treating it that way. With her letter, Spears might have felt as if she had to prove to the world she wasn't on drugs or going "crazy." That's how seeking help was seen in 2007 — a last resort, something to be ashamed of.

Twelve years later, there is more understanding of the pressures that not only come with being a celebrity, but being human, as illustrated by the current response to Spears' reported decision to seek treatment. There is also a more progressive vocabulary associated with mental health. Seeking treatment is luckily no longer code for "breakdown," it's a form of self-care that celebrates putting one's own personal mental health needs first.

In the years since Spears wrote that letter, more celebrities have felt inclined to open up about their own mental health struggles. Emma Stone and Selena Gomez have talked openly about their anxiety. Demi Lovato has opened up about her struggles with substance abuse multiple times in the past decade. Oprah Winfrey just announced that she's making a documentary about mental health with Apple. And on the heels of the news about Spears, Justin Bieber posted a therapy selfie to show that it's "cool to have a healthy mind and healthy emotions."

In many ways, what Spears endured in 2007 paved the way for honest discussions like the ones these other celebrities are having with their fans. It also helped so many people understand how to talk about mental health in a better way to understand. As Spears boyfriend Sam Asghari wrote on Instagram, seeking treatment "isn't weakness, it's a sign of absolute strength, people should only be inspired by this."

Now, once again, Spears is pushing the conversation surrounding mental health forward. This time, though, she's getting the kind of love and support she deserved all along.

More like this
Britney Spears Shares Unknown Details Of Conservatorship In New Voice Notes
By El Hunt
19 Latinx Therapists & Mental Health Experts To Follow On Instagram
By Kaitlyn Wylde, Naydeline Mejia and Lexi Inks
We’re Still Not Over Britney Spears & Prince William’s “Cyber” Relationship
By Sam Ramsden and Sophie McEvoy
The Trailer For The Whitney Houston Biopic Has Twitter Feeling Heated
By Radhika Menon
Get Even More From Bustle — Sign Up For The Newsletter