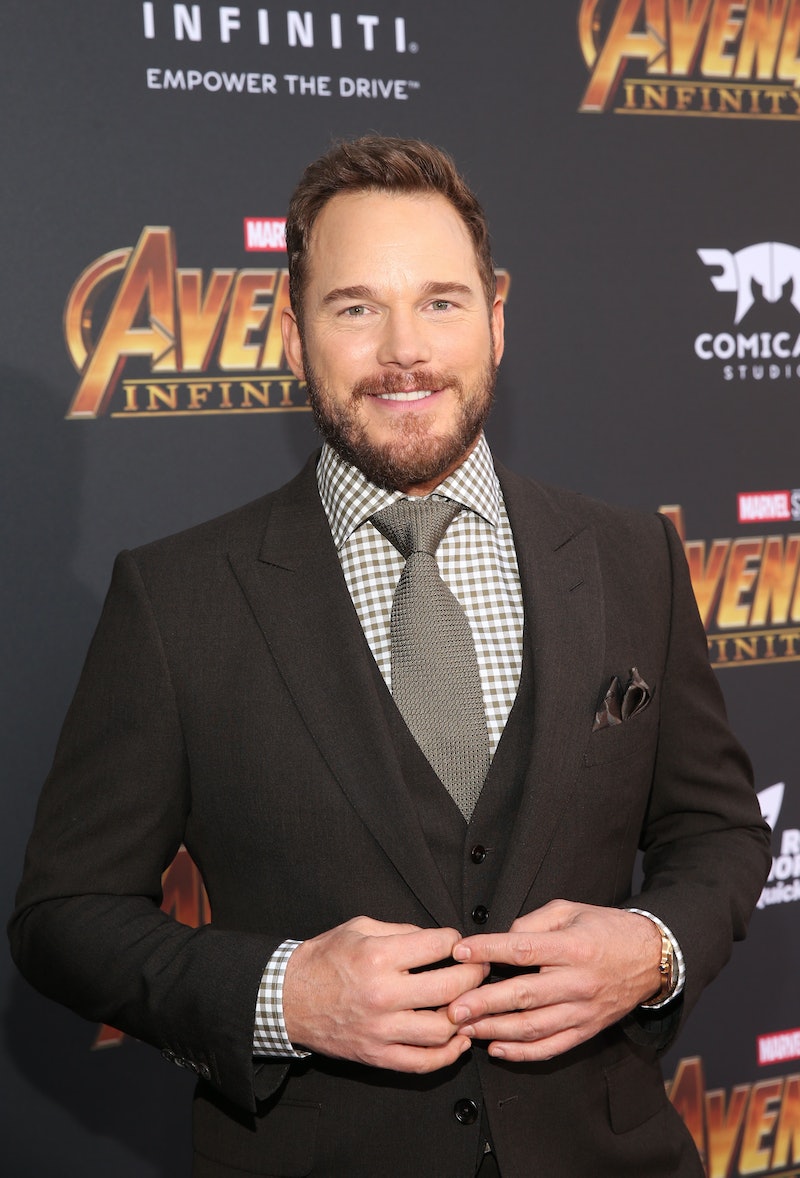 From Jurassic World to Avengers: Infinity War to the Guardians of the Galaxy franchise, Chris Pratt has logged some serious screentime over the past few years, becoming one of the biggest movie stars in the business. Now, MTV is making it official by announcing Thursday that Pratt will be honored with the Generation Award at the 2018 MTV Movie & TV Awards.

Each year, the Generation Award "celebrates beloved actors whose diverse contributions to both film and television have turned them into household names in the industry," according to a press release from the network. When Pratt receives the honor at the awards show, which will be hosted by Tiffany Haddish, he'll join the ranks of past recipients like Reese Witherspoon, Tom Cruise, and Sandra Bullock.

Pratt, who first came to prominence in 2009 as Andy Dwyer on Parks and Recreation, made the transition from sitcom to Hollywood superhero with his role as Star-Lord in 2014's Guardians of the Galaxy. He went on to star in the film's sequel, Guardian's of the Galaxy Vol. 2, and fended off dinosaurs in 2015's Jurassic World, which grossed more than $1.6 billion, according to People, along with a slew of other roles in films like Passengers, Zero Dark Thirty, and The Lego Movie.

This year has been characteristically busy for Pratt, whose most recent film Avengers: Infinity War was a record-breaking box-office smash. He's gearing up for the release of Jurassic World: Fallen Kingdom, the sequel to the 2015 film, which will be released in June.

The film has big dino-prints to fill, and is the most ambitious Jurassic film to date, subverting the expectations of the genre with a major twist. The island on which most of the action takes place gets destroyed halfway through the movie, and the characters move to an estate where the characters are trapped inside with a the vicious Indoraptor. “The first half, you have a whole dinosaur movie on the island, so you have what you expect from a Jurassic movie,” director J.A. Bayona told Entertainment Weekly in an article published last month. “Then the second half moves to a totally different environment that feels more suspenseful, darker, claustrophobic, and even has this kind of gothic element, which I love.”

Pratt, meanwhile, told the magazine that has was not too concerned about meeting the high expectations. "I feel like anxiety is a burden of the hyper-intelligent,” he joked. “It’s someone else’s job to worry about that. I just show up, stand on the X, say the lines, and give them all three of my scared faces."

Despite his continued professional success, when filming ended, Pratt faced a personal hardship. He and his wife of eight years, actor Anna Faris, separated in July 2017 shortly after the movie wrapped, and they filed for divorce in December. “Divorce sucks,” said Pratt, according to EW. “But at the end of the day, we’ve got a great kid who’s got two parents who love him very much. And we’re finding a way to navigate this while still remaining friends and still being kind to one another. It’s not ideal, but yeah, I think both of us are actually probably doing better."

Both actors are staying busy. Faris's new film Overboard, a remake of the 1987 film of the same name, opened on Friday, and Pratt will begin shooting the third installment of Guardians of the Galaxy next year, which he confirmed in an Instagram post on May 4. Fans will get to see Pratt celebrated for his hard work when the MTV Movie & TV Awards air on June 18.

More like this
Lin-Manuel Miranda & Tituss Burgess React To 'Little Mermaid' Casting Backlash
By Radhika Menon
An Extremely Messy Ranking Of What Actually Happens In 'Don't Worry Darling'
By Chloe Foussianes
Paul Mescal, Man Of Mystery
By Samantha Leach and Heather Hazzan
KiKi Layne & Ari'el Stachel Call Out 'Don't Worry Darling' Over Cut Scenes
By Sam Ramsden
Get Even More From Bustle — Sign Up For The Newsletter