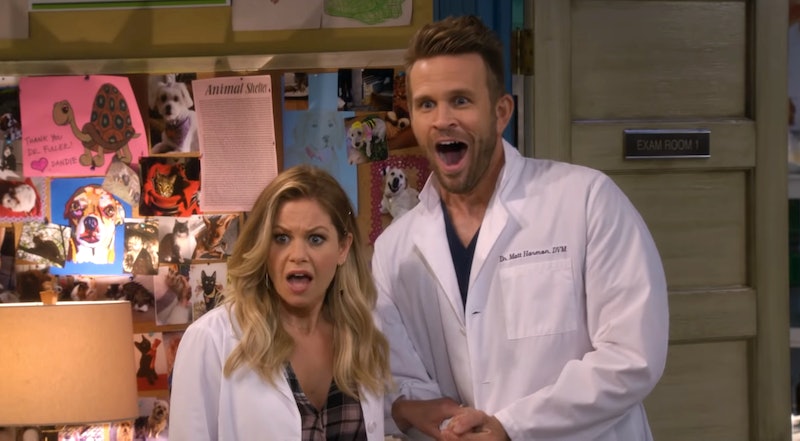 Spoilers ahead for Fuller House Season 5 Part A. The Tanner house is always full of song — even more so since D.J.'s Fuller family and Kimmy's Gibbler family have taken up residence in Fuller House. The first half of the final season is no exception with five major musical moments in Fuller House Season 5. While that amount of musical songs may seem small compared to season's past, there is still another half of Fuller House to go before the family says farewell for good on Netflix. And these musical moments will give fans something to sing about as they wait for the end of the series.

As Kimmy Gibbler proclaims to Stephanie's new baby Dani in the first episode of Fuller House Season 5, in the Tanner-Fuller-Gibbler house "there's lots of hugging and singing and dancing — and that's just at breakfast." In Full House, the majority of the music moments came via Uncle Jesse and his Rippers, but song and dance is equal opportunity in the reboot. So whether it was through an elaborate dance number, an original song, an homage to the She-Wolf's favorite boy band, a cameo by a celebrity singer-songwriter, or a musical number to celebrate a major life event, here are the five ways Fuller House celebrated family through song.