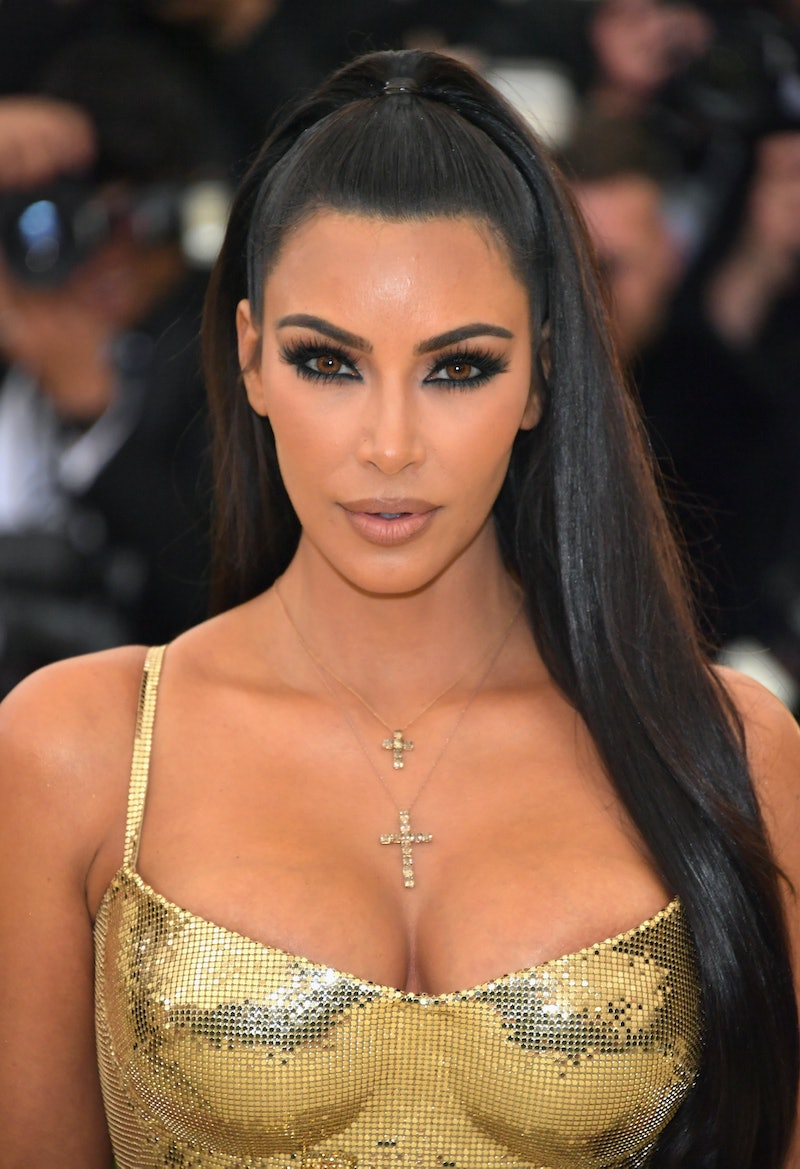 Last month, I cut a Bumble date short when I quickly realized the guy and I had different views. We were talking about my job — where I cover entertainment news — and after various patronizing remarks, he goes, “If Kim Kardashian ever became president, I’d leave the country.” Not that I’m sitting here making picket signs for “Kardashian 2020,” but I was thrown off by his comment and inquired why. He nonchalantly replied, “Because she’s retarded.”

Aside from how awful it is that he used that word, little did he know I carry my laptop to work in a crying Kimoji backpack and spritz myself with her crystal-shaped perfume before leaving my apartment. I was once quoted in Forbes for applauding their business-focused cover with Kardashian on it. Oh, and I dressed up as the Kardashian-Jenner family tree for Halloween. (Come on, it was pretty clever.)

But this isn’t about me and my at-times hyperbolic appreciation for reality TV’s most famous family — it’s about society’s tendency to undermine women, specifically Kim K, without looking at the full picture. People are so accustomed to judging her for her body that they forget she’s got a brain too. As if it’s unfathomable for a woman to be multifaceted. God forbid.

This couldn’t have been any more clear than when Kardashian met with President Donald Trump to talk about potentially pardoning Alice Marie Johnson, a 62-year-old woman, sentenced to life in prison for a first-time, non-violent drug offense — a situation brought to light in an explanatory video on Mic. The White House gathering happened on Wednesday, May 30, and the mom-of-three later tweeted,

I would like to thank President Trump for his time this afternoon. It is our hope that the President will grant clemency to Ms. Alice Marie Johnson who is serving a life sentence for a first-time, non-violent drug offense.

Kardashian followed that up with: “We are optimistic about Ms. Johnson’s future and hopeful that she — and so many like her — will get a second chance at life.”

For a “girl with no talent” — look at her! Out in the world discussing issues that matter! Maybe her critics will finally stay silent!

On Wednesday night, the New York Post shared a preview of their Thursday cover — featuring Kardashian and Trump’s photo together with not one, not two, but three references to her rear-end. This isn’t the first time she’s been the, uh, butt of the joke, but it feels especially unfair in this case, as she's fighting for social justice.

The headline read “Trump Meets Rump,” as additional coverlines toted, “Kim Thong Un” and “The Other Big Ass Summit.” And plenty of people on Twitter laughed at these jokes, calling it "the best NY Post cover" and "hilarious."

Reducing her activism to petty jokes about her body not only is insulting, but it sends a message that women should stay silent — that they just exist to look pretty. Kardashian doesn’t have to be your favorite person in pop culture, but why judge her for using her massive platform to support issues that matter? She’s got millions of followers — and that’s just on Twitter. (A whopping 60 million, in case you were curious.)

Time and time again, she’s spoken out about gun control, as well as supporting victims of hurricanes and other tragedies. In 2016, she wrote a blog post reflecting on the Black Lives Matter movement, and how frequent injustice against people of color impacts how she raises her biracial children. She’s encouraged her fans to contact legislators and sign petitions, as well as donate to those in need. It's something she herself has done, including the time her family gave $500,000 to Hurricane Harvey relief.

Sure, her career launched soon after her sex tape was released, but harping on that is so 2007. In the decade-plus since, her business empire has expanded tenfold. So why are we still talking about her sex life? And why is it that when a woman confidently stands up for herself and embraces her body she’s so quick to be dismissed?

In Kardashian’s case, she’s deemed a “whore,” or “stupid,” or “shallow.” Or in my date’s less-than-eloquent (not to mention offensive) opinion: “retarded.”

We live in a time where so many people advocate for self-love and body-positivity — yet we haven’t progressed to a time where women can actually feel good about themselves free from judgment.

But don’t worry, as internet trolls are typing mocking tweets, she’s using her voice to try sparking change. And just because she’s meeting with Trump, that doesn’t mean she supports his ideals. During the 2016 election, she vocalized support for Hillary Clinton, and she's called out Trump for not doing enough for Puerto Rico. Yes, she previously faced some backlash for backing Kanye West's polarizing support of the president (tweeting, "I believe in people being able to have their own opinions, even if really different from mine"), but this particular situation is more about her actions, not her husband's.

Anyone claiming the reality star is supporting Trump or just looking for attention is missing the point; this is bigger than that. She may not be the perfect role model, but she's doing what she can to make a difference in this instance of prison reform. As Kardashian told Mic in a video interview earlier this month,

“For me, I’m just like focused on criminal justice reform, and helping one person at a time. And so far, the White House has been really receptive to my calls, and I am grateful for that. And I’m not going to stop that because people personally don’t like Trump.”

She makes a valid point — coming together to fight for what’s right sometimes goes beyond party lines. And maybe if people stopped judging long enough to listen to her message, they’ll realize belittling Kim K because of her butt-size couldn’t be more off-base.