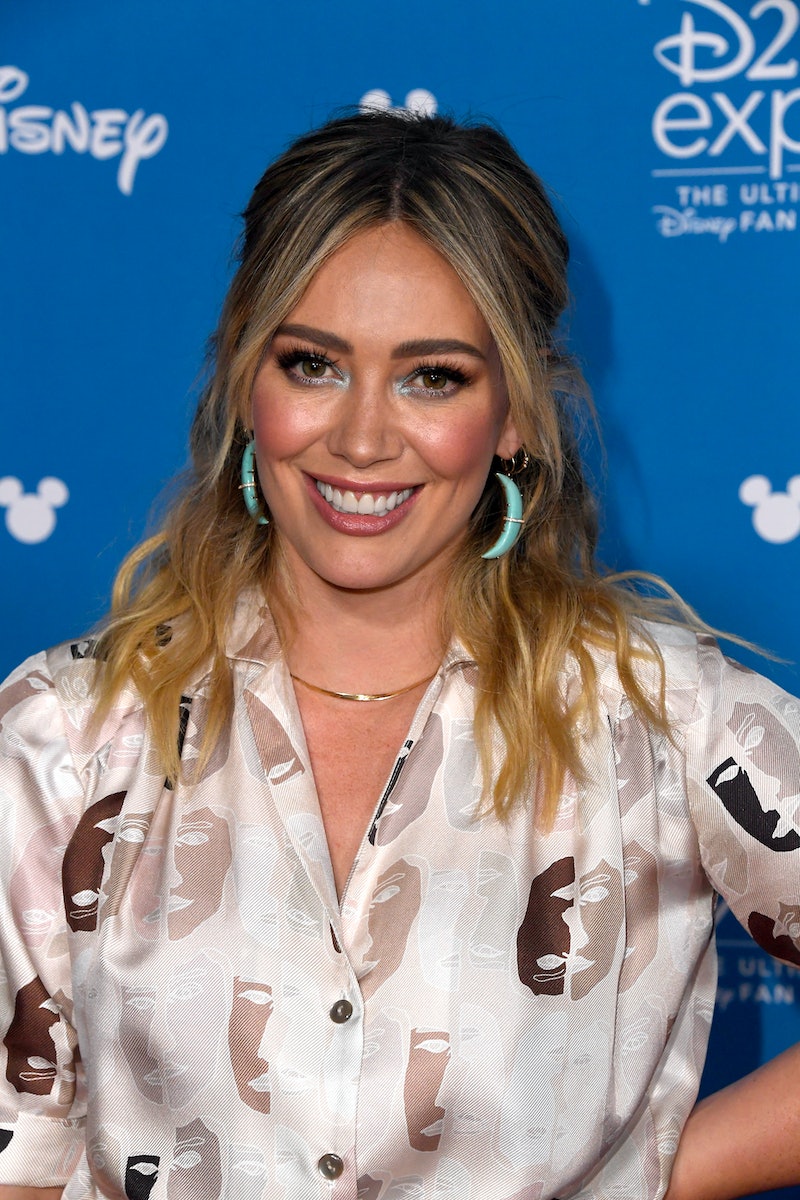 Imagine a one-stop destination where you can stream childhood classics and recent releases from Disney, including Marvel, Star Wars, Pixar, and National Geographic. Disney+ is serving you exactly that. Amid a recent surge in streaming options, you may have questions about everything available on Disney+, and while information is continuing to be released, there are plenty of details already out there. Debuting in November, this new service will include many of your favorite childhood stories — and then some.

The Walt Disney Company continues to stay on people's radar due to their brand acquisitions and long-awaited releases like Frozen 2, and news of Disney+ has only increased audience's excitement. Viewers will see past animated films, live-action entertainment, and originals exclusive to the streaming service. One of those originals includes a Lizzie McGuire reboot with none other than Hilary Duff reprising her early 2000s role. Another familiar face will be Gina Rodriguez, who's set to star in Diary of a Female President. While both series likely won't premiere until 2020, Disney+ will offer plenty of entertainment in the meantime.

With the launch on the horizon, keep reading to see how the service can fit into your fall and winter marathoning schedule.

When Does Disney+ Launch?

The streaming service debuts on Nov. 12 in the U.S. and Canada, and on Nov. 19 for Australia and New Zealand. Those in Europe, Asia, and Latin America may have to wait a bit longer with launch dates ranging from October 2019 to the fall of 2020. However, if you're based in the Netherlands, you don't even have to wait until Nov. 12. A free test version is available now for Dutch Android users.

How Much Does Disney+ Cost?

Similar to Apple TV+, Disney+ is offering a free 7-day trial which will automatically renew into a monthly subscription at $6.99/month for those in the U.S. If you're interested in committing for a year, you can buy a year-long subscription for $69.99. For that price, you'll be able to gain access to content from Disney, Pixar, Marvel, Star Wars, and National Geographic.

If the 7-day trial is a little short for you, there's another option of receiving Disney+ free for a year, starting Nov. 12. If you have one of the five Verizon Unlimited wireless plans or if you switch to Fios Home Internet or 5G Home Internet, you'll be able to stream free for 12 months. Customers have until Jun. 1, 2020 to claim the offer.

If you also want access to Hulu and ESPN+, you can buy the bundle on Nov. 12 for a monthly price of $12.99. Bonus: If you already have an annual pass to Disney's theme parks, you can score a pre-order discount that saves you $40 on a three-year subscription, or $20 on a two-year subscription plan. This promo is exclusive only to U.S. streamers and expires on Oct. 11.

Luckily, Disney+ is offering pre-ordered subscriptions so customers won't have to wait until Nov. 12 to sign up. Simply visit the Disney+ site and create an account.

With one Disney+ account, you'll be able to stream to four devices at once and authorize a maximum of 10 devices total. This contrasts Netflix's Basic plan, which allows only one stream while its Standard plan allows two concurrent streams. Customers can also create seven user profiles for various members of the household, along with the ability to choose a popular character as their icon or avatar.

Do I Need WiFi To Use Disney+?

Disney+ is offering unlimited downloads so you can catch your favorite entertainment wherever you are, whether your cell service is pulling through or not.

What Can I Watch On Disney+?

You've probably seen the films from MCU, Star Wars, and the Disney Animation Studios in theaters. Now, you can see them at home, ad-free. Disney has acquired multiple brands over the years including Marvel, Fox, Lucasfilm, and ESPN, and Hulu. For Disney+, the official lineup is content from Disney, Star Wars, Pixar, Marvel, and National Geographic.

Apart from content of these five studios, Disney+ will also include legacy programming from Fox like The Sound of Music and The Princess Bride. For a higher subscription price, you can also watch all content available on ESPN+ and Hulu. Soon, you'll be able to relive the fight scenes from the MCU franchise and recite the songs you've memorized from Disney classics.

However, the queue doesn't stop there. All 30 seasons of The Simpsons, the longest-running American sitcom, will be available on Disney+. There will also be original series and content available only for Disney+ subscribers, including several title series on Marvel characters like Hawkeye, Loki, the Scarlet Witch, and Vision, to name a few. Star Wars fans won't be left out as there is a currently untitled series on Obi Wan Kenobi in the works.

As for the original content that premieres on Disney+'s launch date, subscribers can keep a lookout for The Mandalorian, a Star Wars series post-Return of the Jedi. The live-action adaptation of Lady and the Tramp is also set to be released with Disney+'s debut. But while the service launches ahead of Star Wars: The Rising Skywalker and Frozen 2 this fall, movies released in theaters won't premiere on Disney+ until some months later. Frozen 2 is slated to become streamable in the summer of 2020.

What Devices Can I Use To Stream Disney+?

Streaming services typically offer the ability to view entertainment on iPhones, iPads, laptops, and Apple TV. However, Disney+ is kicking it up a notch with streaming abilities on Android mobile devices, Android TV, Chromecast devices, PlayStation 4, Roku devices, and TV, and Xbox One, according to Polygon.

Deciding which streaming service(s) to pick can be a large feat, what with the ever-increasing number of options available including Apple TV+, HBO Max, and Peacock. However, only Disney+ can reintroduce stories that know no age. One thing's for sure, your queue might be never-ending in the months to come.

More like this
UK Viewers Are Now Able To Board Seth Macfarlane’s 'The Orville'
By Frances Stewart
At 28, Lesley Manville Was Acting, Picketing, & Singing Kate Bush Songs
By Olivia-Anne Cleary
This New Comedy Is The Perfect Combination Of 'Jane The Virgin' & 'New Girl'
By Darshita Goyal
Olivia Rodrigo Reunited With Joshua Bassett On The Red Carpet & Twitter Can’t Handle It
By Jake Viswanath
Get Even More From Bustle — Sign Up For The Newsletter