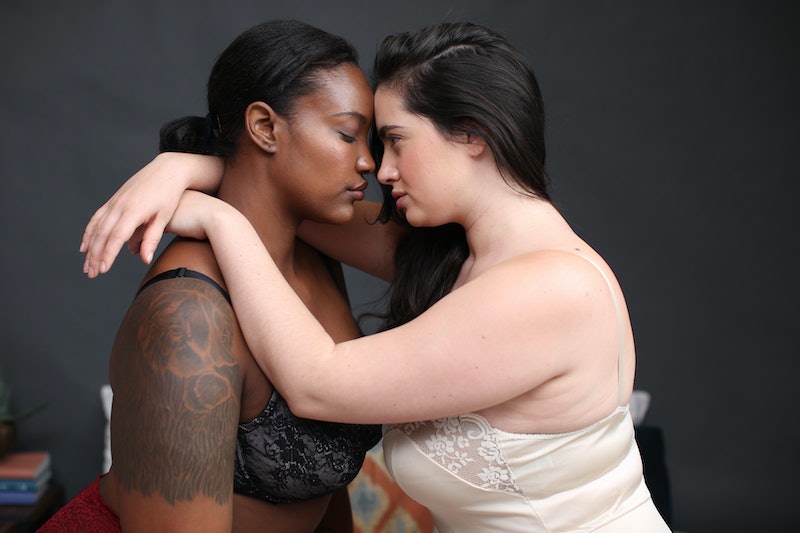 "The concept of ethical as it relates to adult content production is complex," Lust tells Bustle. "It’s important to say there is not yet a consensus about what exactly it is, but in simple terms, ethical porn cares about the performer's welfare. It is adult cinema where consent has been given for every part of the film from all parties involved. This means consent regarding the sexual acts being performed, but also the rate of pay they are receiving. Personal limits and boundaries are respected and the performer can stop shooting at any moment if they feel uncomfortable. Everything is done under a safe sex environment, good working and safety conditions, and labor rights for performers and crew. It goes down to the basics like providing meals on set and having anything they need provided. This environment emphasizes safety and mutual respect."

"The XConfessions App is designed to take away some of the pressure," Lust says. "For starters, you have time to go through the cards by yourself and think about them to decide if you're interested in trying it or not. The couple's bank of matching cards also means that each partner can come into the conversation feeling a sense of ease that they already know that their partner wants to try the same things as them."

So once the pressure's off and you're ready to talk about your fantasy, where do you go from there? Here are some tips for talking to your partner about a sexual fantasy, according to Lust.