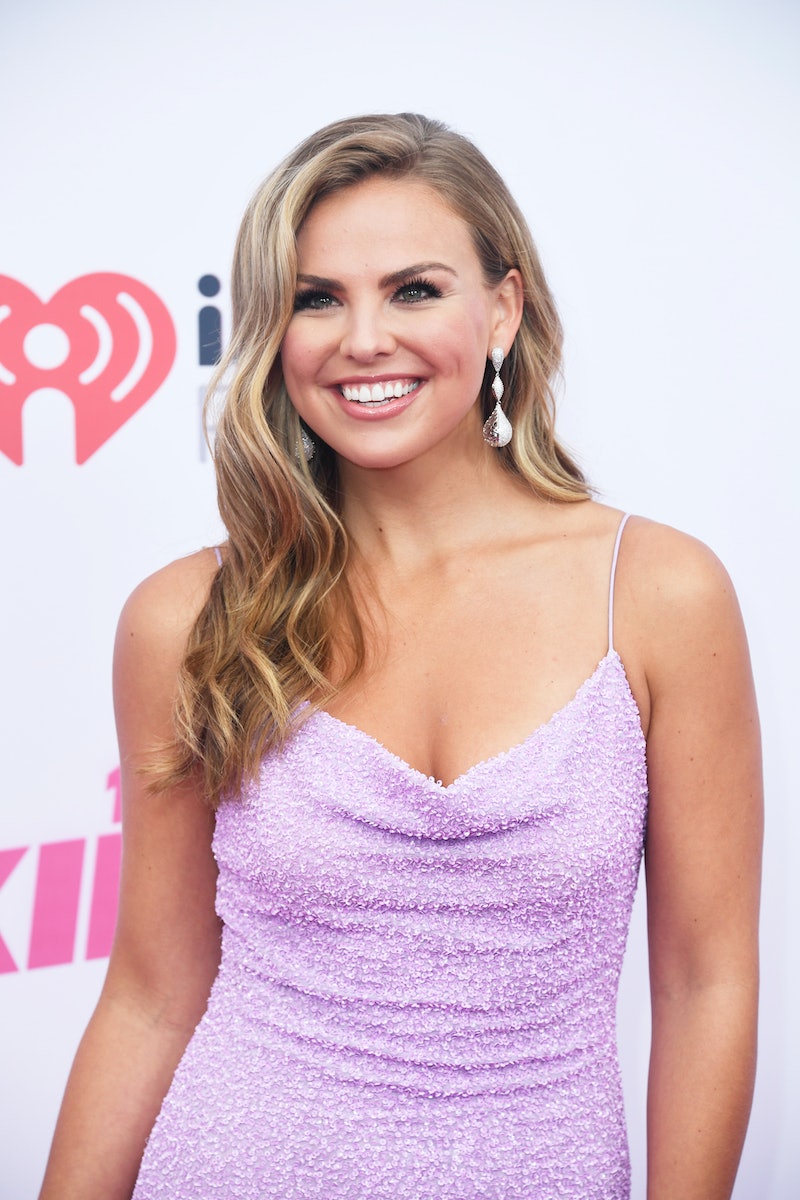 In a candid post that went up on Instagram Stories Monday night, Bachelorette star and Dancing with the Stars contestant Hannah Brown shared how she feels about dating at this moment. When one fan asked her if she is interested in jumping back in the dating pool, Hannah replied, “I mean, I’m not opposed to it but I just went through a really crazy experience and I think I really need to reflect on that and figure out how I can be better for the next. But when the time’s right, sure.”

She also added some text to the post to elaborate. “Not my top priority, but you never know when the right guy will come along,” she wrote. “I’m focused on myself right now. I don’t need a man, but it’s a desire of my heart to live life with someone by my side. One day.”

The “experience” she just went through, of course, was getting engaged to someone she met on reality TV only to call off that engagement some weeks later. Shortly after contestant Jed Wyatt got down on one knee and won the 15th season of The Bachelorette, Hannah (and all of Bachelor Nation) saw a People magazine article in which a woman named Haley Stevens claimed that she and Jed were in a serious relationship when he went on The Bachelorette. Jed's explanation left a lot to be desired, and Hannah broke up with him before the finale aired.

Ah, yes. At the After the Final Rose special, Hannah asked runner-up Tyler Cameron if he would be down to get a drink sometime. Less than a week later, Tyler C. was reportedly photographed in front of Hannah's home. And then we blinked and Tyler C.'s unconfirmed relationship with Gigi Hadid was off to the races. Hannah has said time and time again that she was not in any rush to get into a relationship with Tyler C. after her season, but that doesn't mean she wasn't caught off guard by the timing of his reported first date with Hadid. As she said a recent episode of Rachel Lindsay and Ali Fedotowsky-Manno's Bachelor Happy Hour podcast, "It was a little confusing but, um, he can do whatever he wants to and I know that I can too."

Through the ups and downs, Hannah has been incredibly transparent about where she is at and how she feels. In a lengthy Instagram post that went up on Aug. 12, she revealed she was "struggling" after her time on the show. She wrote,

"Since last August, I’ve been a pageant queen, a bachelor contestant, and the Bachelorette. I’ve been in love with multiple people, I got engaged, I broke off an engagement, and I shared it all with millions of people. My faith has been questioned by thousands who don’t know my heart, and my transparency with my decisions has labeled me promiscuous."

"Maybe I needed write this out to remind myself I’m human and it’s okay to be overwhelmed," she said near the end of the post. "And maybe, I just needed to remind you guys too."

Her season of The Bachelorette brought a heck of a lot of relationship drama, and it checks out that she is not exactly champing at the bit to date people again. No, she is not opposed to dating again, but she isn't making it a priority. She's taking "Hannah time" and doing what's beast, er, best.