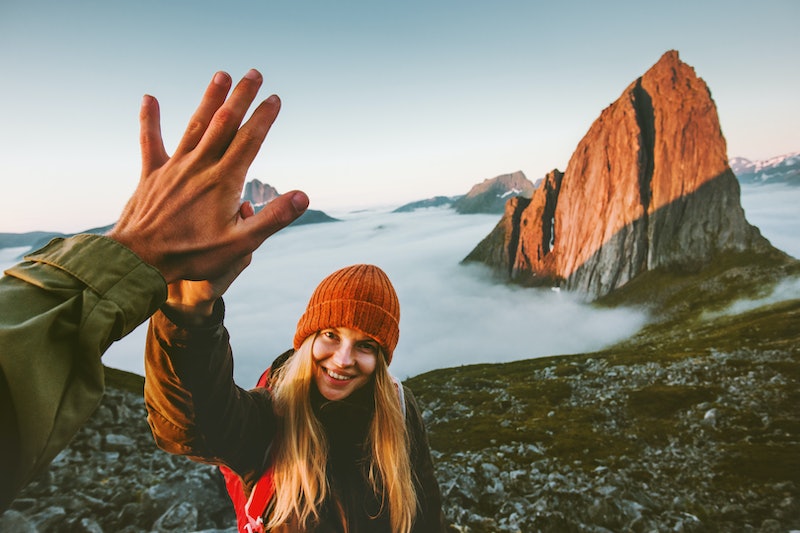 Earlier this year, Brittany, 39, and her husband Christian, 38, were ready to make their dream of traveling the world come true. The two had purchased a firetruck to convert into an expedition vehicle. Their floor plans were set, parts were being delivered, and they were plotting a route to drive and ship themselves from Germany to Australia, while running Brittany's travel business. But then the coronavirus pandemic began, postponing their plans indefinitely and putting a dent in their already tight budget.

Brittany says her business hasn't been doing well since travel restrictions went into effect, and Christian's salary has been impacted, too. Even if they're able to build their truck and begin the journey, they're worried it'll be too difficult to cross national borders.

Now the couple, like many others with derailed five-year plans, are wondering what to do next. As a result of coronavirus, over 30 million Americans have filed for unemployment, the global economy has taken a hit, and young adults have been moving back in with their parents in order to save money or stay safe — all of which affect long-term goals. And while an unexpected change in plans is upsetting, the hitch has also offered people a moment to slow down and reassess their timelines. For some, it means developing a new sequence and for others, it means coming to terms with a delay.

"Five-year plans have essentially lost at least one year and often crucial months due to the shutdown of society during the pandemic," Priya Jindal, a life coach, tells Bustle.

It's not nearly the future I was planning for, and I'm unsure of what the next five years will be like now.

For Nico, 26, and Eva, 26, their five-year plan consisted of getting married in front of friends and family in July, buying a house, and then adopting a cat. Once March came around, they knew they'd have to postpone their wedding. "Changing plans because of something like a pandemic makes you feel really powerless," Nico tells Bustle, but they made the best of a bad situation by following their plans in reverse order, starting with adopting a cat. "The cat really helps," he says. As does the knowledge that their wedding will now take place next summer.

This type of restructuring is one way to cope with a stalled five-year plan. "The plan may look radically different and yet achieve the same outcomes," Jindal says. "So, as long as it's a guide and not the destination itself, a five-year plan can be revived."

That's good news for business owners like Selma, 36, who was just starting to get an idea off the ground when the pandemic hit.

"I was about to sign a five-year commercial lease to open a meditation studio," she tells Bustle, "just days before lockdown." She was hoping to provide sound therapy, connect with clients in person, and eventually open more studios in London and New York City. Instead, she moved her classes online while she waits to see what the future holds.

The same is true for Kristen, 35, who was also planning to set down roots. "Before the pandemic struck, I was in Charlotte, North Carolina, looking for houses and interviewing for new jobs," she tells Bustle. "My five-year plan was focused on buying a house, a new wheelchair (which is a year-long process), getting a dog, and settling into the next part of my life and career." But because she's at high risk for COVID-19 due to a spinal cord injury, she put her house- and job-hunting on hold and moved back in with her parents in New York where she's working remotely as a writer.

"It's not nearly the future I was planning for, and I'm unsure of what the next five years will be like now," she says. "I was looking forward to owning a house and finally starting to take my love life more seriously. I'd like to get married at some point."

I can't imagine being pregnant and potty training a 2-year-old right now.

The pandemic has also affected those in the family-planning process, like Kristin, 34, and her husband Michael, 38, who had to put off having a second baby when their IVF clinic stopped performing transfers. "In 2017, we completed a successful retrieval of eggs and then had a successful embryo transfer, resulting in the birth of our daughter in 2018," she tells Bustle. "She's now 2 years old, and for those planners who want their kids three years apart, we were planning on starting the frozen transfer process of one of our other embryos, but now we're not."

Michael has been logging long hours at his job at a hospital, which means Kristin has been spending a lot of time home alone with their daughter. "I can't imagine being pregnant and potty training a 2-year-old right now," she says, "so even if we could get pregnant without the help of IVF, I'd hold off because I don't have the mental or physical stamina for that right now."

Many people are experiencing these types of setbacks, but when five-year plans go awry, there can be a way to get back on track — even if the route doesn't look the way you expected.

"There's no way for us to have prepared for this and there's nothing we can do — it sucks," Nico says. "But things are still going according to plan, just not in the order we predicted."