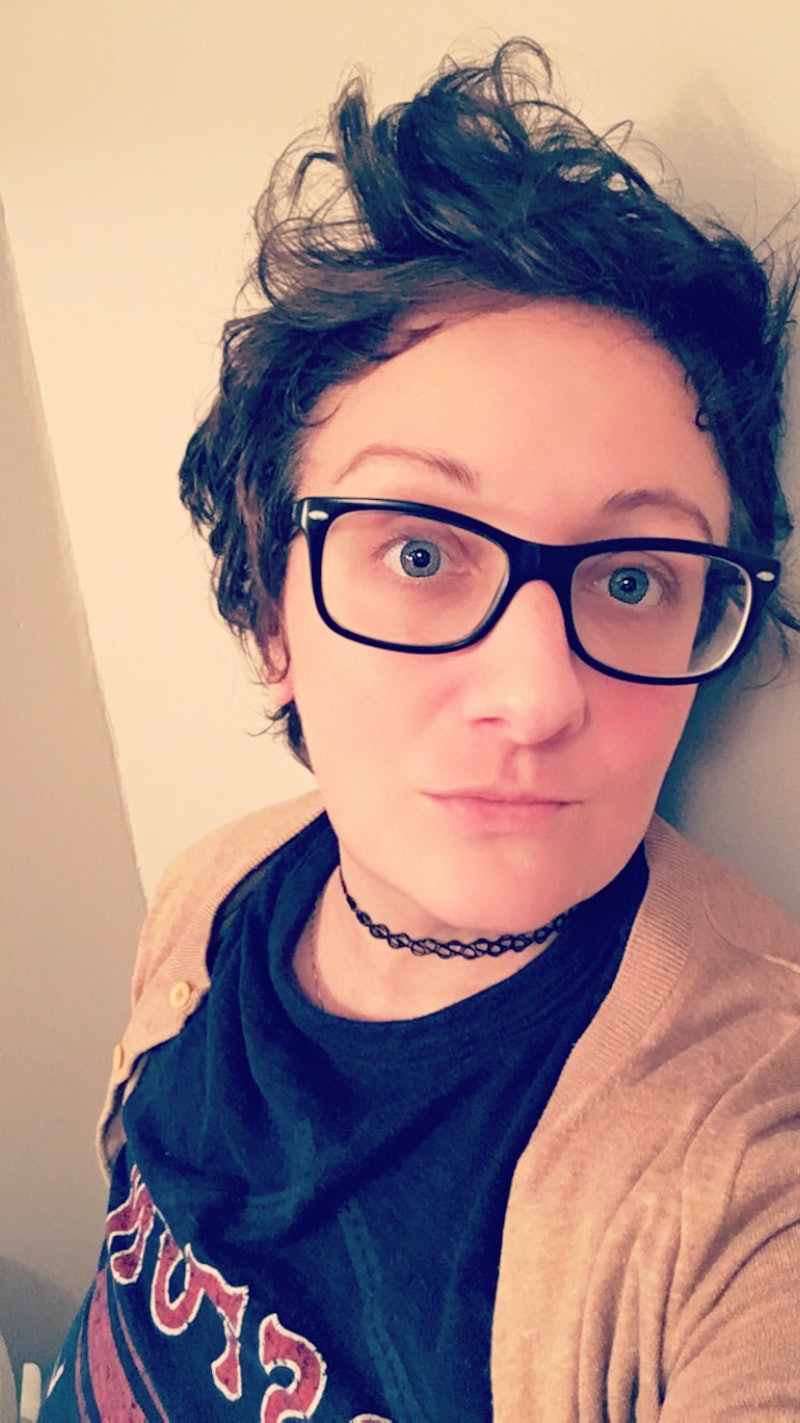 It was during those late-night fumbling sessions that I’d poke around and try to give myself an orgasm. At that point, I had never had an orgasm, so I wasn’t even sure I’d know if I had one. But that didn’t stop me from trying.

Then one night, it happened. As I fumbled, I came across what I’d later realize was my clitoris. I found that touching it felt really good. So I kept touching it, moving my index finger around in a circular motion, while applying different levels of pleasure. It felt so good, that I assumed it was definitely a bad thing; a wrong thing. As the feeling got more and more intense, I started to feel more and more guilty. When I finally had my very first orgasm — which I wasn’t even sure that’s what it was — I was conflicted. Was what I felt bad? Had anyone else experienced such a thing? Did I just invent something new? As a kid who came of age in the '90s, I didn’t have Google to turn to. All I had was my Sassy magazines and this new “dirty” secret. An amazing secret, but dirty nonetheless.

“I have always been hyper aware of how institutional conditioning shapes the ways in which we have sex, even as an adult,” Alicia Sinclair, founder and CEO of COTR, tells Bustle. “In my own experience, the shame associated with veering outside of the Mormon narrative I grew up with propelled me to reclaim my relationship with sex through my work.”

She’s right: it is different. Women in their 20s now are far more sex-positive and open than when I was in my 20s. What seemed taboo for me at 20 doesn’t hold the same “gasp” factor for a lot of women in that age bracket today.

Simply, experiencing pleasure is a human right. There is no shame in claiming that right by yourself.

“Simply, experiencing pleasure is a human right,” Sinclair says. “There is no shame in claiming that right by yourself.”