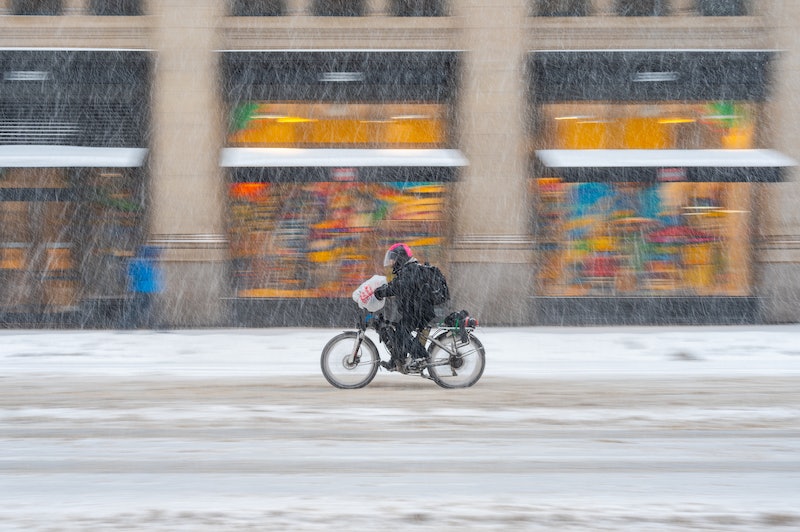 This has been one of the wackiest winters for weather in recent memory. It's often been warmer on the East Coast than in California; now, though, a heatwave is hitting Los Angeles, and a wicked snow storm is set to slam the Northeast and Atlantic regions. So: How should you prepare for Winter Storm Stella? While you may have been ready to put away your cold-weather gear, it seems winter is getting one last gasp before the spring equinox on March 20, and getting caught unprepared can leave you in the dark — literally.

Last week, a vicious wind storm swept across the Midwest, leaving hundreds of thousands of people without power. My cousin, who lives in the Detroit area, wasn't prepared for the powerful storm, and she paid the price: She came home from a hot yoga class planning to take a shower and then head out to meet some friends. But when she arrived back at her apartment, the power was out, and she didn't have candles or a flashlight. What began as a minor inconvenience turned into a five-day stretch that had her bunking at a friend's house so she could shower and go to work.

While I live in Los Angeles now, I grew up in Ohio, and I lived in Maine for nine years, so the perils of winter weather are familiar to me. It's always good to have a plan about what you will if a winter storm wreaks havoc, as Stella threatens to do. Here are 10 ways to prepare for winter-storm Stella so you're not left out in the cold.