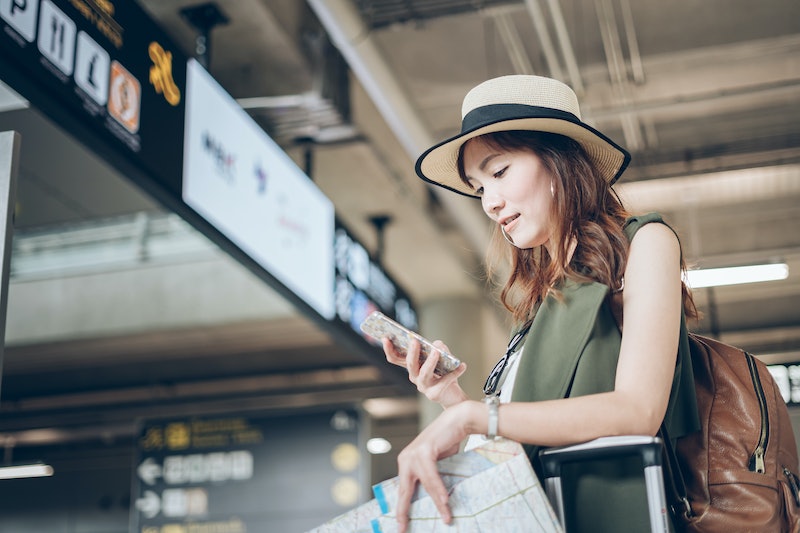 You’re all ready for your vacation — you’re packed, you made a tentative travel itinerary, and you can’t wait to have some time off — but there’s just one problem: Your flight is full. When it comes to what to do when your flight is overbooked, you have a few options. Of course, everyone will take this news differently — while some may look forward to getting a flight voucher, others will still want to take this flight; they don’t want to wait one more minute to be on that Maui beach.

“Overbooking is more common than air travelers might think,” Christian Nielsen, chief legal officer at AirHelp, tells Bustle. “Overbooking flights is the practice of selling more tickets than there are seats on a plane.” He says that, this way, airlines can sell more seats than they have available, as they assume that not all passengers will show up for the flight. “If all passengers do show up, some may be denied boarding, or be ‘bumped’ off the flight,” he says. “Luckily, there are laws in place to ensure passengers are properly compensated if that happens. Knowing their air passenger rights will help consumers decide what to do next.” Below, Nielsen and other travel experts reveal what you should do when you’re in a situation where your flight’s overbooked.

More like this
Where Was 'The Bachelorette' Season 19 Filmed? More European Destinations Are On The Way
By Radhika Menon
Dunkin’s Pumpkin Spice Latte Is Officially Back This Week
By Mia Mercado
25 Things I've Reduced My Life To, In Addition To WFH In My PJs
By Ginny Hogan
The Spiritual Meaning Of The August 2022 New Moon
By Nina Kahn
Get Even More From Bustle — Sign Up For The Newsletter