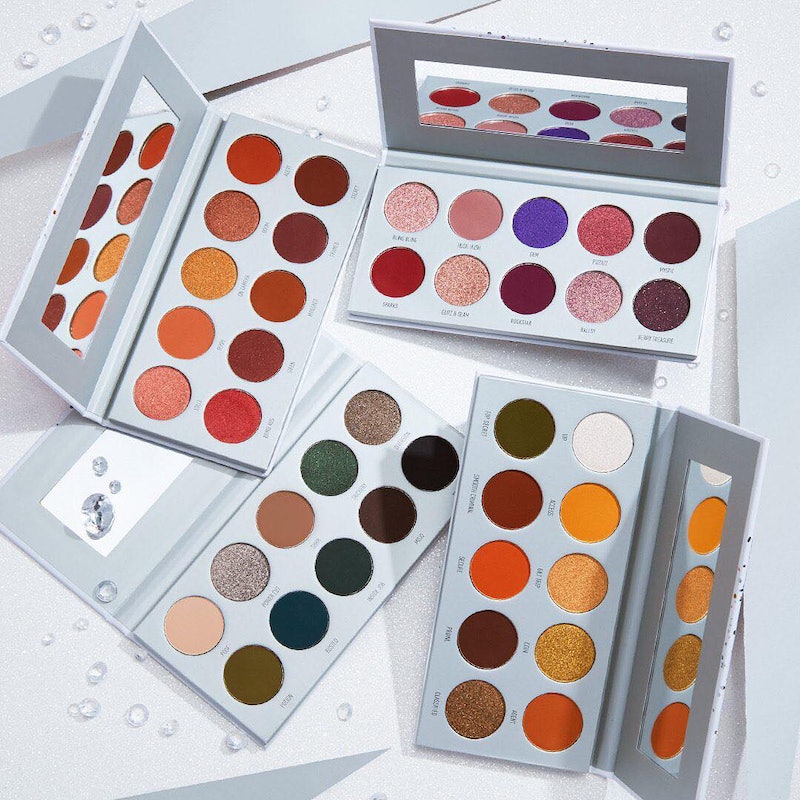 The collection launched on Tuesday, Aug. 14, and now, a little over 24 hours later, the Jaclyn Hill x Morphe Vault is officially sold out on the Morphe website. Looks like the guru and the brand have another mega hit on their hands. If you didn't shop the Vault, though, don't be too sad just yet. You've still got options for snagging your very own Hill approved shadows.

While the collection may be gone on the Morphe website, it's still available in their physical stores, so if you're near one, you may still be able to snag the full bundle or the individual palettes.

Speaking of individuals, Ulta Beauty is also carrying the Vault Collection. While they aren't offering the discounted Vault bundle, they are selling all four of the palettes individually. According to the retailer's website, three of the four palettes are still available for purchase (Armed and Gorgeous is sold out). Plus, they're all available in Ulta stores as well.

The Vault's sell-out shouldn't come as a shock to Hill's fans, though. After all, this isn't her first foray into the world of collaborations. In fact, Hill's first collaboration with Morphe is how the Vault even happened to begin with.

When the guru was creating her original 35 eyeshadows with the brand, she could only fit so many shades into the palette. The shades found in the four Vault palettes are the shadows that she had to cut from her original work with the brand. Of course, that palette ended up being a mega-hit. In fact, Hill and Morphe have sold over 1 million of them, and the palette isn't going anywhere any time soon.

Of course, there's also her practically immortalized work with BECCA Cosmetics. Not only did the brand work with Hill twice (first to create her iconic highlighter and secondly, to make the Champagne Glow Collection), but Champagne Pop is now a permanent member of the BECCA family. Clearly, that highlighter was a BFD.

Only time will tell if the Jaclyn Hill x Morphe Vault Collection will rise to the level of the original collaboration between the guru and the brand or become as iconic as Champagne Pop. One thing is certain, though. The Vault Collection is well on its way given its sold out status.

As for a restock, Morphe and Hill have been mum about a date, but you can sign up for an e-mail notification when it returns to their site. Until then, you've still got some places to snag the Vault Collection until it's back in stock. While it did sell-out, there's still hope Hillsters. You know Jaclyn would never let you down.