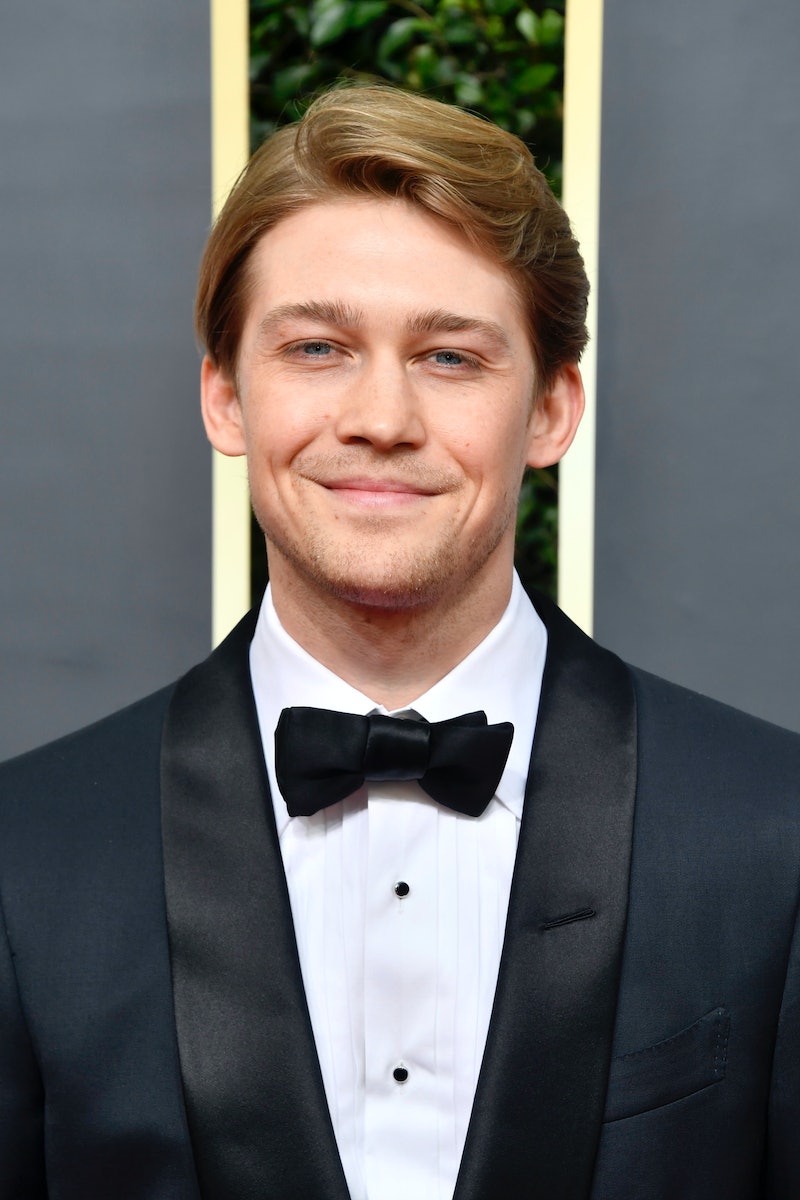 Joe Alwyn is practicing social distancing with someone iconic — and even more importantly, with her famous cats. On Wednesday, April 29, Joe Alwyn shared photos of Taylor Swift's cat Benjamin Button on his Instagram Story as the couple quarantine together. And while the actor famously doesn't post about his relationship with Swift, it seems like even he couldn't resist sharing some adorable snaps of her newest kitten.

In the pictures — which Alwyn presented without comment or caption — the Ragdoll kitten plays hide and seek in various locations around the house, including in a paper bag, a cardboard box, and under the rug. In all of the snaps, Benjamin's distinctive blue eyes stare at the camera, giving him away in his chosen hiding spot.

Alwyn's photos of Benjamin are just the second time that he has shared a small glimpse of his relationship with Swift on social media; in August of 2018, he made his Instagram account public, and it featured a photo taken in Arizona that matched one that Swift shared on her own account. "I didn't even think of that until I was in New York and someone else mentioned it," Alwyn British GQ in October 2018 of the post, and the attention it gained from fans. "It wasn't purposeful at all!"

Since they first began dating in May 2017, both Alwyn and Swift have made the conscious decision to keep their relationship out of the spotlight, and almost never speak about each other to the press. "I’ve learned that if I do [talk about my relationship], people think it’s up for discussion, and our relationship isn’t up for discussion," Swift told The Guardian in August 2019 about her decision to keep her romance with Alwyn quiet.

“If you and I were having a glass of wine right now, we’d be talking about it — but it’s just that it goes out into the world," she continued. "That’s where the boundary is, and that’s where my life has become manageable. I really want to keep it feeling manageable." In her Netflix documentary, Miss Americana, the singer revealed that part of what attracted her to Alwyn was that he "had a really wonderfully normal, balanced, grounded life. And we decided together that we wanted our relationship to be private."

Someone Swift is very happy to speak and post about, however, is Benjamin Button, who she adopted after meeting him on the set of her "ME!" music video. "Can I keep him?" she instantly asked about Benjamin in a behind-the-scenes video. "I've never had a cat love people this much." The answer was a resounding yes, and Swift soon introduced him to her Instagram followers in an adorably cuddly photo that she captioned, "And then there were three."

And while Swift was worried that her other two cats, Meredith and Olivia, might be "jealous" of Benjamin when he first came home, the newest addition quickly fit right in with Swift's menagerie of strangely-behaving kitties. "I've never personally encountered a cat that prefers to be carried as if they're a human baby, but this is what's happening," Swift said in an Instagram video of herself carrying Benjamin around the house. "This is how he prefers to travel." No wonder Alwyn couldn't resist sharing such a cute cat with the world.