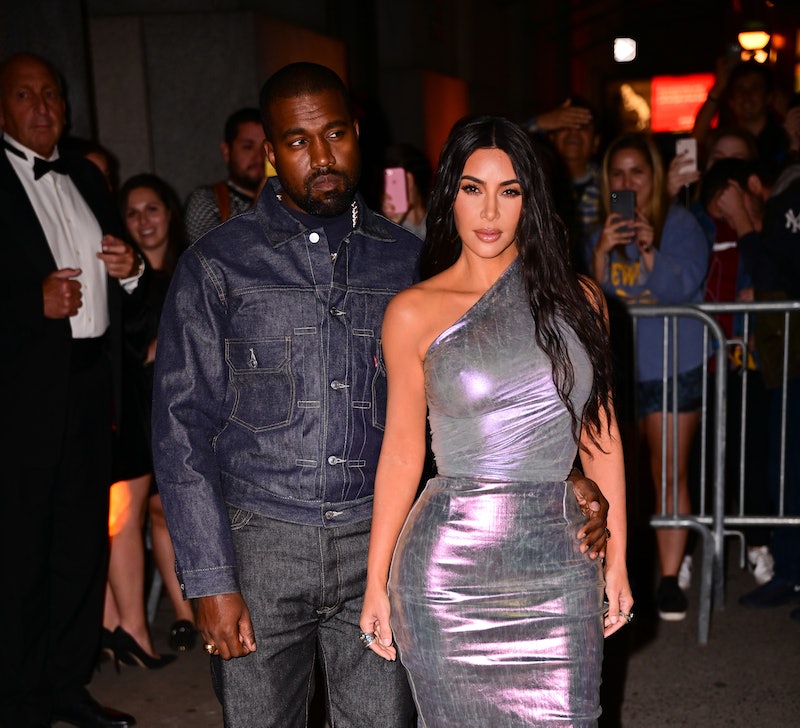 The holidays are all about family — and one very famous matriarch is illuminating some of the trauma she had to endure in order to have a family of her own. As part of a video for her SKIMS Solutionwear line, Kim Kardashian revealed she had five surgeries after son Saint's birth, and spoke about the many complications she had while pregnant with her eldest children, North, 6, and Saint, 4.

The video, in which Kardashian reflects on "the importance of family" is part of her campaign to raise awareness for The Bail Project, a non-profit that "pays bail for people in need, reuniting families and restoring the presumption of innocence," according to their website. (SKIMS is highlighting several women and the causes close to their heart this holiday season.)

"When I was pregnant with my daughter North, I had a condition called pre-eclampsia or toxemia, which is basically when the mom's organs start to shut down," Kardashian recounted in the clip, wearing a brown, fuzzy ensemble against a plain, brown background. "The only way to get rid of that is to deliver the baby," she continued, revealing that North was born six weeks early, and weighed just four pounds. After giving birth, the KKW Beauty founder also suffered from placenta accreta, which is a condition in which the placenta grows into the wall of the uterus. "That is what women die from in child birth," Kardashian said.

Despite those complications, Kardashian revealed that she wanted to have more kids, and so continued to freeze her eggs, which allowed her to become pregnant with Saint. "I had the same condition and the same awful delivery that I had with my first daughter," she recalled, before adding, "after that I actually had to have five different operations within a year and a half to fix the damage that all of that did from the inside." The reality star hid all a lot of her postpartum complications from the public eye, revealing that "on the outside I was filming and [doing] photo shoots," while undergoing the multiple surgeries.

Still, Kardashian was hoping to become pregnant with even more children herself, but eventually had to turn to surrogacy after her doctors told her that she couldn't risk yet another life-threatening pregnancy. "I asked my doctors, 'Can I do it one more time?'" she recounted. "And they were like, 'We won't even put an embryo in you, that would be malpractice.' And I opted to have two different surrogates to use the last two embryos we had." (She and husband Kanye West welcomed daughter Chicago in January 2018 and son Psalm in May 2019.)

"I would have gone through the same pain and back for the result of having my babies — it was all worth it," Kardashian said, adding that she is "so thankful for surrogates" for helping her expand her family. Perviously, on a September 2018 episode of Keeping Up with the Kardashians, the reality star had called surrogacy was "the best decision I ever made."

Still, despite being "thankful" for her children and her own experience growing up in a large family, it doesn't seem like North, Saint, Chicago and Psalm will be getting any more siblings in the future. "A house of four is wild, but complete," Kardashian said during a September appearance on The View. "That means absolutely no more [kids]." Instead, Kardashian just wants to focus on her family — and helping others reunite with their own children.