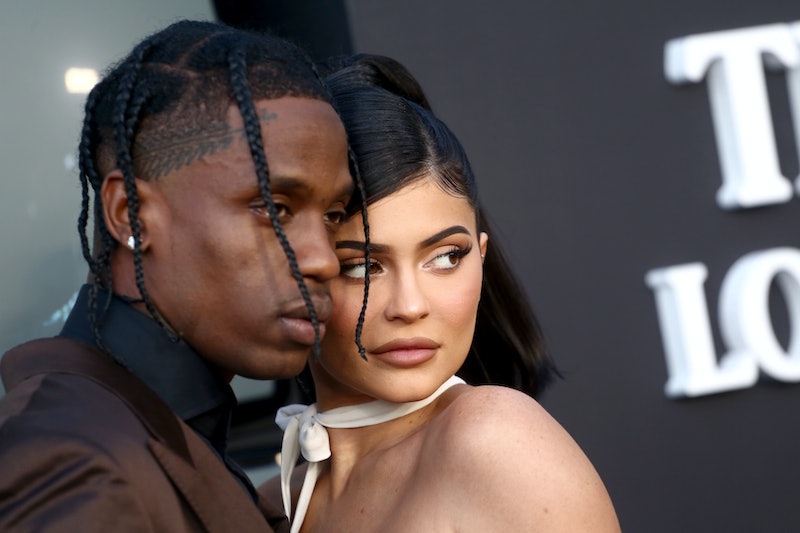 Sorry to be the bearer of bad news, but it sounds like Kylie Jenner and Travis Scott's relationship may actually be done for good, according to a new Us Weekly report. The couple went their separate ways earlier this month, and fans have been rooting for them to reconcile — and clamoring for "clues" they're back together — ever since. Now, despite initial speculation that Jenner and Scott's split was only temporary, the magazine's insider claimed that no longer seems to be the case.

"It doesn’t look like they will immediately reconcile anymore," Us Weekly's source said. "They have differing objectives and two different lives." (Bustle reached out to the pair's reps for comment, but did not receive an immediate response.)

News of Jenner and Scott's split was first announced by TMZ on Oct. 1. Several other outlets confirmed the breakup later that day, with one source telling People that the pair were simply "taking some time," but weren't officially finished. "They still have some trust issues but their problems have stemmed more from the stress of their lifestyles," the insider added.

A few days later, Jenner addressed the news herself after she was rumored to have reunited with her other ex, Tyga, during a "girls' night out" in Hollywood. The makeup mogul clarified via Twitter that she and Tyga just happened to be in the same place at the same time, and then followed up with another tweeted explaining she and Scott "are on great terms and [their] main focus right now is Stormi."

As for Scott, he shut down rumors that cheating caused their breakup via an Instagram Story post in early October. The rapper wrote, "It’s really affecting when u see false things said about u once again these false stories about me cheating are just simply not true." He added that he's focusing on "what's real," including music and his family.

Jenner and Scott first started dating back in April 2017. In September of that same year, multiple sources began to report the couple was expecting a child together, but neither Jenner nor Scott confirmed those rumors until after Stormi was born in February 2018. Throughout their relationship, the couple sparked engagement rumors multiple times, posed on the cover of Playboy together, and shared tons of family photos on Instagram.

While reconciling may seem unlikely right now, there's no telling what the future will hold. Maybe they just need some time apart to "like, realize stuff."

More like this
Kanye West Apologizes To Kim K "For Any Stress I Have Caused" In Rare Interview
By Jake Viswanath
Adam Levine Denies Having An Affair — But Admits He “Crossed The Line”
By Jake Viswanath and Radhika Menon
Twitter Is Freaking Out Over Rihanna’s 2023 Super Bowl Halftime Show Announcement
By Stephanie Topacio Long
Everything To Know About Taylor Swift’s 10th Studio Album, 'Midnights'
By Grace Wehniainen and Jake Viswanath
Get Even More From Bustle — Sign Up For The Newsletter