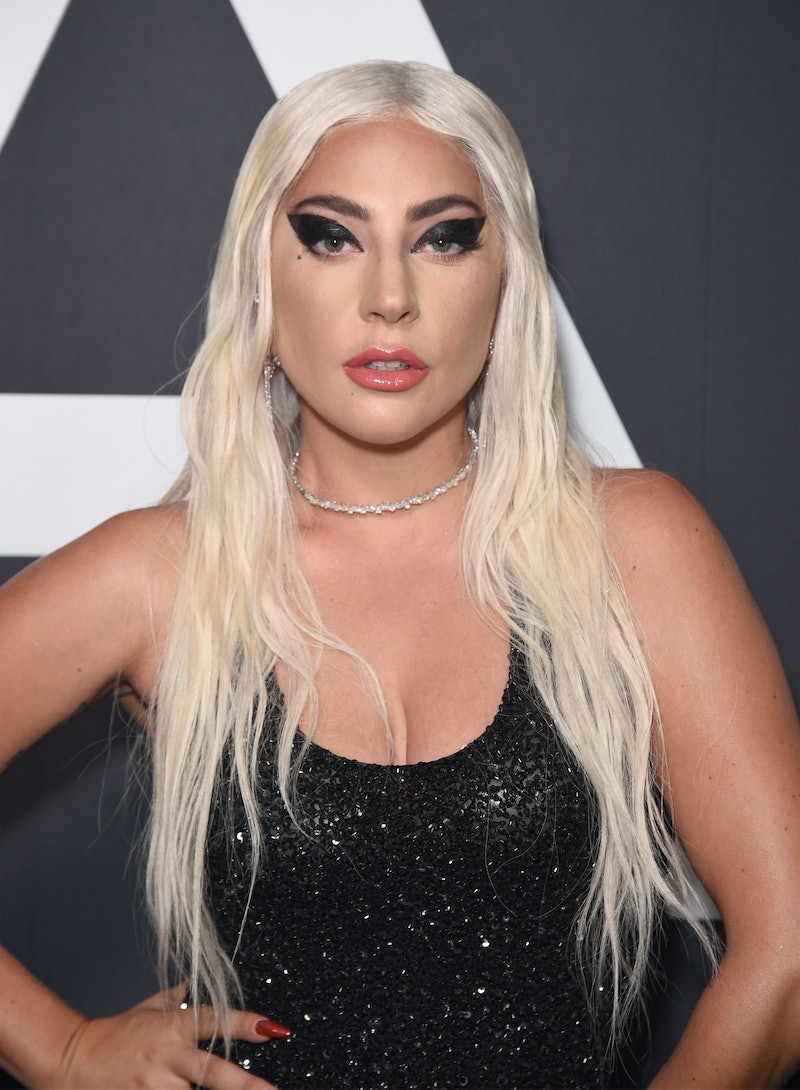 After nearly three months of dating, Lady Gaga split from boyfriend Dan Horton "earlier this week," Us Weekly reported via an unnamed source on Saturday, Oct. 19. The nine-time Grammy winner had also seemed to confirm her relationship status herself in an Oct. 18 late-night Instagram story post. While attending "best friend" Sarah Nicole Tanno's bachelorette dinner, a pink-haired Gaga (who held a bridesmaid prop in another post) referred to herself in a photo caption as "a single lady."

Gaga and Horton, an audio engineer, were first spotted kissing during a July 28 brunch at Studio City, California eatery Granville. As a source told People at the time, they dined for about an hour and "were kissing as they spoke really close up." The insider also noted that Gaga "seemed very happy when interacting with the guy she was with."

The pair had been working together since Nov. 2018, however, prior to the Oscar winner beginning her Enigma Las Vegas residency. Speculation Gaga and Horton were a couple persisted, though neither every officially confirmed their relationship. They further fueled dating rumors, however, attending The Cure's Aug. 31 concert in Pasadena, California where fans spotted them dancing and kissing. Not long afterward, Gaga documented an early Sept. date night in an IG story in which she tagged Horton and included a string of heart emojis.

Gaga had previously been engaged to agent Christian Carino. However, she and Carino called off their engagement in Feb. according to People. At the time, a source told the magazine that "it just didn't work out" and there was "no long dramatic story." Gaga acknowledged her split with Carino for the first time during one of the June shows of her Vegas residency, per E! News. "Last time I sang this song, I had a ring on my finger, so it'll be different this time," the singer told the audience, according to the outlet, before performing Ella Fitzgerald's "Someone to Watch Over Me."

The A Star Is Born actor was experiencing a different kind of hurt during her makeup artist's Oct. 18 bachelorette party. In another Instagram story from the evening, Gaga wrote that she was "in a lot of pain" but couldn't miss the dinner regardless. The singer was likely referencing an Oct. 17 fall during one of her Enigma shows. The incident occurred after Gaga leapt into a fan's arms, causing them both to fall off the stage. She reportedly landed on her back but returned to assure fans that she was unharmed, and to make sure that the fan was also OK.

Gaga told the audience "everything's OK, everything's OK," per People, before inviting the fan back to the stage. The magazine also reported that she made the man promise he would forgive himself for the accidental fall because "it takes two to tango."

The same day as Tanno's party, Gaga shared an X-Ray image of a hand via Instagram. "When they have to X-Ray almost your entire body...Just Dance. Gonna be ok👌" she captioned the Oct. 18 photo, referencing her 2008 hit, "Just Dance." The hand in the picture was also making the "OK" symbol with its fingers.

Despite these personal setbacks, Gaga seems intent upon assuring her fans that she is, indeed, OK. And whether its through potentially hinting at her reported breakup or sharing comical medical scans, social media appears to be the vehicle by which she is going to do so.

More like this
4 Surprising Celeb Throuples That Got The Internet Talking
By Sophie McEvoy
Selena Gomez Confirms She's Single Amid Drew Taggart Dating Rumors
By Martha Sorren, Jake Viswanath and Jack Irvin
Meghan Trainor & Daryl Sabara Are Expecting Their Second Baby
By Jake Viswanath
Adam Levine & Behati Prinsloo Welcome Their Third Child Together
By Jake Viswanath
Get Even More From Bustle — Sign Up For The Newsletter
From hair trends to relationship advice, our daily newsletter has everything you need to sound like a person who’s on TikTok, even if you aren’t.