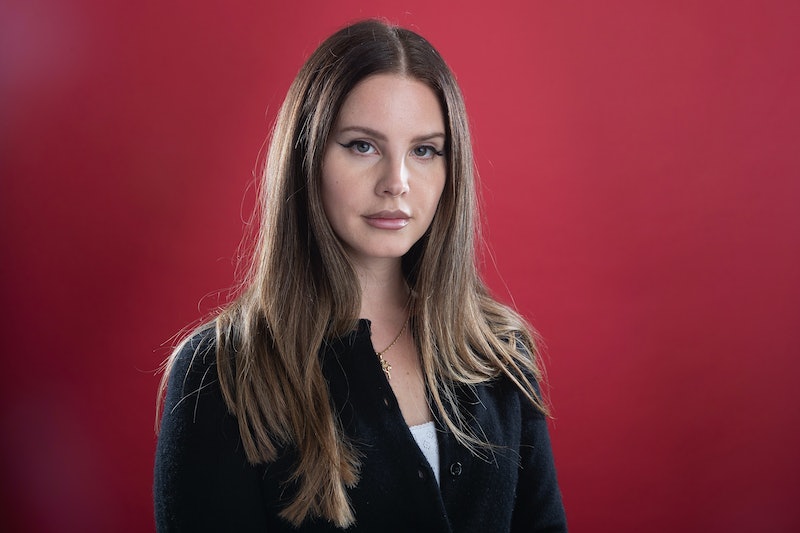 Days after sharing "final notes" on her "'controversial post' that's not controversial at all," Lana Del Rey responded to accusations of racism once again in a Monday, May 25 Instagram video. The singer began her IGTV message saying she doesn't "want to beat a dead horse" or "go on and on about this post thing." She spent the following six minutes, however, continuing to defend herself against the backlash she's faced in recent days, declaring: "I'm not the enemy, and I'm definitely not racist, so don't get it twisted. Nobody gets to tell your story except for you."

Del Rey drew criticism for a May 21 Instagram post in which she named several female musicians of color — including Beyoncé, Doja Cat, Kehlani, and Nicki Minaj — and described them as making music "about being sexy, wearing no clothes, f*cking, cheating, etc." After followers pointed out why her characterizations were problematic, she defended herself in a series of Instagram comments. "This is sad to make it about a WOC issue when I’m talking about my favorite singers," Del Rey wrote. "And this is the problem with society today, not everything is about whatever you want it to be."

Doubling down on those comments, Del Rey's latest post about the "the need for fragility in the feminist movement" added FKA Twigs' name into the mix of "friends, peers, and contemporaries" whose artistic expression is viewed differently than hers. "When I get on the pole people call me a whore, but when Twigs gets on the pole it's art," she claimed of the mixed race musician in her May 25 video. "The fact that they want to turn my post, my advocacy for fragility into a race war… it's really bad, it's actually really bad."

The self-described "girl's girl" also clarified a portion of her original post in which she wrote that "there has to be a place in feminism for women who look and act like" she does. "When I mentioned women who look like me, I didn't mean white like me," Del Rey explained. "I mean the kind of women who, you know, other people might not believe because they think 'Oh, well look at her, she f*cking deserves it' or whatever."

She previously implied that Ariana Grande reached out to her about the first post, and Del Rey has reportedly since unfollowed her "Don't Call Me Angel" collaborator on social media. Without naming names, she noted that not everyone has been so supportive of her commentary. "I'm sorry that some of the girls I talked to that I mentioned in that post have a super different opinion of my insight especially because we’ve been so close for so long," she said.

Regardless, Del Rey doesn't seem to think she owes anybody an apology. As she concluded her video: "God bless and, yeah, f*ck off if you don't like the post."

More like this
Twitter Is Divided Over Madonna’s Controversial 'Vanity Fair' Cover
By Alyssa Lapid
Who Gets Graceland After Lisa Marie Presley Died? Elvis’ Home Will Go Her Daughters
By Alyssa Lapid
Twitter Is Identifying With Sally Field & Jane Fonda’s Friendship In New Viral Video
By Jake Viswanath
Cruz Beckham Teased New Music With An Adorable Nod To Mom Victoria Beckham
By Stephanie Topacio Long
Get Even More From Bustle — Sign Up For The Newsletter
From hair trends to relationship advice, our daily newsletter has everything you need to sound like a person who’s on TikTok, even if you aren’t.