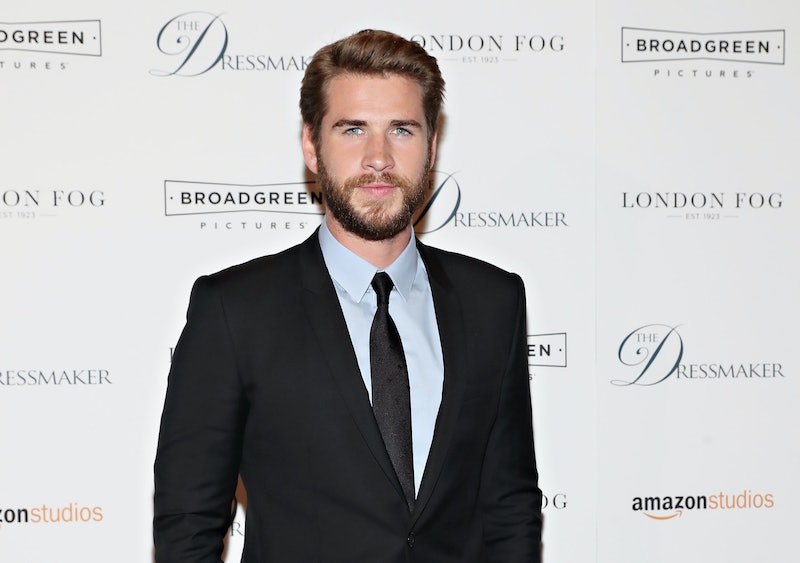 Liam Hemsworth may not want to talk about his love life, but he's happy to chat about his work life. Hemsworth's return to Instagram since his split with Miley Cyrus showed he's focusing on his career right now. Specifically, he's focused on his latest movie, which is out Aug. 30. A detail that fans might have missed with everything else that's going on in Hemsworth's orbit.

On Wednesday (Aug, 28), Hemsworth took to Instagram to announce the release date for his new movie Killerman. In it, Hemsworth plays Moe Diamond, a money launderer who has lost his memory and can't seem to shake some crooked cops who are after the millions he stole.

"Excited to announce a movie I worked on called Killerman will be released in the USA on August 30th," he wrote. "I’m incredibly proud of the work everyone did on it." He continued by shouting out the cast and crew including "one of my favorite actors," Brooklyn's Emory Cohen and Malik Bader, "an extremely creative and intelligent director."

He ended the Instagram by letting his followers know, "Blood, sweat and tears were shed from all who were involved." That's obvious from his photo choice: a shot of a bloodied and leather jacket clad Hemsworth looking rather rundown. "Independent film making is always a tough thing to pull off," he wrote, "and I just want to thank all the hard-working people who helped make it happen."

This is Hemsworth's first film project since news broke of his split from Cyrus after six months of marriage. Hemsworth filed for divorce earlier this week, according to a report from TMZ. Hemsworth hasn't commented on any of this, which is no surprise since his last Instagram post made it clear he would not be talking about the split publicly.

"This is a private matter and I have not made, nor will I be making, any comments to any journalists or media outlets," he wrote two earlier this month. "Any reported quotes attributed to me are false."

This message came after the The Daily Mail Australia claimed that they caught up with Hemsworth and his brother, Chris, while working out in Byron Bay. They reported that when asked about the breakup, Hemsworth replied, "You don't understand what it's like, mate. I don't want to talk about it, mate."

However, in that Instagram post, Hemsworth did let fans know that he wishes Cyrus "nothing but health and happiness going forward." Cyrus, who has been spending time with Kaitlynn Carter, posted a similar message to her ex on Twitter in a thread in which she cast doubt on rumors that she had cheated on Hemsworth. "I've said it before & it remains true," she wrote, "I love Liam and always will."

Like Hemsworth, Cyrus seems to be looking to focus on her work, something her rep stated when officially announcing the couple's breakup. "Ever-evolving, changing as partners and individuals," the statement said, "they have decided this is what’s best while they both focus on themselves and careers."

This week, Cyrus live-debuted her new single "Slide Away" at the MTV Video Music Awards, which is about her breakup with Hemsworth.

More like this
Selena + Chef Season 4 Was Filmed At Hannah Montana's Old Malibu House
By Jake Viswanath
Jamie Foxx Revealed The Question That Got Cameron Diaz To “Un-Retire”
By Grace Wehniainen
Before 'Bullet Train,' Revisit These Brad Pitt 'Fight Club' Premiere Photos From 1999
By Grace Wehniainen
What Is Brad Pitt’s Net Worth? The Bullet Train Star Now Makes 8 Figures Per Film
By Hugh McIntyre
Get Even More From Bustle — Sign Up For The Newsletter