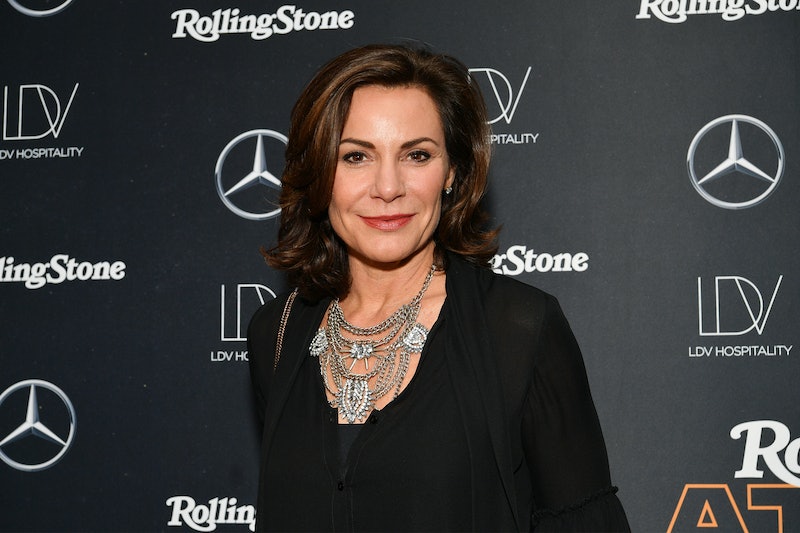 Money may not be able to buy you class, but it can buy you a paper bag that you can breathe into after you hear The Real Housewives of New York City star Luann de Lesseps announced she's moving to Los Angeles... on April Fools' Day. (For a second there, it sure felt like some unseen force flipped the Real Housewives universe upside-down, eh?) On Monday, April 1, The "Money Can’t Buy You Class" singer shared a photo she took while hiking in the City of Angels and wrote, "Big announcement: I love New York but it's time for a change. I’M MOVING TO LA INDEFINITELY! I hope the Beverly Hills ladies are ready!" To really drive the point home, Lu geotagged her Instagram post "Move to L.A."

Now, maybe when you first saw this, you forgot what day it was. Maybe you thought we were still in March. Or maybe you do not believe in April Fools' Day, period. Or maybe you are a gullible person. Or maybe you believe the timing of this post is nothing more than a funny coincidence. If any or all of those things happen to be the case, then you might've taken the star of Countess and Friends' "big announcement" at face value and are currently preparing to exist in a world where RHONY icon Lu lives approximately 2,500 miles away from the Big Apple.

Sure, she would thrive on RHOBH, you tell yourself. She'll thrive wherever the wind takes her. But if Lu left RHONY, those Herman Munster shoes would be impossible to fill, and the show would not feel right without her. (And yes, I know she was not the one who wore the Herman Munster shoes, but just go with it.)

Take a deep breath. Be cool. Don't be all, like, uncool. And do not worry, because Lu is not leaving NYC for Los Angeles.

First of all, today is, and I cannot stress this enough, April Fools' Day. So please be sure to take any “big announcements” you read today with several dozen grains of salt. (But also please be careful not to pull a Dorinda Medley and drop the salt shaker square on your foot.) Second, Lu ended the "big announcement" with the smirking face emoji, which is basically shorthand for "I'm totally pulling your leg. Aren't I a scamp?" Finally, Lu keeps replying to her followers' "omg is this an April Fools' joke???" comments with emojis like the cry-laughing face and the winking face, which is basically shorthand for "You caught me, but aren't I a scamp?"

Among the many folks who responded to to Lu's April Fools' post was Lu’s RHONY costar and on-again, off-again pal Bethenny Frankel. In the comments section of Luann's IG post, Bethenny wrote, "And I'm pregnant with Tom's baby." Don't let Bethenny's April Fools' joke be about Tom D’Agostino, you say? Welp, too late. It’s. About. Tom.

And Lu seems to be very here for Bethenny's joke about her ex-husband.