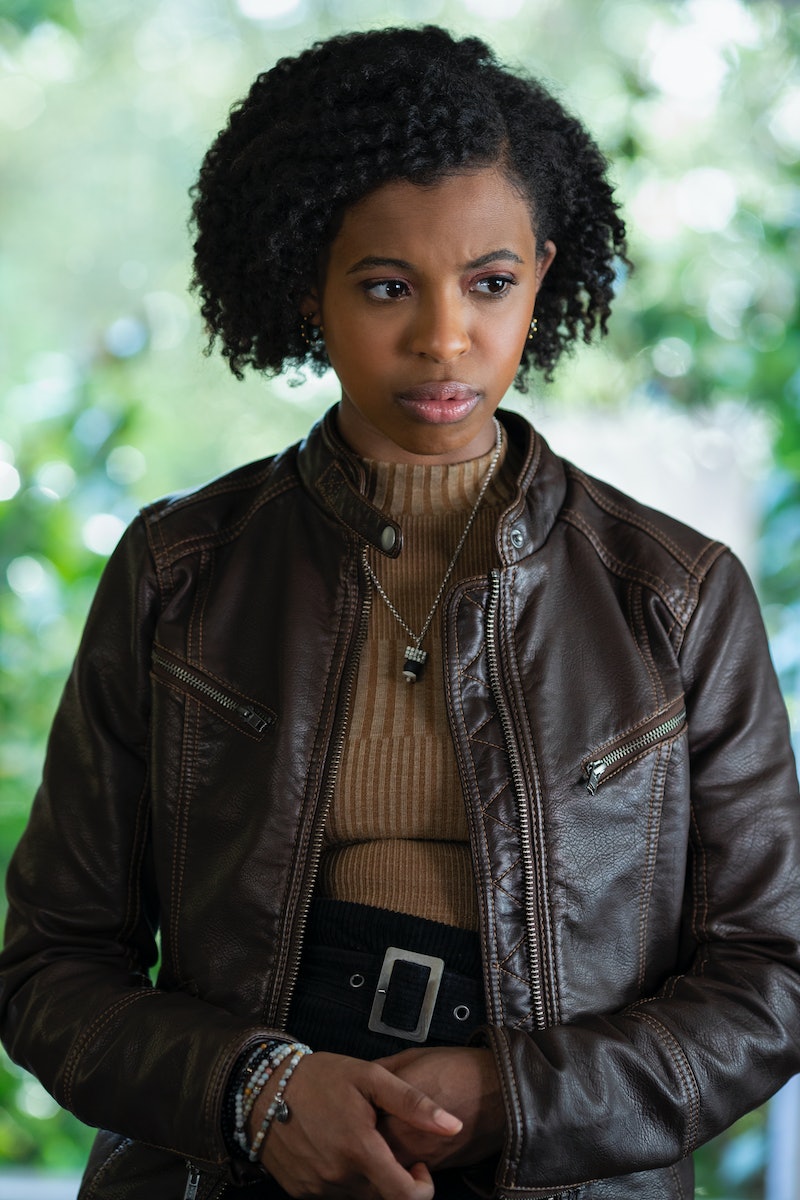 After Grace Saif reportedly left social media after being bullied by fans, Riverdale's Ashleigh Murray showed support for the 13 Reasons Why staron Twitter. Sadly, Murray, who plays Josie, shared that she had been met with similar vitriol from Riverdale fans.

On Sept. 1, the Twitter account @MediaCharts tweeted that Saif, who plays the new girl Ani in Season 3 of 13 Reasons Why, had "left social media and deleted all her posts after fans bullied her and sent her hateful comments because they didn’t like her character." @MediaCharts posted a photo of Saif's now vacant Instagram account, which had 21.2K followers then. At the time this post was published, Saif's account still had zero posts, but now had 40.8K followers. Her Twitter account had also been made private.

In response, Murray tweeted on Tuesday (Sept. 3) that her storyline on Riverdale had led to online hate. "People have literally called me a monkey, trash, sloppy, classless darkie and told me to jump in an oven because...," she wrote, "Josie kissed Archie."

The ellipses in her tweet seemed to emphasize how silly it is that fan would go after an actor for a storyline they didn't like on a show. As did the final line of her tweet, which took aim at those bullying Saif. "So, yeah, don’t blame her," Murray wrote.

According to Teen Vogue, after 13 Reasons Why premiered last month, fans of the show started taking aim at Saif, who is the narrator of this new season that tries to solve the murder of Bryce Walker. Saif's Ani lives with Bryce, which allows her a first-hand look at his life following last season's court case in which he was put on trial for sexually assaulting Jessica (Alisha Boe).

Some on Twitter went as far to say Saif "ruined" the show, while others took things a step further, bullying the young star of the show, according to Teen Vogue.

Like Murray, Timothy Granaderos, who plays Monty de la Cruz on 13 Reasons Why, took to social media to defend Saif. “Whether or not you support, like, or love, a character in our fictional tv show," he wrote on Instagram, "please remember that there is a talented and beautiful actor/actress bringing those scripted words to life."

In his post, which included a photo of him, Saif, and others in the cast, Granderos pointed out that one of the themes of the Netflix series is the toll bullying takes on people. “One of the underlining themes in our show is to take care of each other," he wrote. "I’ve seen some pretty nasty things being said online, concerning the introduction of a new character. Y’all are passionate & we love you for that, but PLEASE PLEASE try to be kind and respect the work of the talented actress/actor behind the character.”

In an interview with People, Anne Winters, who plays Chloe Rice, said that Saif is "like the sweetest girl ever. I really loved her character this season.” Winters also told the magazine that Saif's character was "vital to the story."

“I think her role was very important this season," Winters said, "because, you know, you need someone that has the other side of Bryce. And we wouldn’t have really gotten to see that unless there was some sort of new character that was living with him."

13 Reasons Why will return for its fourth and final season, reportedly with Saif reprising her role.