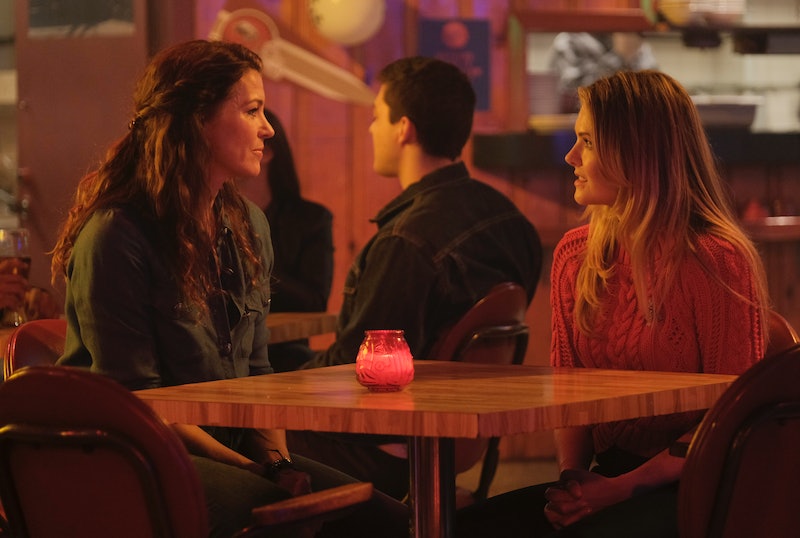 Parental relationships are always hard. As soon as you grow up enough to realize that your parents are fallible, regular people, the glass cracks and you have to recognize them for the human beings they are. Sutton’s relationship with her mother on The Bold Type is an ongoing, evolving thing, for better or for worse, and it goes to show that not everything in real life is as simple as it is on television.

Sutton’s relationship with her mom is complicated because of what Sutton remembers from her past. Babs was an alcoholic mother who spend more time on benders than actually parenting Sutton, and so Sutton was forced to fend for herself and make her life happen. It’s made Sutton a very self-sufficient person, which is fantastic, but it also has ruined any if all memories with her mother. When the bad outweighs the good in any relationship, that’s what you tend to remember.

When Sutton has to go to her hometown in Pennsylvania to get her birth certificate for her passport (she’s going to Paris for Fashion Week!), she is dreading it because she doesn’t want to deal with her mother. It makes sense, considering her mother’s past behavior and what Sutton remembers as a lifetime of neglect. That’s why Sutton left Pennsylvania in the first place — to get away from her mom and blaze her own trail free of Babs Brady.

When Sutton gets to the bar where her mother used to black out (and where she now works) to retrieve her birth certificate, Sutton is cold, closed. She knows her mom’s stories, and she’s not going to be taken in by her lies. Except now, Babs is sober and working and is making a clear effort to turn her life around. The house is even clean, much to Sutton’s surprise! As she slowly begins to open up to her mom, Sutton learns that Babs' newfound sobriety is all because she saw a picture of her daughter having fun with her friends in New York and realized that she needed to clean up her act or she wouldn’t be a part of Sutton’s life, ever. Battling addition isn't easy, but it looks like Babs has finally made it a priority in her life, and by extension, making Sutton a priority, too.

It’s through this heart-to-heart that Sutton sees her mother as just another person trying to better herself and make it through the day. And maybe because Sutton knows that her mother is just a human, perhaps it’s easier for her to open the doors and forgive her. To give it another shot.

Most parental relationships aren’t necessarily cut from the same cloth as Rory and Lorelai Gilmore, a duo so iconic that they’re the de facto gauge of mother/daughter relationship in modern television. But if you don’t have that kind of relationship with your parents, don’t worry — it doesn’t mean that you have the relationship that Meredith Grey had with her mom either. (You know, a horrible one.) Sutton and Babs are just OK, and they’re working on it.

Sutton’s relationship with her mother is much more real than most parental relationships on television because it's complicated and not coming from one extreme or the other. Most people's relationships with their parents fall somewhere in the middle and change over time as everyone's own lives and boundaries start to shift. And they Hopefully, Sutton and Babs will stay the course and get closer and Sutton will completely forgive her mother for the things she did when Sutton was young. It’s a process, sure, but at least Sutton and Babs are starting it.