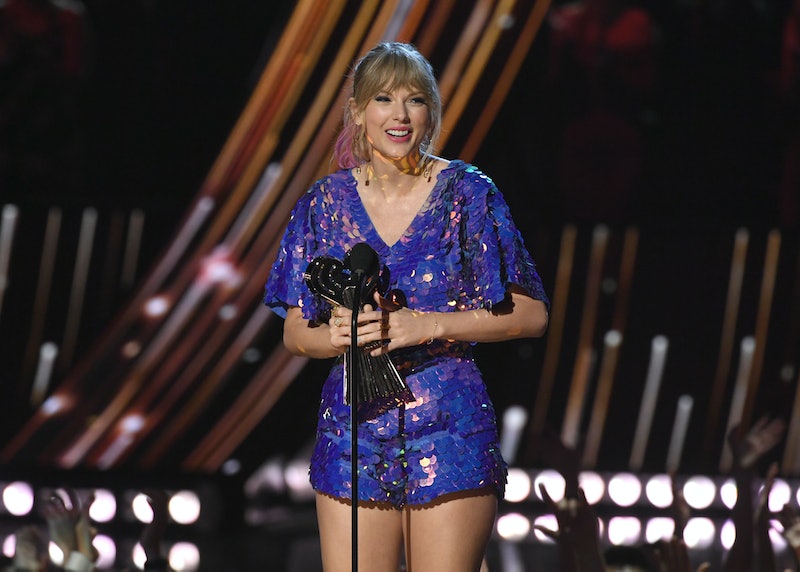 Taylor Swift may have only recently begun to publicly express her political views after years in the limelight, but it seems like she's making up for lost time. On Monday, April 8, Billboard reported that Swift donated to an LGBTQ advocacy group that's fighting for religious rights in her home state of Tennessee. The Tennessee Equality Project (TEP) is dedicated to equality for gay, lesbian, bisexual, and transgender residents through legislation and Swift reportedly supported their work through a $113,000 donation. The number 13 is significant to Swift and her sizable donation shows just how committed she is to advocating for LGBTQ rights.

As HuffPost outlined, the TEP is working to stop a number of bills in Tennessee's state legislature that include banning same-sex marriage and allowing adoption agencies to use religion to discriminate against prospective LGBTQ parents. The TEP says these bills "demean the worth of LGBTQ people" and Swift is financially supporting the organization in its fight to stop these bills from becoming state law.

Although the Pennsylvania transplant hasn't publicly commented on the situation, Swift did send a letter to accompany her generous donation. The letter was shared on the TEP's Facebook group page by executive director Chris Saunders, who received the donation from the musician, and on the organization's main Facebook page. Swift wrote:

"I'm writing you to say that I'm so inspired by the work you do, specifically in organizing the recent petition of Tennessee faith leaders standing up against the 'State of Hate' in our state legislature. Please convey my heartfelt thanks to them and accept this donation to support the work you and these leaders are doing. I'm so grateful that they're giving all people a place to worship."

This donation comes almost exactly six months after Swift broke her silence on her political views. In an Instagram post ahead of the 2018 midterm elections, Swift wrote, "In the past I've been reluctant to publicly voice my political opinions, but due to several events in my life and in the world in the past two years, I feel very differently about that now. I always have and always will cast my vote based on which candidate will protect and fight for the human rights I believe we all deserve in this country."

Swift's call to action didn't lead to her preferred candidate — Democrat Phil Bredesen — to win over Republican Marsha Blackburn in the U.S. Senate race. But experts noted to The Tennessean that Swift's influence may encourage more young people to register to vote. And her sway over young voters appeared to be immediately visible since just 24 hours after her post, Vote.org received about 65,000 new registrants.

Swift's recent donation proves that she's not done with her political advocacy efforts, as she promised she'd be doing more of in a March article for Elle. She talked about how using her platform to make political statements is something she decided is her "responsibility" as she approached the age of 30.

"I'm finding my voice in terms of politics," Swift wrote in Elle. "I took a lot of time educating myself on the political system and the branches of government that are signing off on bills that affect our day-to-day life. I saw so many issues that put our most vulnerable citizens at risk, and felt like I had to speak up to try and help make a change." She also noted how she's "going to do more to help" for the 2020 elections — and a month later, she seems to be making good on that promise.

In her October 2018 Instagram post, Swift noted how the rights of LGBTQ people are something that's particularly important to her. "I believe in the fight for LGBTQ rights, and that any form of discrimination based on sexual orientation or gender is WRONG," she wrote. "I cannot vote for someone who will not be willing to fight for dignity for ALL Americans, no matter their skin color, gender or who they love."

And it's clear that she's willing to put her money where her mouth is in the fight for equality. So expect more big moves from Swift as we get closer to the 2020 election season.