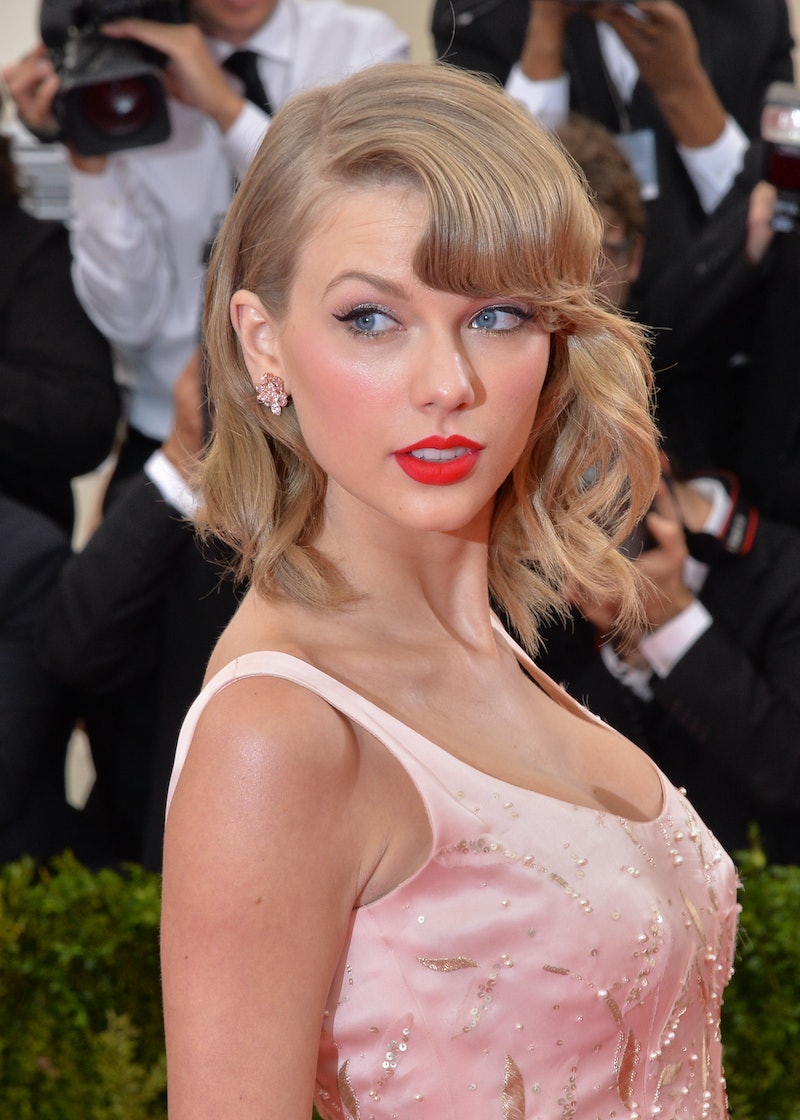 When Taylor Swift unexpectedly dropped a new single on Saturday night, people were totally not ready. But while the song seemingly came out of nowhere, observant fans on Twitter found that Swift actually hinted at the release of "...Ready For It?" way before anyone even noticed. No, not on her Instagram Story less than an hour before the football game, but instead, the clue was in front of our faces all along. Because, of course, it was. And if this is any indication, there may be a pattern here with Swift teasing Reputation's track list in her Instagram captions.

As Twitter user @QueenTayl0r pointed out, "...ready for it?" is what Swift wrote when dropping her previous song "Look What You Made Me Do" last week. To be honest, it's pretty brilliant that the singer left the track title out in the open and no one suspected a thing. Considering this is Swift that we're talking about, every social media post is carefully crafted (remember those snake videos?), which also means there's more to her word choice than just hyping up the new song.

By this point, Swifties are basically detectives, who scour the singer's social media and song lyrics for double meaning. And many times, they're not wrong. They seriously might be onto something here with Swift's clever captions.

If this is indeed a pattern, then Swift may have even revealed her next song title on Sunday morning. Again, this is speculation, but entirely possible. When announcing "...Ready For It?", Swift wrote on Instagram and Twitter, "A second glance into #reputation...ready for it? Link in bio."

Considering "...Ready For It?" had a greater meaning, Swift's next song might be called "A Second Glance." Twitter has already begun the guessing game, so it's only a matter of time before the truth comes out. For what it's worth, it definitely sounds like a title she would use.

At this rate, Swift could drop her next single any day now — with or without warning — but it seems like a safe bet that "A Second Glance" will be the title. As for the what the song will sound like, that is the real mystery here.