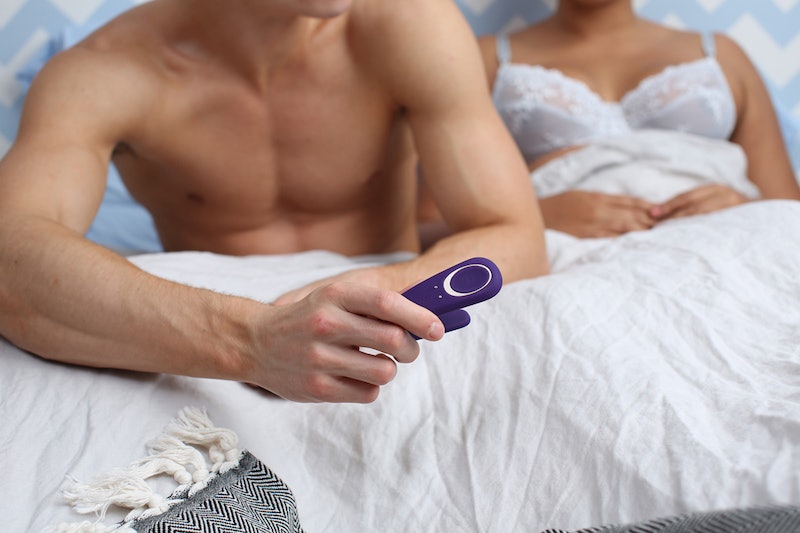 How did I not come around sooner? It seems so obvious that what will make you feel good alone will have the same effect in another's company. But the truth is, I'd always had a nagging feeling that sex with a toy wasn't "real" sex— that it would be less connected or romantic. The one time I suggested my ex use my vibrator on me, he confirmed this fear, saying, "I want to touch you, not a machine." Though he didn't intend it, that interaction made me feel ashamed. I wondered if I was too demanding in the bedroom, since my partner alone was not enough to satisfy me.

"There's this fear that sex toys are making people less into each other, that they're too mechanical etc, but they actually improve sex, make people want to be with each other, and can connect you over long distances," Claire Cavanah, co-founder of Babeland, tells Bustle.

Clearly, I've come a long way since then. Here are some reasons I love using sex toys with a partner and recommend that other couples try them.

More like this
What Are Swingers? Everything You Need To Know
By Lexi Inks
35 Sexy Texts To Send Your Partner
By Griffin Wynne and Carolyn Steber
Are Gemini & Leo Compatible In A Relationship?
By Kristine Fellizar
My BF Wants To Stay Friends With His Ex Primary Partner. What Do I Do?
By Sophia Benoit
Get Even More From Bustle — Sign Up For The Newsletter