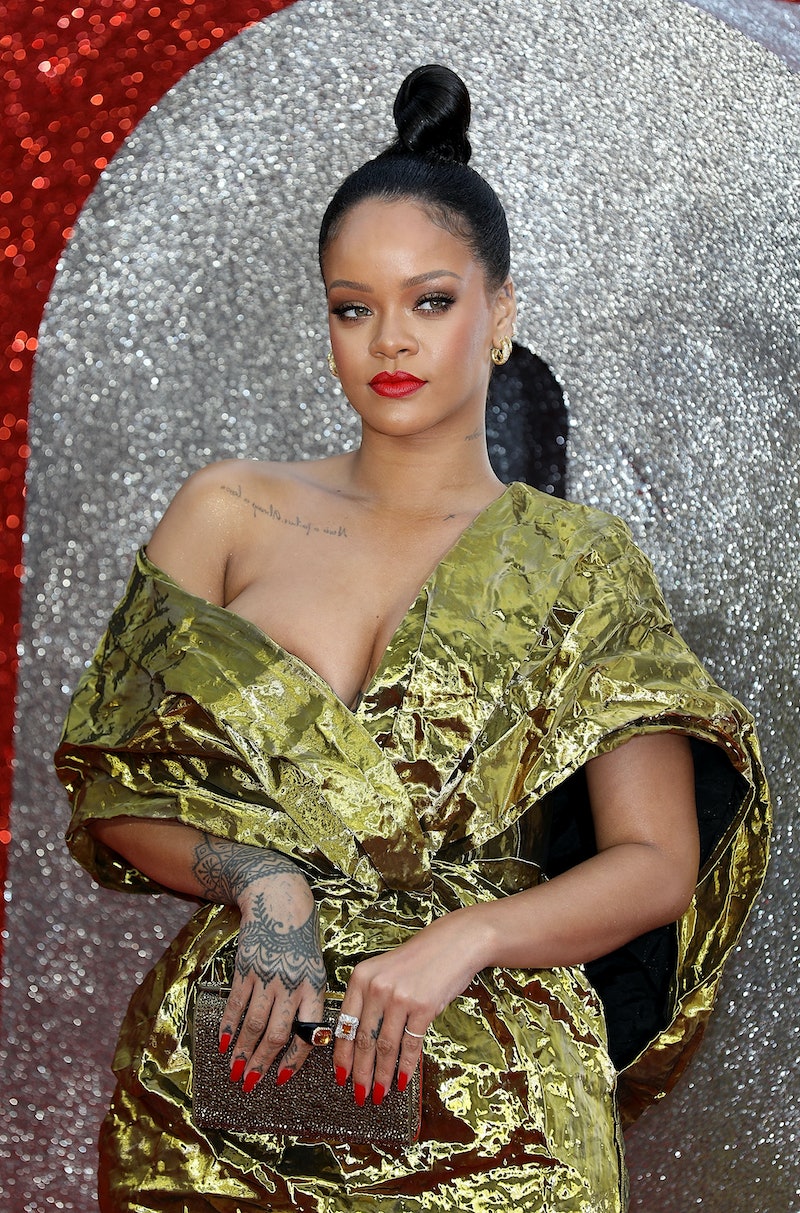 Everyone's favorite singer and dream best friend is coming soon to a theater near you ... in the form of a documentary all about Rihanna's life and empire, which will be directed by Peter Berg. The project was originally announced back in 2015, but Berg revealed in an Aug. 17 interview with Slashfilm that the Rihanna documentary will finally be released soon.

Though the director didn't say whether or not the film would chronicle Rihanna's childhood and rise to fame or whether it would give fans a more intimate look at her day-to-day life, he was able to tease some information about when fans can expect to see Rih Rih on the big screen. Berg told Slashfilm: "She’s a really, really interesting woman and the movie will be out in about a month and half, two months we’ll be able to start showing it."

The director continued, telling the publication: "I think she’s an extraordinary young woman and [the documentary] really is kind of a pretty comprehensive profile of what goes in to making her this talent that she is. The work ethic, the talent, luck, the hustle, the vision."

In addition to being a platinum selling musician, Rihanna has a best-selling makeup brand Fenty Beauty, her own lingerie line, a cool-kid collection in collaboration with PUMA, has appeared in blockbuster films like Ocean's 8, and she still makes time to be the coolest person on Instagram. It sounds like she'll give fans a glimpse as how she manages to do it all in the documentary.

The singer first met Berg when he directed her in the 2012 film Battleship. According to GQ UK, Berg was inspired to cast her in the film after seeing a clip of Rihanna in the Saturday Night Live sketch "Shy Ronnie." "She was funny as all hell!" the director said. "I knew in that moment that the girl could act. No question.

Of course, the documentary is just one of the major projects that the multi-hypenate entertainer has in the works: Rihanna has teased new music and a potential international tour on The Graham Norton Show back in June, while ELLE reported that she was planning to release a double album of new tracks. The singer told Vogue in May that she is working on a reggae album.

The singer most recently made headlines for becoming the first ever black woman to cover Vogue UK's September Issue. Rihanna was also recently spotted with singer, writer and actor Donald Glover on a film set in Cuba, and after the photos blew up on social media, Entertainment Tonight reported that the pair could be working on a new project for director and frequent Glover collaborator Hiro Murai.

Add onto that list the fact that Fenty Beauty just dropped a new collection, featuring the must-have Moroccan Spice palette, along with a silver highlighter and Savage x Fenty is always dropping new items, and it's hard to believe that any movie would be able to capture every single aspect of Rih's growing empire.

One thing is for certain: the singer's influence and inspiration knows no bounds, and once her documentary hits theaters later this year, the rest of the world will finally learn, once and for all, how she manages to balance every aspect of her life and still be the coolest chick in the universe.