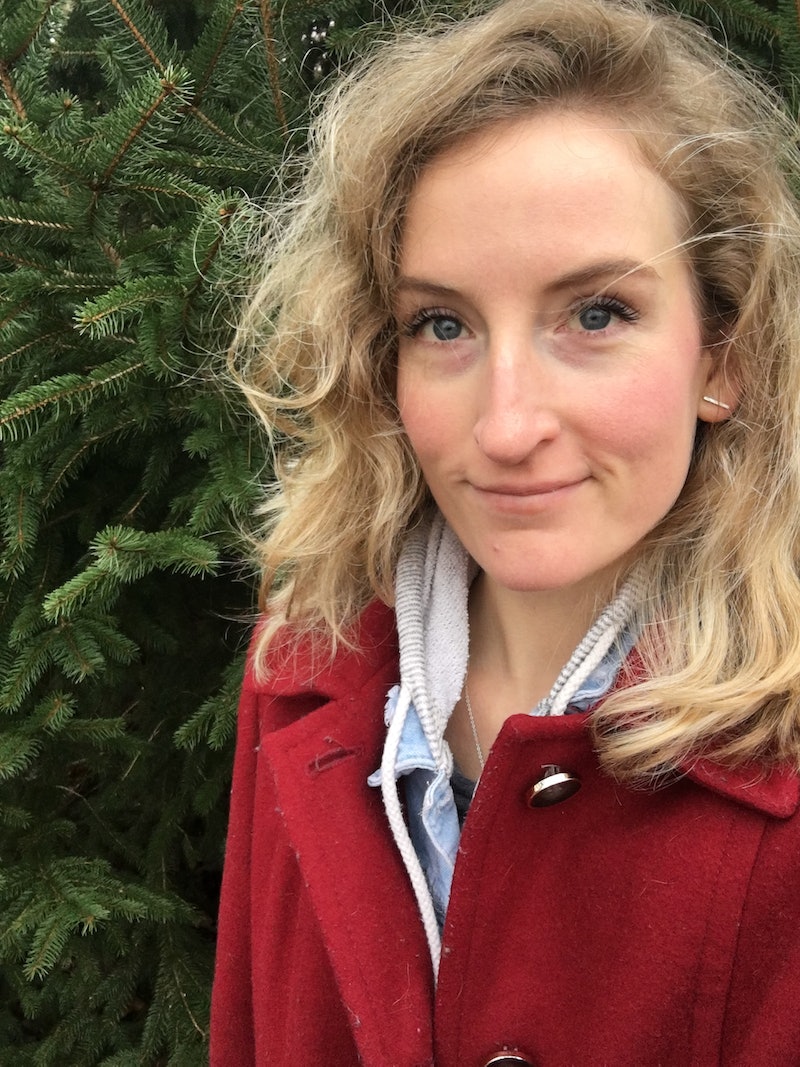 More women than ever are either waiting to have children or choosing not to have kids at all, and I totally get it. This doesn’t mean I haven’t considered having children someday, I've just never felt 100 percent sure that motherhood is for me. In my only long-term relationship to date, I often thought about what me and my ex’s kids would look like. (I’m utterly convinced that they would have been gorgeous.) When I thought I was pregnant last fall, it only took me a couple of weeks to decide that motherhood would be a better choice for me than abortion or adoption.

Still, I've never felt compelled to give birth, and I don’t see that as a negative thing. Actually, the only upsetting part of all this has been dealing with the annoying things I hear as a childless woman who's unsure she'll ever want to change that status.

Of course, I don’t think anyone who has ever told me that I’ll want kids “when I find the right partner” intended to upset me. And I want to believe the people who refer to their pre-kid selves as “selfish” aren’t passive-aggressively calling me selfish, too. That said, I feel like there’s no good excuse for anyone to comment on my ambivalence about having kids in a negative way. Here are five things I'm tired of hearing because I'm unsure about kids.

"I Was So Selfish Before I Had Kids"

If someone says they were more selfish before they had kids, then they probably were. I feel like it's absolutely true that there's very little room for selfishness when you're a parent to young children, and it's OK to talk about that. I still don't love hearing comments like the one above, though, and I think it would be great if parents said this kind of stuff less often.

The thing is, comments like these are problematic on a couple of levels. When I hear women say that they were selfish before they had kids, (I've yet to hear a man say this, fyi) it feels like they're implying that childless women are selfish for choosing their time over motherhood. Choosing not to have kids when you don't want them isn't really selfish at all — it's just knowing what you want your life to look like, and then making the choice that will lead you toward that vision. Plus, since not having kids is one of the best things you can do for the environment, it literally benefits the entire planet when someone decides against having children.

Finally, comments like this one also suggest that being selfish is inherently bad. But I don't think that's always true. If you're a single person without children or other familial obligations, your only major responsibilities in life are to take care of yourself, work hard, and be kind. When you're all you have to worry about, why wouldn't you focus most of your time and energy on yourself? Not only is it offensive to imply (however indirectly) that people without kids are selfish because they don't have kids, it's unhealthy to suggest that prioritizing self-improvement and valuing your needs are bad things. The fact is, there are times when acting in a way that could be considered self-centered is the healthiest choice you can make.

"That's Fine, But I Want To Leave A Legacy"

In my experience, the majority of people with and without children believe that having kids is the best way to leave your mark on the world. I can't count the times I've heard things like, "having kids is how you live on," or "I want to leave a legacy when I die." It bugs me, because comments like this suggest (perhaps unintentionally) that people who don't have children can't permanently impact their world. I simply cannot prescribe to that idea.

I mean, I think I understand why so many people (including myself, at times) are drawn to parenthood. Having kids is one way to ensure that your family continues, and I have no doubt that children enrich people's lives. (I know my nieces enrich mine.) It's just dangerously misinformed to perpetuate the idea that childless women (and men) don't contribute to humanity in a lasting way. Not only does this kind of thinking marginalize the lives of people who don't have kids, it's historically inaccurate. Queen Elizabeth I, Angela Davis, Gloria Steinem, and Frida Khalo are all childless women who will probably never be forgotten.

"If You Don't Want Kids, We Should Break Up Right Now"

I don't know what it is about men in their twenties, but in my limited experience, they always want to put a baby in me. My first long-term boyfriend and I used to get in so many arguments about it that he actually gave me a deadline at one point. (No, seriously.) When he told me he'd have to break up with me if I didn't have his baby by the time I was 31, a part of me knew our relationship wasn't going to work out like I'd hoped. My last boyfriend felt strongly about having children, too. On the night he asked me to take him back, (this was just two weeks after he'd dumped me) he said it was pointless for us to date if I couldn't picture myself having kids with him someday.

To be clear, I think it's OK for men who know they want kids to only seriously date women who also know they want kids. And in both of the relationships I referenced above, what ultimately broke us up wasn't the kids issue. Still, it's incredibly unsettling when the person you love puts a deadline on your uterus. It's equally upsetting to be not-so-vaguely threatened into choosing between making promises that you're not ready to make, or losing your partner.

Knowing what I know now, I don't think it would fair of me to date someone who's adamant about having children. Regardless, it's ridiculous to me that those two pressured me to commit to motherhood after I'd clearly communicated my ambivalence to them. So if ever again I find myself dating someone who gives me an ultimatum about babies, that will probably be the day we breakup.

"You'll Want Kids When You Find The Right Partner"

I've seriously considered the possibility that I might feel differently about having kids if I fell in love with someone who genuinely wanted to be the primary caregiver to our children. I'm not saying I would only have kids with someone who would be a stay-at-home parent — and I'm definitely not saying I would only have kids if I didn't have to hang out with them. I just know that I wouldn't be happy being a stay-at-home mom, and I don't think I'd be happy scaling back at work, either.

So if I were going to have kids, it would need to be with someone who could enthusiastically support these things about me. I would also expect them to do at least half of the housework, and be there for our kids when work called me away. If by some miracle I find this person one day, maybe I will decide motherhood is right for me. Maybe not. What annoys me is when people act like they could know that on my behalf.

"I Wish I Had As Much Free Time As You Do"

I don't doubt for one second that childless women have more free time than women with kids. I've been watching my sister raise her girls and work full-time for years, and I don't know how she manages all of it. She's shown me that moms don't actually get free time, they make it. Statistics have shown me this, too. More working moms are out-earning their partners than ever, but multiple studies show that men continue to do less housework than women. Moms are the most sleep deprived Americans, and stay-at-home moms would earn a $115,000 salary if they got paid for the work they do. So, yeah, I'm not contesting the fact that mothers have an insufficient amount of free time.

But just because I can empathize with parents who miss their free time doesn't mean I enjoy hearing their condescending comments about how I spend my time. For one thing, I work a lot. I've consistently held down multiple jobs since I was in college. Currently, I'm fortunate enough to have two steady jobs that I like quite a bit, and I also take on additional freelance work. For these reasons and more, I feel like there's really no positive way for me to take comments that imply I have an excessive amount of downtime. Maybe I'm projecting, but when I hear parents say crap like this, it feels like I'm either being guilt-tripped for having free time, or shamed for how I spend it. Either way, I'm tired of hearing it.

More like this
How Do I Deal With Both ED & Premature Ejaculation?
By Sophia Benoit
Virgo & Sagittarius Zodiac Compatibility, According To Astrologers
By Kristine Fellizar
The Best Time To Date After A Breakup, According To Experts
By Bustle Editors
Is It A Rebound Relationship Or The Real Thing?
By Carolyn Steber and Lexi Inks
Get Even More From Bustle — Sign Up For The Newsletter