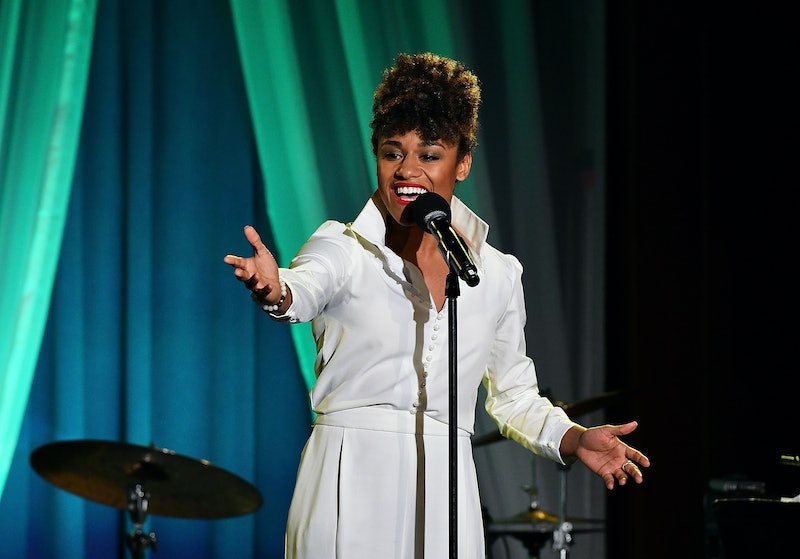 Now this is dedication. There is video of the West Side Story cast filming during New York City's massive heat wave that occurred over the weekend of July 20. The fact that the high temperatures didn't stop them from doing their jobs shows that the actors are going above and beyond to make sure the remake of the 1961 classic that won 10 Oscars is a standout.

The footage was captured and tweeted by Jeffrey Vizcaino, a video producer for Broadway World. Next to the clip, he wrote,

"#BTS of the #WestSideStory remake with superstar @ArianaDeBose killin' it as 'Anita' in the yellow dress! PS: The heat index in NYC today is 108°F!!!"

As you can see in the video below, you can hear them singing "America" and watch them showing off their fabulous dance moves. You can also see the old cars as props lining the streets. This version of the song that was originally sang by leads Rita Moreno (Anita) and George Chakiris (Bernardo) sounds pretty great. The dancing also appears to be top notch, not to mention Ariana DeBose definitely looks like she's "killin' it" as Anita, but this time in a yellow dress. For those who've seen the movie, then you know Moreno wore a beautiful purple dress as Anita with matching heels.

"America" is one of the more memorable songs from the movie accompanied with an iconic dance scene. During the performance, Anita and the women sing in favor of America and wanting to stay, because the country provides more opportunities. However, Bernardo and the men believe America doesn't accept people of color or give them the same opportunities as white individuals. Some might even say that the song unfortunately still applies at times in 2019.

In addition to DeBose as Anita, newcomer Rachel Zegler is playing Maria, Ansel Elgort is Tony, David Alvarez is Bernardo, and Josh Andrés Rivera will portray Chino. Original star Moreno will also be featured in the remake in the new role of Valentina, "a re-conceived and expanded version of the character of Doc, the owner of the corner store in which Tony works."

For Steven Spielberg, who is directing the remake, it was important for him to have a diverse cast featuring Latinx actors. He said in a statement (via Deadline),

"When we began this process a year ago, we announced that we would cast the roles of Maria, Anita, Bernardo, Chino and the Sharks with Latina and Latino actors. I’m so happy that we’ve assembled a cast that reflects the astonishing depth of talent in America’s multifaceted Hispanic community. I am in awe of the sheer force of the talent of these young performers, and I believe they’ll bring a new and electrifying energy to a magnificent musical that’s more relevant than ever."

As conflicted as some fans of the original West Side Story may feel about the remake, the movie couldn't come at a more appropriate and relevant time. Plus, based on the video tweeted, it certainly seems like the cast is doing the film justice.